You Are Here: Home → How an Israel Lobby Group Infiltrated US Education

How an Israel Lobby Group Infiltrated US Education 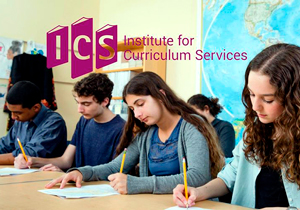 The Institute for Curriculum Services (ICS) claims to advocate for accuracy of K-12 instruction on US Jewish history – but backed by the Israel lobby it whitewashes the history of indigenous Palestinians and Israeli theft of their land, and even attempts to delete the word “Palestine” from textbooks. ICS also discourages students from researching the issue on their own.

ICS boasts that it has ‘improved public education’ in all 50 states and impacted 11 million students across the country.

by Jessica Buxbaum, reposted from MintPress.com, May 4, 2022

RICHMOND, VIRGINIA  — In 2018, the Virginia Coalition for Human Rights (VCHR) successfully stopped the state from adopting textbook edits made by the Institute for Curriculum Services (ICS), a pro-Israel “educational” institution.

The ICS promotes itself as improving the accuracy of K-12 instruction on Judaism and Jewish history in the United States. Yet, backed by the Israel lobby, its strategy appears more in line with advocating a Zionist narrative than enhancing education.

Today, ICS boasts that it has helped better public education in all 50 states and impacted 11 million students across the country. With this in mind, MintPress News uncovered how ICS is twisting the truth about Israel in U.S. schools.

The fight in Virginia

Following the webcast, the Institute for Research: Middle Eastern Policy (IRmep) sent a request to Virginia’s Department of Education, under the Virginia Freedom of Information Act, for all documents submitted by ICS, JCPA and JCRCs. IRmep found that ICS-proposed edits were sent to the Virginia Department of Education on behalf of the Jewish Community Federation of Richmond and the JCRCs of Greater Washington, Richmond, and Tidewater.

With these revelations, VCHR sent a letter to the Virginia Department of Education and the above publishers requesting that they not incorporate ICS edits. To VCHR’s knowledge, no ICS-sought changes were made to the textbooks during the 2018 review cycle.

“VCHR is of the opinion that ICS is not a true education outfit. It’s a public affairs and advocacy group,” Trabulsi said during her talk.

ICS operates as a nonproft under the 501(c)(3) status of San Francisco’s JCRC and is a grantee of the Schusterman Family Foundation, which also supports the American Israel Education Foundation, an American Israel Public Affairs Committee charity organizing congressional visits to Israel.

In addition to textbook revisions, ICS also hosts teacher training. Currently, 90 U.S. cities have hosted ICS workshops with over 6,000 teachers have participated. Trabulsi attended their flagship course entitled “Teaching the History of the Arab-Israeli Conflict Using Primary Sources.” She described their teaching methods during the conference:

[T]hey are highly selective about what documents they do include in their teaching modules. If you didn’t know the story of the Arab world and Israel, you’d think they’re pretty good. I remember one student remarking that the Israelis have offered peace to the Arabs so many times, what else could the Arabs possibly want?”

Trabulsi told MintPress that ICS doesn’t use primary sources that may alter the narrative they wish to set, such as the White Paper of 1939, a policy paper by the British government rejecting the establishment of a Jewish state in historic Palestine.

“VCHR believes that ICS is enmeshed with and funded by Israel affinity groups that drive their pro-Israel advocacy. We believe that this results in biased and inaccurate textbooks and teacher training,” Trabulsi said at the conference.

Institute for Curriculum Services’ involvement in textbooks across the US

MintPress sent freedom of information requests to the education departments or boards of all 50 states and the District of Columbia asking for all materials sent by ICS, JCPA, JCRCs, or Jewish federations during curriculum and textbook review processes.

Nineteen states responded that textbook and curriculum decisions are made at the local district level, so information on recommended changes is not available. Fourteen states said none of the aforementioned organizations contacted them regarding proposing textbook edits. Eleven states and D.C. did not respond by the time of writing. However, the states of California, New Mexico, Louisiana, South Carolina, and Kentucky provided information on correspondence they had with ICS, their state Jewish federations, and JCRCs.

ICS revisions in Kentucky focused on adding references to ancient Israel and the Holocaust in the content. The Jewish Federation of New Mexico sent their state’s education department an ICS review of social studies standards — advocating “Nation of Israel” be changed to “State of Israel.” In South Carolina, ICS reviews of a textbook from National Geographic Learning and Cengage Learning detailed adding references to acts of Palestinian terrorism.

In California, where ICS is based, JPAC, JCRCs of San Francisco and Sacramento, and the Jewish Federations of Greater Los Angeles and the Desert sent the state’s education department proposed revisions made by ICS. In their cover letter, the organizations commended California for accepting previous ICS edits.

In Louisiana, the North Louisiana Jewish Federation, Jewish Federation of Greater New Orleans and the Jewish Federation of Baton Rouge sent a letter to the state’s Department of Education on behalf of ICS recommending ICS revisions to content published by the American Book Company, The Gilder Lehrman Institute of American History, Studies Weekly, Edmentum, Houghton Mifflin Harcourt, and Brown University’s The Choices Program. ICS changes to these texts include:

Erasing the existence of Palestine and the indigenous identity of Palestinians was a common theme in ICS revisions. “They relabeled maps and they deleted all references to Palestine. You can call it Mandatory Palestine, but you can never call it Palestine,” Trabulsi said during the Israel Lobby conference. “They want to change the word Palestine to Palestinian. The reasoning is there is no state of Palestine, nor has there ever been.”

ICS, JCPA, and the Jewish Federations of North America did not respond to MintPress’ requests for comment.

The Israel agenda in schools – and progressive pushback

ICS isn’t the only pro-Israel organization attempting to shape the narrative on Israel-Palestine in American education. Left-wing activists accused the final adoption of the California Ethnic Studies Model Curriculum of being “white-washed” and “watered down” following opposition by pro-Israel groups.

The Anti-Defamation League’s No Place for Hate initiative is involved in thousands of schools across the U.S. and encourages these institutions to use ADL resources. Pro-Israel groups also continuously go after Palestinian and solidarity activists on college campuses across the country.

Yet progressive movements are fighting back. In 2018, the Texas Coalition for Human Rights (TCHR) successfully got the state’s board of education to change curriculum standards related to Palestine-Israel.

The following main changes were approved:

In November 2018, the Texas Board of Education heard public comments on its decision to update the school curriculum. TCHR testified in favor of changing the curriculum while Jewish community center Shalom Austin, the Jewish Community Relations Council, Jewish Federations in Texas, B’nai B’rith International, and Truth in Texas Textbooks all testified in favor of keeping the current standards.

TCHR activist Alex McDonald understands that more needs to be done in fixing the U.S.’ faulty school curriculum and ensuring accuracy, especially when it comes to Palestine. “The goal is to stifle the conversation and the criticism,” McDonald told MintPress News. “And ICS is just one small part of the brainwashing.”

Jessica Buxbaum is a Jerusalem-based journalist for MintPress News covering Palestine, Israel, and Syria. Her work has been featured in Middle East Eye, The New Arab and Gulf News.

MORE ON EDUCATION/INDOCTRINATION OF AMERICAN STUDENTS: