You Are Here: Home → When university donors have a pro-Israel agenda

When university donors have a pro-Israel agenda 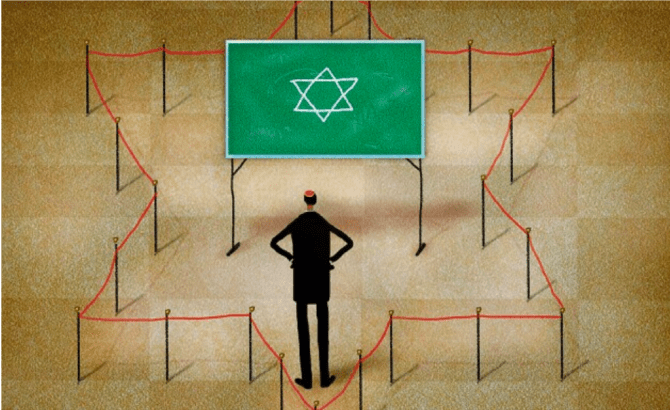 Philanthropy with strings attached: donors are getting bolder at the urging of pro-Israel organizations.

What should a university do when a mega-donor for a Jewish Studies program openly demands loyalty to Israel? Jewish studies and Israel studies throughout the U.S. owe almost the totality of their existence to philanthropic largess from Jewish donors, who then use ‘soft power’ to shape pro-Israel programs…

Recently, when a donor who gave $5 million to endow an Israel chair at the University of Washington complained about the chair’s criticism of Israel, UW stripped the professor of her chair and the money is reportedly being transferring to an Israel advocacy organization…

by Lila Corwin Berman, reposted from the Chronicle of Higher Education, March 15, 2022

In the fall of 2019, a prospective donor to my university handed me a list of six demands. The demands were printed on letterhead marked “StandWithUs” — an advocacy organization established in 2001 to support Israel. With close ties to Israel’s Ministry of Foreign Affairs, it is one of several right-wing pro-Israel organizations that regard university campuses as the front line in a fight against anti-Zionism and the boycott, divestment, and sanctions (BDS) movement.

I was not surprised that StandWithUs would instruct university donors to try to extract promises like the public condemnation of BDS (demand No. 5) or the allowance of the donor’s “personal oversight” over faculty appointments and curricular decisions (demand No. 6). I was surprised, though, that they would show me, a faculty member, their cards — effectively ending the game. “Can I keep this?” I asked, knowing it was the only gift my university could possibly take from them.

Recently, StandWithUs has emerged as a playmaker in reports about the University of Washington’s decision to return an endowment to a displeased donor. Six years ago, Becky Benaroya gave a $5-million gift to endow a chair and program in Israel studies.

But after the holder of the chair, Professor Liora Halperin, signed a statement critical of Israel during the May 2021 conflict with Gaza [see this], Benaroya complained to the university and, eventually, accepted the university’s offer to refund the endowment. A StandWithUs representative accompanied the 99-year-old Benaroya to several high-level meetings with university officials, and the endowment money is reportedly being transferred to StandWithUs.

In the wake of this unusual chain of events and the almost unprecedented decision of a university to respond to donor pressure by returning a completed gift, universities across the country must ask anew: What power should donors have?

The question is not unique to Jewish studies or Israel studies. A flood of gifts from the billionaires Charles and David Koch (David died in 2019) to universities over the last two decades has raised questions about the outsize influence of donors on programs and faculty appointments — and even given rise to a movement called “UnKoch My Campus.”

And Yale University’s Brady-Johnson Program in Grand Strategy made headlines this past fall after its donors demanded more advisory power, leading its faculty director to resign.

But because Jewish studies and Israel studies owe almost the totality of their existence to philanthropic largess from Jewish donors, the matter of donor expectations is especially consequential for these fields.

A 2003 study conducted through the Institute for Jewish & Community Research found that a full 61 percent of Jewish donors’ “mega-gifts,” valued at $10 million or more, were directed to higher education. The small fraction of those donations earmarked for Jewish studies and Israel studies programs has shaped those fields.

In 2013, the Association for Jewish Studies reported that North American colleges and universities were home to over 200 Jewish-studies programs or departments and 230 endowed professorships.

For decades, donors to these chairs and programs have employed strategies of soft power, making a call, sending an email, or requesting a meeting to express dismay about campus events. Donors’ soft power can be influential, leading to a last-minute addition to a panel or a public statement from a university official, but universities also have mechanisms designed to limit its reach.

Development offices can build strong and trusting relationships with donors while also setting limits, spelled out in gift agreements, on their power over curricular, programmatic, and personnel matters.

With growing boldness, however, organizations like StandWithUs, Campus Watch, and Canary Mission, all involved in pro-Israel activism on campus, are urging donors to exercise hard power. In a column written just after the University of Washington case broke, two StandWithUs legal advisers offered their services to donors who may feel “locked into funding anti-Israel professors and programs.”

Years of efforts to conflate critical speech about Israel with anti-Semitism, to create blacklists of purportedly anti-Zionist faculty and students, and to initiate lawsuits with long odds for success but high likelihood of generating negative press for universities have laid the groundwork for this bid to push pro-Israel donors to exert hard power on university campuses.

The events at the University of Washington offer an example of just what these organizations have in mind. When soft power techniques failed the donor, StandWithUs helped her find a backdoor to convert her soft power into a form of hard power.

The gift agreement that Benoraya signed with the University of Washington stipulated that by “mutual consent” the two parties could introduce amendments; but nowhere did it mandate the university refund the endowment in the case of difficult or failed negotiations.

And it certainly was not conditioned by the sorts of provisions — prohibitions against anti-Zionist speakers or power over hiring decisions — listed on the StandWithUs one-pager the potential donor had handed to me.

UW appears to have breached its fiduciary duties

With its decision to voluntarily refund the endowment, the university appears to have breached its fiduciary duties to advance its mission by effectively allowing the donor to block research and programming and strip a faculty member of her endowed chair. Recent statements from the university indicate that it is working to remedy these actions with its own dollars and new fundraising efforts, though the public details remain murky.

Most tangibly, thanks to the University of Washington’s highly unusual actions, StandWithUs has an extra $5 million in its pocket with which to wage its battle for hard power over universities. By facilitating the transfer of the endowment to StandWithUs, funds that were originally designated for broad scholarly discussions about “Israel in the Middle East and beyond” will now bolster a political organization’s efforts to discipline and control free inquiry at universities.

Jewish and Israel studies’ reliance on philanthropic support has put them in an enviably strong, though often complicated, position. Especially when universities, facing a decrease in public support, initiate austerity policies and cut costly programs, these programs have survived by the grace of their endowments and donors.

And while responding to community pressure can be complex, it need not be threatening or undermining. Indeed, it can be invigorating to speak to communities that care, that have a real stake in research and its interpretation.

But when outside organizations or donors attempt to translate the productive exchange of ideas among scholars and communities into a bid for hard power to punish scholars and restrict knowledge, then universities cannot afford to look the other way or fold. No gift, whether given or withheld, is worth ceding this kind of power. The stakes are simply too high.

Lila Corwin Berman is a professor of Jewish history at Temple University and the author of The American Jewish Philanthropic Complex: The History of a Multibillion-Dollar Institution (2020).

Washington U ‘committed’ to Israel Studies, after returning pro-Israel donation