You Are Here: Home → Florida bill would censor info on Israel-Palestine in schools, colleges

Florida bill would censor info on Israel-Palestine in schools, colleges 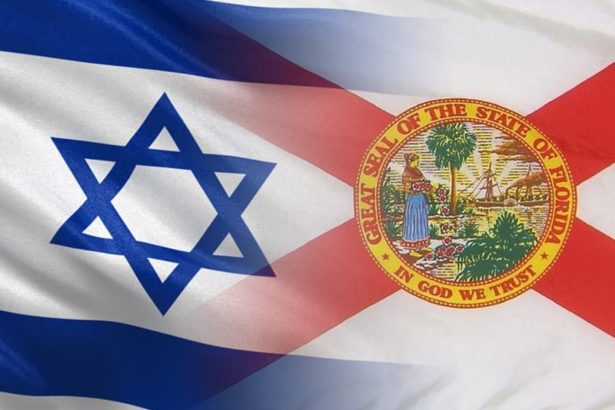 Three Florida state lawmakers have introduced a bipartisan bill that uses a new, Israel-centric definition of “anti-Semitism” that experts say would censor information about Israel-Palestine in Florida public schools and colleges.

The bill’s sponsor is Republican Mike Caruso of Palm County. The co-sponsors are Democrat Michael Grieco of Miami Beach and Republican Anthony Sabatini of Lake County.

Israel partisans are promoting such bills around the United States at both the state and federal level. The bills are part of an international effort to use an Israeli created redefinition of anti-Semitism to prohibit and even at times criminalize the dissemination of negative facts about Israel.

Entitled “HB 371 Discrimination In Florida K-20 Public Education System,” the bill contains a section on what it calls “anti-Semitism” that is virtually identical to a bill already passed in South Carolina.

Legislation using the same Israel-centric definition has been introduced in the U.S. Congress.

Section #7 of the Florida bill states that “a public K-20 educational institution must take into consideration anti-Semitism when determining if a practice or act was discrimination on the basis of religion. For purposes of this section, the term ‘anti-Semitism’ means all of the following…” The bill then lists 13 actions that are “anti-Semitic.” Nine of them concern Israel.

The standard, dictionary definition of anti-Semitism, discrimination or hostility against Jews, says nothing about Israel.

The new, Israel-centric definition of anti-Semitism was first formulated by an Israeli government minister in 2004. The official then assisted in procuring the adoption of this formulation in the United States. Israel partisan Hannah Rosenthal adopted it in the U.S. State Department in 2010.

Numerous analysts oppose the bills on the basis that they violate freedom of speech and academic inquiry.

The Miami New Times reports that the  ACLU of Florida plans to track the bill’s progress to ensure that it doesn’t silence political speech. An ACLU Florida spokesperson said that addressing anti-Semitism and all forms of religious discrimination “is crucial, but it does not justify silencing constitutionally protected speech. All Floridians have the right to free speech without the threat of government interference.”

The national American Civil Liberties Union (ACLU) has a record of opposing such legislation, stating that it poses “a serious threat to the First Amendment free speech rights of those on campus who may hold certain political views.”

In a letter of opposition to the federal bill, the ACLU stated: “The First Amendment prevents the federal government from using its great weight to impose severe penalties on a person simply for sharing a political viewpoint critical of Israel.”

An ACLU analysis points out that “anti-Semitic harassment is already illegal under federal law.” The new legislation “does not change that fact, but its overbreadth makes it likely that it will instead silence criticism of Israel that is protected by the First Amendment.”

The article, entitled “The Latest Attack on Free Speech in the Israel-Palestine Debate,” states that there is a “disturbing surge of government-led attempts to suppress the speech of people on only one side of the Israel-Palestine debate. The trend manifests on college campuses, in state contracts, and even in bills to change federal criminal law, but the impact is the same: Those who seek to protest, boycott, or otherwise criticize the Israeli government are being silenced.”

The authors conclude: “These efforts to censor criticism of the Israeli government and advocacy for Palestinian rights do a disservice to the real problem of anti-Semitism in the United States.”

They also work to cover up Israel’s decades-long record of human rights abuses and violations of international law.

One of the individuals who helped write the Israel-centric definition, attorney Kenneth Stern, has written that imposing it on campuses is “unconstitutional and unwise.” According to Stein, applying the definition to colleges “is a direct affront to academic freedom.”

Mike Caruso, sponsor of the Florida bill, is serving his first term in the Florida legislature after an extremely close election, winning with a 32-vote margin out of about 80,000 votes cast.

He represents Palm Beach County, known as a particularly pro-Israel area of Florida; approximately one third of the residents are Jewish and there are frequent pro-Israel events in the area. The local Jewish Federation website features a prominent announcement for the 2019 convention of the Israeli American Council, which advocates for Israel.

The U.S. House of Representatives earlier this month passed a bill that would force President Trump to appoint a special envoy who would monitor criticism of Israel.

The position was created in 2005 as part of the effort for the U.S. to adopt the Israel-centric definition. The bill has not yet gone to the Senate.

The first Senate bill of 2019, S.1, would finalize a $38 billion package to Israel, the largest military aid package in U.S. history. Attempts to move the bill to a quick vote have stalled while Congress debates the government shutdown.

A companion bill, H.R.336, has been introduced in the U.S. House of Representatives.

International campaign is criminalizing  criticism of Israel as ‘antisemitism’

Bill Would Label Criticism of Israel in Florida Schools “Anti-Semitic”