You Are Here: Home → ‘Does Israel Have A Right To Exist’ Is A Trick Question.

‘Does Israel Have A Right To Exist’ Is A Trick Question. 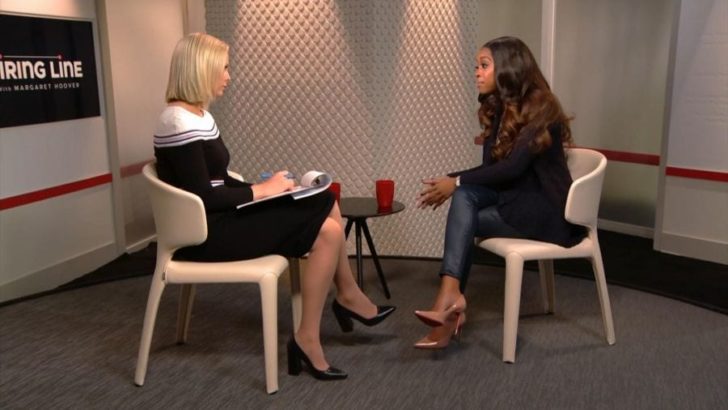 The question “Does Israel have the right to exist?” is intellectually dishonest and intended, almost always, to silence critics and criticism of Israeli policies. Anyone who does not answer with a resounding Yes is guaranteed the label “anti-Semite.”

This was Tamika Mallory’s recent predicament – but she went in full speed and declared that “all people have the right to exist.”

The proper question is, “Is the way in which Israel exists right?”

by Yousef Munayyer, The Forward

There’s a famous scene in the 1992 movie “My Cousin Vinny” where the out of work hairdresser Mona Lisa Vito, played by Marisa Tomei, takes the witness stand to provide expert testimony. The prosecutor, aiming to discredit and belittle Vito, asks her a convoluted question about the precise engine timing of a specific car.

“That’s a bullshit question!” Mona Lisa cries. And in response to the smug grin of the prosecutor, proceeds to explain that the car in question does not exist.

The performance earned Tomei an Academy Award, and is worth rewatching.

But it’s more than just a delightful scene. It’s a useful template for the kind of questioning that appears sincere but is actually an evasion tactic.

And it’s par for the course for those critical of Israel’s policies toward Palestinians.

I immediately thought about this scene when I watched a recent interview of Tamika Mallory. In it, Mallory was asked by The Firing Line’s Margaret Hoover a question that is constantly posed to critics of Israel’s policies: “Does Israel have a right to exist?”

Posted by Firing Line with Margaret Hoover on Thursday, January 17, 2019

This is, as Mona Lisa Vito would put it, a bullshit question.

Mallory for her part realized this. “I believe everyone has a right to exist,” she said multiple times, before shutting down the conversation and telling Hoover to move on.

This was absolutely correct. Because it is a trick question.

The truth is that no state has a “right to exist” — not Israel, not Palestine, not the United States. Neither do Zimbabwe, Chile, North Korea, Saudi Arabia or Luxembourg have a “right to exist.”

States do exist; there are about 200 in our world today, even though there are thousands of ethno-religious or ethno-linguistic groups.

And these states don’t exist because they have a “right” to. They exist because certain groups of people amassed enough political and material power to make territorial claims and establish governments, sometimes with the consent of those already living there and, oftentimes, at their expense.

Can you imagine asking indigenous Americans and indigenous rights activists — fighting for the rights of a population whose languages, societies, culture and possessions were categorically decimated in the process of erecting the United States — whether the United States has a “right to exist”?

That you can’t imagine this is testimony to the disingenuousness of the question. For this question is asked — almost always of critics of Israel’s policies — not for the purposes of debate and discourse, but rather, to create a gotcha moment, to undermine the credibility of the person questioned.

It is intellectually dishonest and intended, almost always, to silence critics and criticism of Israeli policies.

Worse, factors like the unfortunate though all-too-often-commonplace conflation of the State of Israel with Judaism and world Jewry, coupled with the awful history of persecution Jews have faced, mean that anyone who doesn’t answer the question about Israel’s right to exist with an unequivocal “yes” risks being portrayed as an eliminationist radical worthy of labels like “anti-Semite” and otherwise marginalized.

In other words, it’s a set-up.

Criticizing Israel’s policies toward the Palestinian people, including during its establishment and since, in the form of discriminatory policies against refugee repatriation, should never be conflated with eliminationism. The policies of all states should be open to criticism.

As Mallory rightly noted, it is humans, not states, that have a right to exist. This includes all people: those who identify as Israelis and Palestinians alike, along with seven billion others.

People also have a whole set of other rights — human rights, which states cannot deny. These include the right to free movement, the right to consent to being governed, the right to enter and exit their country, the right not to be tortured or collectively punished, and so on.

It is by guaranteeing these rights and only by guaranteeing them that states derive their moral legitimacy; it is not from some mythical “right to exist” or even the historical need of their people, but rather from the extent to which their policies respect the rights of people.

The question should not be “Does Israel have a right to exist” but rather, “Is the way in which Israel exists right?”

And for us Palestinians at least, the answer is clearly no.

For Palestinians, the establishment of the state of Israel had very real and horrific consequences. It meant the vast majority of our people were forced from their land, separated from their families, possessions and property.

It meant their villages, hundreds of them, were destroyed so they wouldn’t have homes to return to.

It meant they might die in a refugee camp, longing to return to farm their ancestral fields. It meant they would live as second-class citizens, seen as a “demographic threat” to the state. And it meant that if they objected to this, or even just tried to walk home, they could be killed or imprisoned.

Since the establishment of the state of Israel involved these horrors for Palestinians, asking supporters of Palestinian rights if “Israel has a right to exist” is effectively asking them to accept that Israel had a right to treat Palestinians in this way.

People who use this intellectually dishonest question as an attempt at a gotcha game are participating, wittingly or not, in an effort to silence and marginalize criticism of Israel’s abusive policies.

And in so doing, it asks the victims of Israel’s policies to silence their criticism, defending its horrific occupation behind a claim to a “right to exist.”

Could Apartheid South Africa have defended its policies behind a claim that the regime had a “right to exist”? Could Jim Crow Alabama have claimed a “right to exist” to defend its separate and unequal policies? Last I checked, South Africa and Alabama still exist; so do white and black populations in each, and they both exercise self-determination through equal rights to the vote. What no longer exists are the overt and systemic policies of Apartheid and Jim Crow and, even though much work remains to achieve real equality in both places.

We should fight for that outcome in Israel/Palestine, where the rights of all people to freedom, justice and equality come before the so-called “rights” of any state to deny them.

Israel can continue to try to deny the rights of Palestinians for some time, but it will only become harder to do with each passing day. Attempting to hide behind dishonest rhetorical devices is not going to cut it anymore.

Yousef Munayyer, a political analyst and writer, is Executive Director of the US Campaign for Palestinian Rights.