You Are Here: Home → Israeli military kill Jamil al-Kayyal with bullet to the head

Israeli military kill Jamil al-Kayyal with bullet to the head 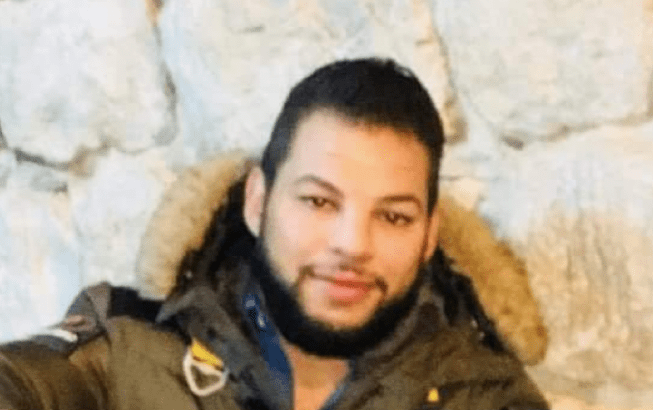 After Israeli forces invaded a neighborhood near Nablus, they fired live rounds, killing one Palestinian protester; others were injured as the soldiers caused havoc in the town.

Israeli soldiers killed, on Sunday at night, a young Palestinian man, and injured two others, after the army invaded Nablus city, in the northern part of the occupied West Bank.

Ahmad Jibril, the director of the Nablus office of the Palestinian Red Crescent Society (PRCS), said the soldiers killed Jamil Mohammad al-Kayyal, 31, after shooting him with a live round in the head.

Jibril added that the army jeeps also chased many Palestinians, and rammed two young men, causing moderate wounds, in addition to causing many to suffer the effects of tear gas inhalation.

Furthermore, the soldiers also abducted a young man, identified as Amir al-Haj, and took him to an unknown destination.

After the death of the young man, Palestinian resistance fighters exchanged fire with the invading soldiers.

It is worth mentioning that Palestinian medics took the corpse of the slain young man to a hospital in Nablus, where his family rushed to, while hundreds of Palestinians gathered in front of the hospital while chanting against the ongoing Israeli occupation and its escalating crimes and calling for resisting the Israeli occupation until liberation and independence.