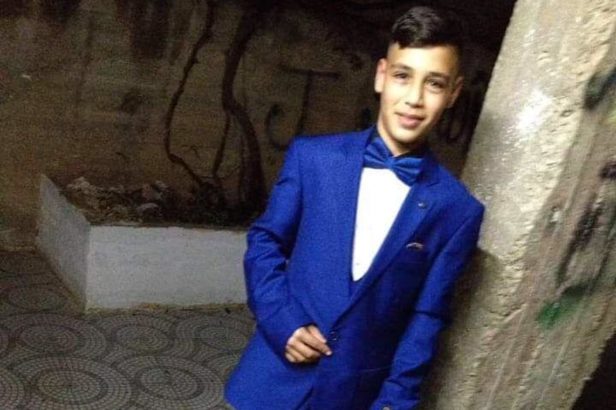 Omar Abu Assab was shot to death last week; Israeli officials have confiscated his body. Abu Assab is the 16th Palestinian minor to be killed by Israelis in 2021.

Omar Ibrahim Ayoub Abu Assab, 16, was shot and killed by an armed Israeli civilian after he allegedly stabbed two Israeli paramilitary border police officers in Jerusalem’s Old City around 5:30 p.m. on November 17, according to documentation gathered by Defense for Children International – Palestine. An armed Israeli civilian shot Omar multiple times as he seemingly struggled with an Israeli border police officer, according to DCIP’s investigation.

“There must be an independent and impartial investigation of this killing to ensure accountability,” said Ayed Abu Eqtaish, accountability program director at DCIP. “Where individuals allegedly carry out a violent criminal act, they should be apprehended in accordance with international law and afforded due process of law.”

Omar Abu Assab’s body remains in Israeli custody, and DCIP has been unable to determine the location or number of gunshot wounds he sustained. Omar’s parents and older brother were detained from their home in East Jerusalem’s Issawiya neighborhood and questioned by Israeli police after the killing. They were only notified of Omar’s death after their interrogations, according to information gathered by DCIP.

The incident took place next to a Jewish seminary founded by the pro-settler Ateret Kohanim organization. The armed civilian who shot and killed Omar was identified in news media reports as the head of the yeshiva. The two border police officers were taken to Hadassah hospital in Jerusalem in light and moderate condition, Haaretz reported.

Omar Abu Assab is the 16th Palestinian child shot and killed by Israeli forces or civilians in the occupied West Bank, including East Jerusalem, since the beginning of 2021, according to documentation gathered by DCIP. Israeli forces shot and killed Mohammad Amjad Salem Da’das, 15, on November 5 during confrontations between Israeli soldiers and Palestinian youth near the illegal Israeli settlement Elon Moreh, northeast of Nablus in the occupied West Bank.

Israeli forces shot and killed 14-year-old Amjad Osama Jalal Abu Sultan after he lit a Molotov cocktail in Beit Jala, in the central West Bank on October 14. Israeli forces shot and killed 15-year-old Yousef Mohammad Fathi Odeh on September 26 after he allegedly picked up a gun and fired at an Israeli military vehicle during an early morning military raid in Burqin, west of Jenin in the northern West Bank.