You Are Here: Home → Israeli forces have killed 39 Palestinian men, women, & children since May

Israeli forces have killed 39 Palestinian men, women, & children since May 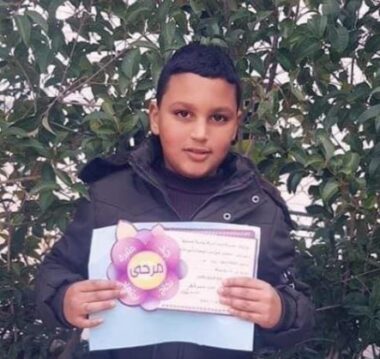 Mohammad Mo’ayyad Bahjat Abu Sara, 11, a Palestinian sixth grade student. He was was shot dead by Israeli forces on June 28, 2021 as he sat in his father’s car near the entrance to the town of Beit Ummar located north of Hebron in the West Bank. (IMEMC)

While there was some media coverage of the May violence, U.S. media have largely ignored the continued killing and invasions in the months since…

During this time, Israeli forces have also invaded Palestinian towns and villages daily; attacked farmers and fishermen; abducted and assaulted dozens of men, women, and children; and destroyed homes and other buildings; while Israeli settlers (aka Israelis living in illegal Israeli colonies on Palestinian land), have periodically rampaged through the area, uprooted masses of Palestinian olive trees, stolen Palestinian crops, attacked shepherds, etc.

If armed Arab forces were invading Israeli towns every day, beating Israelis, abducting them, and destroying their trees and farms, it is hard to imagine that U.S. media would not report it.

Yet, U.S. media largely fail to report the situation for Palestinians, the historic context, and the fact that the U.S. has given tiny Israel far more U.S. tax money than to any other nation on earth. The media also rarely reveal the extraordinary power of the pro-Israel lobby in the United States.

To see the situation for Palestinians, go here.