You Are Here: Home → Israeli lawmaker regrets that ethnic cleansing of Palestinians was not completed

Israeli lawmaker regrets that ethnic cleansing of Palestinians was not completed 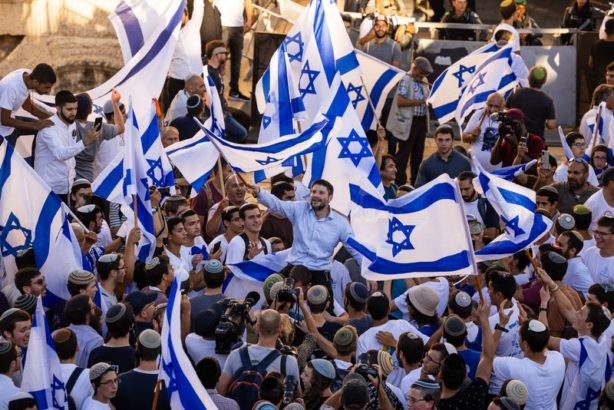 Plenty of Israel partisans deny or explain away the Nakba – the ethnic cleansing of hundreds of thousands of Palestinians c.1948 – but Israeli political leader Bezalel Smotrich openly admits it, and wishes it had gone further.

Bezalel Smotrich, an Israeli lawmaker, has admitted what any serious historian, and every Palestinian, already knows: The ethnic cleansing of 800,000 Palestinians by Zionist militias before and after Israel was established in 1948 is undeniable. After the state’s establishment in May 1948, the Israeli military itself took part in the expulsion.

“You’re here by mistake, it’s a mistake that Ben-Gurion didn’t finish the job and didn’t throw you out in 1948,” Smotrich, who heads the Religious Zionist Party, yelled at Palestinian members of the Knesset, Israel’s parliament on Wednesday.

Settler MK Bezalel Smotrich to Arab members of the Knesset: “You are here by accident. Because Ben Gurion didn’t finish the job and threw you out in 48.”

Decrying ethnic cleansing as not extensive enough. No words, but no surprise.

David Ben-Gurion, Israel’s first prime minister, was the architect of the organized expulsion campaign – the dispossession Palestinians call the Nakba.

Smotrich was angered that some members of the Knesset were pushing back on his racist call for Israel to have a “Jewish majority.”

He attacked them as “anti-Zionists, terror supporters, enemies,” noting, “I’m not speaking to you.”

But he did speak to them in chilling language to regret that the wiping away of hundreds of thousands of Palestinians from their homeland by Zionist militias had not gone far enough.

This sort of racism is nothing new for Smotrich.

In 2015, he claimed God commanded Jews not to sell homes to Arabs.

“I believe in God’s words,” Smotrich stated. “I prefer that Jews make a living and wouldn’t sell a house to Arabs.”

It is an injunction that is heeded by Israel’s state-backed Jewish National Fund, whose discriminatory policies are designed to prevent Palestinian citizens of Israel from leasing lands and homes, including property confiscated during the Nakba.

Smotrich supports segregation and expulsion for Palestinians. Daniel Blatman, a prominent Israeli scholar of the Holocaust, has called his ideas potentially genocidal.

It would be difficult to put any sort of mitigating spin on Smotrich’s latest outburst, but that did not stop Democratic Majority for Israel, a lobby group affiliated with President Joe Biden’s ruling Democratic Party, from giving it a try.

DMFI raised an objection to what it termed “racist” and “disgusting” remarks by Smotrich, before quickly pivoting to what it views as the permanent trump card of Prime Minister Naftali Bennett’s governing coalition: Israel being “the only country in the region where Jews and Arabs govern together.”

Racist anti-Arab tirades like this have no place in any country's politics. We strongly condemn Smotrich’s disgusting remarks. One positive development: Israel's new government makes it the only country in the region where Jews & Arabs govern together. https://t.co/T3igTwjztr

DMFI may object to the tone of Smotrich’s comments – presumably for the bad publicity they give Israel – but its record demonstrates that it does not disagree with their substance, particularly the racism.

However, DMFI is arguably less honest than Smotrich.

While the Israeli lawmaker admits that Israel expelled Palestinians and regrets that it didn’t expel them all, the Democratic Party lobby group asserts only that Palestinians “fled.”

The reality of ethnic cleansing is inconvenient for those, like DMFI, aiming to justify or deny the Nakba.

Nor did DMFI make any mention of the fact that last year it cited a map produced by Regavim, an organization that Smotrich co-founded and at one time served as its director of operations.

It did so in the context of sending a memo to members of Congress that defends Israel’s mass demolition of the occupied West Bank community of Khirbet Humsa.

DMFI, in fact, held residents of Khirbet Humsa responsible for their own forced expulsion by Israeli occupation forces.

Here's what DMFI said in response to a demolition that left 11 families homeless:

"Those living in the encampment knowing put themselves in danger."

It's in the memo, here: https://t.co/lk6baSEaMW

The supposedly left of center organization also has Archie Gottesman, a promoter of genocide against Palestinians, as a board member. In June 2018, she tweeted: “Gaza is full of monsters. Time to burn the whole place.”

To maintain a semblance of credibility on the left, Democratic Majority for Israel needs to make an occasional rebuke of a racist Israeli politician. But this should fool no one.

The Anti-Defamation League took a similar approach to DMFI, tweeting that Smotrich’s “hateful and racist comments have no place in the Knesset.”

The ADL even asserted that “treating Israel’s Arab citizens as anything less than equal to Jews goes against Israel’s founding democratic principles and must never be tolerated.”

MK Smotrich’s hateful and racist comments have no place in the Knesset. Treating Israel’s Arab citizens as anything less than equal to Jews goes against Israel’s founding democratic principles and must never be tolerated. https://t.co/tH2gGWcArJ

But this supposed commitment to equality flies in the face of the obvious fact that there are dozens of Israeli laws that discriminate against Palestinians. Saying otherwise, as the ADL attempts, does not make it so.

The ADL, like DMFI, opposes the return home of Palestinian refugees expelled by Ben-Gurion, and their descendants, solely on the grounds that they are not Jews.

If these organizations were serious about fighting Israel’s discrimination against Palestinians then they would do far more than just wait for the most egregious statements of racism to condemn. But since their mission is to deny, defend and justify Israel’s violations of Palestinian rights, that won’t happen.

Like Smotrich, they support Israel as an ethnocracy that discriminates against the indigenous Palestinians. They are just more adept at trying to wrap this in language more palatable to an American liberal audience.

Their rebukes notwithstanding, they remain very close to Smotrich in practice by insisting on Israel being “a Jewish state” – a situation that can only be maintained by perpetuating massive violations of Palestinian rights, especially those of refugees.

As of Friday afternoon, The New York Times hadn’t seen fit to print Smotrich’s endorsement of ethnic cleansing. Nor had The Washington Post.

Michael F. Brown is an independent journalist. His work and views have appeared in The International Herald Tribune, TheNation.com, The San Diego Union-Tribune, The News & Observer, The Atlanta Journal-Constitution, The Washington Post and elsewhere.