You Are Here: Home → Congress has introduced over 70 pieces of Israel-centric legislation so far in 2021 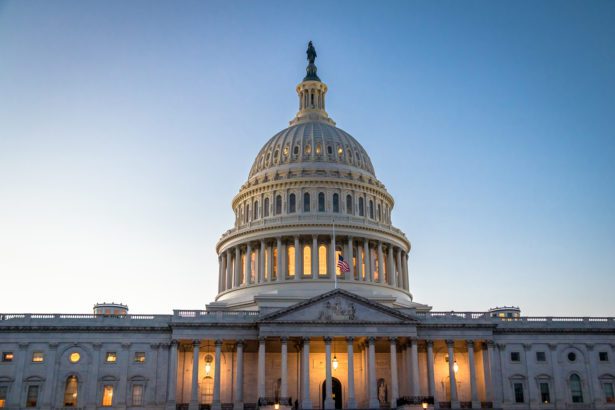 The US Congress can’t agree on much, but they manage to keep a stream of legislation – and cash – for Israel flowing year-round. (Pictured: United States Capitol building in Washington, DC.)

With documentation from 150 sources, If Americans Knew presents over 70 pieces of legislation now under consideration in Congress, which seek to guarantee Israel, not just $10 million a day in military aid, but also an additional $10 million per day expended on items because they benefit Israel, as well as protection from criticism, condemnation of its adversaries, and support for new allies – with nothing in return, and in spite of Israel’s bad behavior. Justice for Palestinians is the subject of one bill.

For a country that practices apartheid, defies international law, and engages in ethnic cleansing, Israel is popular in the US Congress. During just about 125 days in session, the houses of Congress managed to entertain more than 70 new pieces of legislation pandering to Israel.

It is no coincidence that the pro-Israel lobby is arguably the most pervasive and influential lobby in the U.S. – and that Israel partisans, many of them billionaires, make massive campaign donations to both parties.

This year’s legislative items include plenty of military aid and non-financial perks for Israel, and scoldings for those who speak ill (if truthfully) of the Jewish state.

Americans need to know how generous our legislators are with our tax dollars – toward a country that is universally known to be a human rights abuser. Below is a list of legislation currently under consideration in Congress (and there will be more in the coming days). Also find links to plenty of facts about Israel –  illustrating that Israel may not be the sort of state that Americans should bankroll.

(Note that the three bills in support of Palestinian rights – one quite robust, and two marginally beneficial – at the bottom of the article.)

Legislation to provide money for Israel

This first batch of legislation seeks to provide the standard annual $3.8 billion in military aid to Israel ($10.8 million a day), and then some.

Since 1946, two years before Israel’s founding on 78% of mandatory Palestine, the US has given Israel $154.7 billion in total military aid (adjusted for inflation: $243.9 billion) – more US assistance than any other country since World War II – this in spite of US laws that forbid military aid to countries committing gross human rights violations (like Israel).

Some of the legislation listed here ensures the flow of the usual sum of $3.8 billion a year; others seek to fund Israel through less direct ways. If these pass, taken together they may bring our daily contribution on behalf of Israel closer to $20 million.

As always, Congress members lined up to introduce legislation in support of what they claim is America’s “greatest ally.” The facts don’t support this claim – see this, and this, and this and this.

S.Res.226 Expressing the sense of the Senate that the US supports Israel, our greatest ally in the region, and its right to defend itself against terrorist attacks

H.Res.394 Expresses support for Israel’s efforts of self-determination and collective security against external forces, recognizes Jerusalem as the legitimate capital city of Israel, and condemns actions by Hamas against the people of Israel

Legislation censuring Palestinians (Hamas and other “terrorists”), their allies, and other ne’er-do-wells

A supply of new legislation in 2021, as always, takes the form of threats and punishment of Israel’s adversaries.

H.R.1543 No Social Media Accounts for Terrorists or State Sponsors of Terrorism Act of 2021

H.Res.396 Condemning the rocket attacks perpetrated against Israel by Hamas in May, 2021, and expressing that the US must continue to invest in and support Israel’s security and sovereignty

A number of bills and resolutions were introduced during and after Israel’s attack on Gaza in May – some were related to alleged and actual antisemitic incidents triggered by the attack; others targeted Congress members who criticized Israel’s actions.

S.Res.250, S.Res.252, H.Res.428, S.1939, H.R.3515, H.Res.557 (all of these resolutions are built on an inaccurate, Israel-centric reading of current events, in which pro-Palestine or pro-Hamas Americans attacked or harassed Jews (allegedly antisemitic acts), triggered by “violence against Israel” at that time)

This session of Congress has seen a slew of bills that, rather than giving Israel “special” treatment, seek to position Israel as just another state like all the rest. This tacit acceptance of Israel as a “normal” state ignores the fact that it was established in 1948 by a war of ethnic cleansing, has been violating international laws for decades, has been censured by the United Nations hundreds of times, and is therefore considered a rogue state by much of the world.

S.Res.344 Expressing support for the State of Israel joining the African Union under observer status

H.Res.558 & S.Res.377 Urging the European Union to designate Hezbollah in its entirety as a terrorist organization

Legislation acknowledging that both Palestinian and Israeli lives matter

S.Res.225 & H.Res.429 Expressing the sense of the Senate regarding the value of Palestinian and Israeli lives and urging an immediate ceasefire and diplomatic efforts to resolve the Israeli-Palestinian conflict

If it seems to you like our Congress is spending too much of its time – and too many of our tax dollars – on Israel, please contact them and tell them so.