You Are Here: Home → Israeli soldier kills Jamil Abu ‘Ayyash in “excessive use of force” 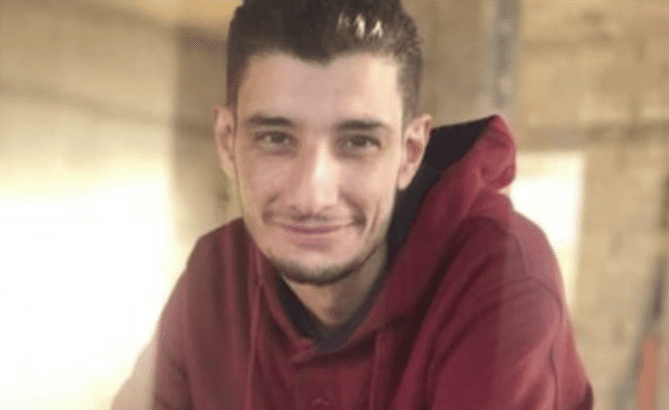 The latest victim of Israeli violence was Jamil Abu ‘Ayyash, age 32, killed with a bullet to the back of the head while participating in a peaceful protest and posing no threat.

In new crime of excessive use of force, Israeli occupation forces (IOF) killed, on Friday afternoon, a Palestinian civilian during the suppression of a peaceful protest Beita village, southeast of Nablus.

According to PCHR’s investigations, IOF directly targeted the Palestinian civilian in the head at a close range of 50 meters, without any justification or posing threat to the soldiers’ lives. This crime proves IOF unjustifiable lenient shooting standards in disregard for Palestinian civilians’ lives.

According to PCHR’s investigations, at approximately 12:15 on Friday, 10 December, a peaceful protest took off in the Beita Park, southeast of Nablus, towards al-Hotah area, east of Mount Sabih, east of the village, where IOF established “Avatar” settlement outpost 8 months ago. The protestors raised Palestinian flags and chanted slogans against the Israeli occupation and settlers. When they arrived, they were surprised with IOF taking their positions near the Mount. IOF immediately fired teargas canisters at the protesters, and intensive clashes broke out.

The protesters threw stones at IOF, who continued to fire live and rubber-coated bullets as well as teargas canisters at the protesters, and the clashes expanded to reach the area surrounding the Mount. During the clashes, which continued until around 15:00, a Palestinian civilian was shot with a bullet in the head and sustained critical wounds while others suffocated due to teargas inhalation.

As a result, the wounded was taken to the field hospital in Beita village and then referred to Rafidia Governmental Hospital in Nablus, where he was announced dead at 16:00. The murdered was later identified as Jamil Jamal Ahmed Abu ‘Ayyash (32), from Beita village.

An eyewitness said to PCHR’s fieldworker that:

“An Israeli soldier fired 2 bullets from 40 to 50 meters on the top of the Mount; one of the bullets was in the air while the other hit Jamil Abu ‘Ayyash, who was in front of the soldier trying to turn back and fled away. Meanwhile, Abu ‘Ayyash did not pose any imminent threat to the soldiers’ lives.

Abu ‘Ayyash was shot in the back of the head and fell on the ground. Protesters carried him while his head was open and bleeding. He was put in a Palestinian ambulance and taken to the field hospital in the area. He was referred to Rafidia Governmental Hospital in Nablus, where he was announced dead at 16:00.”

This victim is the ninth Palestinian shot dead by IOF during suppression of peaceful protests in Beita village since the establishment of the settlement outpost.

PCHR reiterates its call on the international community to act immediately to stop the IOF crimes and renews its call on the High Contracting Parties to the Fourth Geneva Convention to fulfill their obligations under Article 1; i.e. to respect and ensure respect for the Convention in all circumstances and their obligations under Article 146 to prosecute persons alleged to commit grave breaches of the Fourth Geneva Convention and guarantee Palestinian civilians’ right to protection in the occupied Palestinian territory.