You Are Here: Home → Israeli Soldiers Kill A Palestinian Man, Injure His Wife, Near Jerusalem 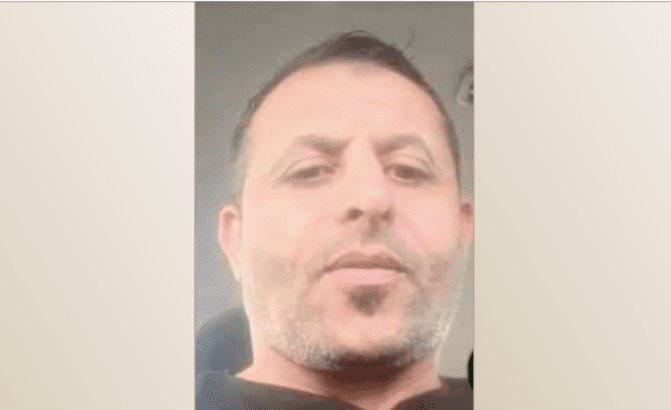 A Palestinian couple follows Israeli soldier’s orders; one ends up in the morgue, the other in the hospital. Israeli military opened fire on their car near a checkpoint in Palestinian Territory, not Israel.

Israeli soldiers killed, on Tuesday morning, a Palestinian man, and injured his wife, after opening fire at their car near the occupied Palestinian capital, Jerusalem, in the West Bank.

The Palestinian Health Ministry has confirmed that the soldiers shot Osama Sidqi Mansour, 42, with a live round in the head while was driving his car on the road between Biddu village to al-Jeeb town, northwest of Jerusalem.

It added that the man’s wife was also injured in the same incident, after the soldiers shot her in the back, and was rushed to a Palestinian hospital in Ramallah. Her condition was described as stable.

The army claimed that its soldiers were “operating” in Bir Nibala nearby village before the driver “attempted to ram them with his car.”

The Israeli military spokesperson alleged that the soldiers set up a roadblock and were standing there in order to close the area while the army operated nearby before the Palestinian driver “approached them with his car and started talking to the soldiers before he suddenly sped towards them before they opened fire.

The allegations were strongly refuted by the family and were described as another Israeli attempt to justify a cold-blooded murder.

Talking to reporters from his hospital bed, the wounded wife said, “we were heading back home, and on the road, we saw two Israeli military vehicles, and many soldiers on the road; they stopped our car, along with many cars, but one soldier told us we could go.”

“But that is when the soldiers started shooting at our car, my husband was hit while driving and slumped over my chest,” she added, “I first realized I was shot, and tried to tell him, but this is when he was hit with their bullets….”

Eyewitnesses, including Fateh movement secretary in Jerusalem, Adel Abu Zneid, told the Palestinian News & Info Agency (WAFA) the incident involving Osama Mansour took place approximately at 3:30 at dawn, and added that a soldier hurled a concussion grenade at the man’s car before he tried to drive away from it, and the soldiers then opened fire at his car.