You Are Here: Home → Palestinian Dies in Fire After Israeli Checkpoint Holds Up Firetruck 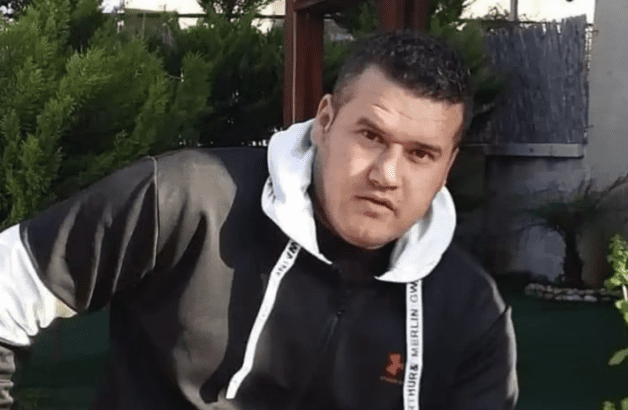 Ahmad Dola died after firefighters were prevented from entering his neighborhood to help.

A Palestinian man died on Monday in a fire in his home in a Jerusalem neighborhood, after Israeli soldiers prevented a firetruck from passing through the Qalandiyah checkpoint to reach Kafr Aqab, located in Jerusalem’s municipal borders but on the Palestinian side of the separation barrier.

The fire broke out in the Dola family’s home in the early morning, seemingly from an electrical short circuit in a heater’s electric cord. Ahmad, 34, woke up and went to the neighbors to call for help, and then returned home in an attempt to rescue his wife and two-month-old son.

The mother and son escaped with help from neighbors, but were later taken to hospital in serious and moderate condition, respectively, due to smoke inhalation. The father collapsed after inhaling smoke, and was later pronounced dead.

The neighbors called the fire department but when the firetruck arrived at Qalandiyah checkpoint, Israeli soldiers did not allow it to pass without waiting for a military escort. After about half an hour, the neighbors called Palestinian rescue forces from Ramallah, who also took their time in arriving, but in the end arrived and evacuated the family. The mother was in a serious condition and the baby was in a moderate condition from smoke inhalation.

In a number of past cases, rescue services were held up at the checkpoint, which separates between Kafr Aqab and the rest of the city.

Five years ago, it was announced that a fire station would be constructed at the checkpoint, and would be manned by Palestinian firemen who live in that area of Jerusalem. The station, however, never started operating.

The 80,000 residents of the Palestinian neighborhood live in harsh conditions because a large number of Israeli authorities do not operate in the East Jerusalem area.

In a rare and almost unprecedented move, Jerusalem mayor Moshe Leon visited Kafr Aqab three weeks ago, promising to advance the construction of an educational compound and sports facilities in the neighborhood, as well as provide services to residents and improve the infrastructure. Many previous Jerusalem mayors did not enter the neighborhood.

But residents say the situation in the neighborhood is dire and nothing has changed. Samikh Abu Ramila, a well-known activist in the neighborhood, told Haaretz: “Kafr Aqab doesn’t interest anyone: we don’t receive any services, we have no mailboxes, the roads aren’t paved, the municipality doesn’t do sewage and there are no well-baby clinics. We are living a half life because of the checkpoint.”

Regarding the incident, an IDF Spokesperson said that “Israeli firefighters were not allowed to enter the neighborhood because the conditions did not allow it, and because of the inherent risk of soldiers entering. The [IDF’s] District Coordinating Office called Palestinian rescue services to the scene, who provided aid to the residents and put out the fire.”