You Are Here: Home → Israeli forces kill 3 Palestinians in one day 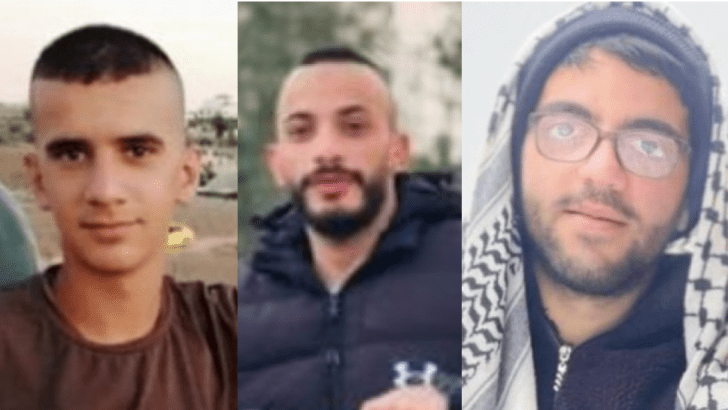 Two Palestinians were killed Tuesday in an Israeli raid on the town of Jenin. A third was shot by Israeli forces near Bethlehem, allegedly for throwing stones; soldiers turned an ambulance away, and the victim bled to death.

On Tuesday at dawn, Palestinian medical sources have confirmed that Shadi Najm, 18, died from serious wounds he suffered on Monday night after the soldiers shot him with live rounds in Jenin city.

Medical sources said the soldiers shot Najm in the head before the medics rushed him to a hospital in Jenin, in the northern occupied West Bank.

Najm was admitted to surgery and died from his wounds at the Intensive Care Unit. The Israeli bullets shattered his skull and lodged in the brain.

The sources added that the soldiers also shot many Palestinians with live fire and rubber-coated steel bullets and caused dozens to suffer the effects of tear gas inhalation.

The head of Urgent Care at Ibn Sina Hospital in Jenin said that Shadi was admitted to surgery before succumbing to his serious wounds.

He added that the Palestinian was shot with a live round in the stem of his brain.

Palestinian national and popular factions declared a general strike in Jenin to mourn the deaths of Shadi Najm in addition to Abdullah al-Hosary, 22, who was killed during a fire exchange with Israeli soldiers in Jenin late on Monday at night.

It is worth mentioning that the soldiers also abducted two former political prisoners in Jenin during extensive and violent invasions and searches of homes.

The killing of the two Palestinians also led to massive protests in Jenin, before the soldiers attacked the protesters with live rounds, rubber-coated steel bullets, gas bombs, and concussion grenades.

On Tuesday evening, Israeli soldiers killed a young Palestinian man at the main entrance of Beit Fajjar town, south of Bethlehem in the occupied West Bank.

It added that the slain young man is from the al-‘Arroub refugee camp, north of Hebron, in the southern part of the occupied West Bank.

After shooting the young man, the soldiers prevented Palestinian medics from reaching him before he bled to death.

The soldiers wrapped his body with a plastic sheet and took it to an unknown destination.

According to Israeli soldiers, the soldiers “observed the young man hurting stones towards their direction and shot him.”

OTHER RECENT KILLINGS BY ISRAEL: