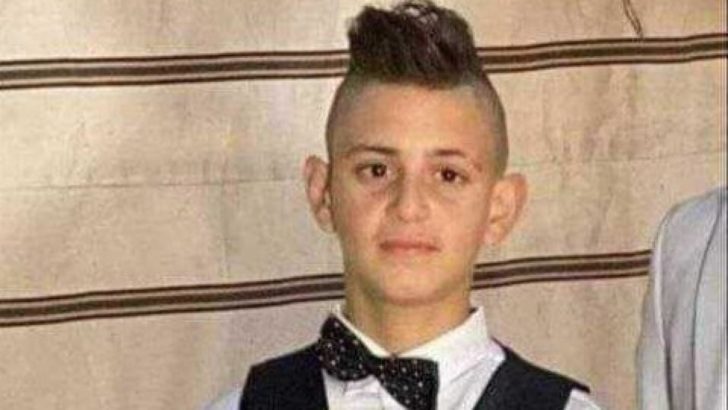 Business as usual: Israeli soldiers shot 13-year-old Mohammed Shehadeh in the chest when he posed no danger, then prevented an ambulance from reaching him.

An Israeli soldier fatally shot Mohammad Rezq Shehadeh Salah in the torso in the early evening on February 22 near the Israeli separation barrier in Al-Khader, southwest of Bethlehem in the central occupied West Bank, according to documentation collected by Defense for Children International – Palestine. Mohammad was approximately 100 meters (330 feet) from the separation barrier when he was shot. Israeli forces frequently enter the village through doors in the separation barrier located nearby. Earwitnesses reported hearing at least three gunshots, according to information gathered by DCIP.

“Israeli forces routinely unlawfully kill Palestinian children with impunity, using excessive force and unjustified intentional lethal force,” said Ayed Abu Eqtaish, accountability program director at DCIP. “If a child is suspected of committing a criminal act, they should be apprehended in accordance with international standards and afforded due process of law.”

After Mohammad was injured and lying on the ground, Israeli forces approached him and removed his clothes, according to video footage taken after the shooting. Israeli forces prevented a Palestinian ambulance from reaching Mohammad, according to information collected by DCIP. Mohammad remained on the ground for around 30 minutes before soldiers put him on a stretcher and carried him to Route 60, a main north-to-south route in the occupied West Bank, according to information collected by DCIP.

Mohammad’s father, Rezq Shehadeh Salah, went to Route 60 and saw two Israeli ambulances. He tried to learn more about his son’s condition, but soldiers prevented him from approaching the area, threatened him with their firearms, and told him to turn back, he told DCIP.

Around 8:40 p.m., the Palestinian Ministry of Health announced that Mohammad had succumbed to his injuries. Mohammad’s body was withheld overnight by Israeli authorities and was returned to his family today, according to information gathered by DCIP.

An Israeli military statement alleged that Mohammad was throwing a Molotov cocktail at the time he was shot, Haaretz reported.

Mohammad is the second Palestinian child killed by Israeli forces in 2022, according to documentation collected by DCIP. An Israeli sniper shot and killed 16-year-old Mohammad Akram Ali Taher Abu Salah with live ammunition on February 13 while Israeli forces deployed in the village of Silat Al-Harithiya near Jenin in the northern occupied West Bank, according to documentation collected by DCIP.

Under international law, intentional lethal force is only justified in circumstances where a direct threat to life or of serious injury is present. However, investigations and evidence collected by DCIP regularly suggest that Israeli forces use lethal force against Palestinian children in circumstances that may amount to extrajudicial or willful killings.