You Are Here: Home → Israeli apartheid policies are constricting Palestinian rights across the board

Israeli apartheid policies are constricting Palestinian rights across the board 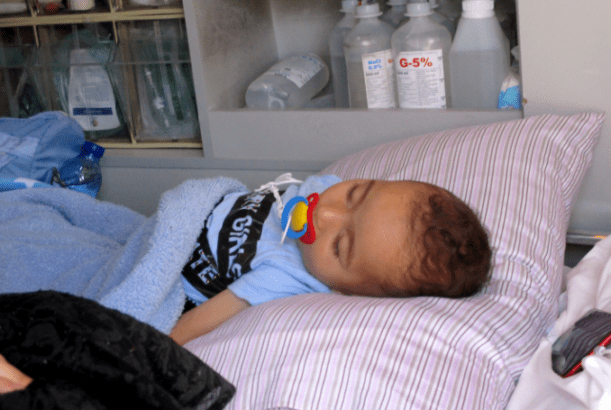 Israeli apartheid: the branding of an entire population as a security threat and the withholding of desperately needed services is a form of racism that results in a larger disease burden and unnecessary deaths in the restricted Palestinian population, and also collectively punishes entire families and threatens the basic rights, health, and dignity of individuals.

There is a growing consensus that the behaviors of the Israeli government fulfill the definition of an apartheid regime. There is also a growing consensus that Palestinians who are Israeli citizens or stateless in the occupied Palestinian territories or refugee camps lack civil, political, economic, social, and cultural rights as a manifestation of the settler colonialism that characterizes the Israeli state.

These structural issues, grounded in the colonialism and racism of the early 20th century British Empire and Zionist ideology, are distinctly threatening to Palestinian human rights and their right to health.

This right to health is endangered when the dominant power is able to weaponize unsubstantiated security risks and labels of terrorism to shut down civil society organizations, especially when this framing is accepted and unchallenged by external actors.

The false October 2021 designation of six prominent Palestinian human rights and civil society groups as “terrorist” organizations with militant links to the Popular Front for the Liberation of Palestine, using “secret evidence” collected by the Israeli Ministry of Defense, is a manifestation of that settler colonial violence on a national scale.

This designation has both direct and indirect consequences for physical and mental health, particularly during the Covid-19 pandemic, with Israel tightening its already restrictive closure policies. More than 60% of the households in the occupied Palestinian territories reported a decrease in income, and both gender-based violence and settler attacks, the latter committed with almost total impunity, sometimes encouraged by the Israeli military, have increased dramatically.

The six Palestinian organizations worked in the occupied territories to document violations of basic rights, provide assistance and advocacy, and build resilience in the population. The suppression of civil, political, economic, social and cultural rights decreases the ability of the population to cope with the apartheid behaviors of the Israeli government and military, and hastens the elimination and erasure of Palestinian society, a key goal of Israeli settler colonialism.

The destruction of human rights organizations is an assault on everything they were designed to protect: the right to personal health and a healthy environment, freedom of movement, and rights to education and employment. Al-Haq, Addameer, Bisan Center for Research and Development, Defense of Children International-Palestine, Union of Agricultural Work Committees, and Union of Palestinian Women’s Committees, face a debilitating loss of funding, further attacks by Israeli security forces on staff and offices, and a decreasing ability to survive and provide services.

A loss of services has grave implications, including more women, children, and prisoners with lasting physical and mental health trauma, and more threats to agricultural workers and their ability to produce food in a nutritionally insecure region. [NOTE: read about hundreds of human rights orgs’ responses to Israel here.]

The Israeli case demonstrates a decades-long strategy to constrict the ability of Palestinians to live and flourish through repeated military and political attacks, fragmenting and controlling daily life and institutions that are essential to the functioning of Palestinian society. This also represents an example of “epistemicide,” the erasure of knowledge about the realities of Palestinian life, because the fact of their lives is seen as a threat to Jewish Israeli existence.

Additionally, the misuse of security justifications is seen in the denial of access to health care that has been well documented by numerous organizations.  Patients from the territories in need of high-level care need to travel to East Jerusalem and Israeli hospitals due to Israeli policies preventing the expansion and development of medical institutions and the denial staff training internationally, (de-development).

The medical permits to travel are frequently delayed or denied according to age limits and irrational, punitive assessments of the patients’ or the family of the patient’s  “security risk.”

The branding of an entire population as a security threat and the withholding of desperately needed medical care is a form of racism that results in a larger disease burden and unnecessary deaths in the restricted population, and also collectively punishes entire families and threatens the basic rights, health, and dignity of individuals.

It is particularly ironic that the institutional and individual designations by Israeli authorities of “terrorism” follows years of Israeli attacks on human rights organizations, harassment and imprisonment of their staff, and denials of medical permits, all in the name of protecting Israeli society.

The impact on Palestinians has been to redefine violence and subversion as endemic to Palestinian culture and society, rather than as central to Israel and its dominance over a colonized people, and to reinforce Israeli stereotypes about “Arabs”.

When Israeli military forces storm and destroy offices, arrest and detain human rights defenders, and implicate NGO workers supporting Palestinian children in Israeli military courts, it is clear who the aggressor is and who is the unarmed target.

When children with cancer die alone on a medical ward at Al Makassed Hospital in East Jerusalem because their parents were not given permits to leave Gaza to support their own children, this is a form of psychological torture and a profound human tragedy. Mental health workers might call this a form of “societal reaction formation” where the behavior of the accusers is projected onto their victims.

The world of surveillance is another area where the impact of Israeli apartheid policies designed to intimidate and subjugate an entire population are clearly apparent. The NSO Group, an Israeli cyber-surveillance firm licensed, regulated and supported by the Israeli government, is considered a key element of national security and foreign policy. Its Pegasus spyware, a zero-click technology, enables the Israeli government to hack iPhones and collect vast troves of data, making Palestinians one of the world’s most surveilled populations.

This is just one example of Israeli military, intelligence, and security systems developed and “battle-tested” on occupied Palestinians. Internationally, the NSO’s association with reactionary governments and the use of the software to violate civil rights has created such an uproar that it has been blacklisted by the US government.

Israeli settlers and soldiers additionally collect and record the photos of Palestinians through the Blue Wolf and White Wolf Initiatives, an extensive network of technology that feeds information into a massive facial recognition database.

All phones that are imported into Gaza also contain an implanted Israeli military software bug; at this point, the Israeli security can listen to every phone call Palestinians make in the West Bank and Gaza. Palestinians are surveilled not only by tech companies but by the Israeli government and the Palestinian Authority monitoring social media.

The physical and technological apparatus of occupation, which is the manifestation and driving force of Israeli apartheid, produces a process of “othering” that extends to social policies such as the Israeli government’s opposition to family reunification. The laws explicitly prohibit the spouses of Palestinians living in Israel or East Jerusalem from obtaining citizenship or legal residency in Israel and affirms that the law’s purpose is to ensure a Jewish demographic majority.

The Israeli state is attempting to control who and how Palestinians marry and create a family, all in the name of Jewish demographic domination of the state, a clearly racist policy.

Similarly, Israel severely restricts building permits for Palestinians living under occupation and demolishes homes that are built “illegally” or in retribution for alleged crimes by family members, especially in East Jerusalem and in Bedouin communities in the Naqab.  This represents another example of  “othering,” of perceiving every Palestinian as a threat to be controlled and potentially dispossessed. The goal is ultimately active or passive transfer, again to protect Jewish demography.

These kinds of attitudes can also extend to the practice of psychiatry. The process of “othering” affects not only the physical reality, but may also be implicated in the ability of Jewish Israeli psychiatrists, who are part of the security apparatus of the state, to evaluate Palestinian prisoners who present with symptoms of mental illness. Psychiatrist, Dr. Ruchama Marton, founder of Physicians for Human Rights – Israel, asked:

What is the psychiatrist’s position when the patient is a Palestinian—not only a foreigner, but the enemy?  Is the psychiatrist aware of his subjective position, which perceives his patient as a “terrorist,” i.e., as a real threat to society’s security? Such a view might be so encompassing as to conceal all other parts of the patient’s humanity.

The specific role ascribed to Israeli psychiatry, to protect “public security,” can obscure the boundaries between the psychiatrist’s professional judgment and his political beliefs, and this may occur without sufficient self-awareness.

Zionist psychiatrists are likely unaware of their need to see the Palestinian as enemy, a terrorist, an Arab criminal, and thus deny the prisoner of even the “right to madness.” Mentally ill Palestinian prisoners have repeatedly been diagnosed as “imposters” or “manipulators”. This accusation of “faking” symptoms is also seen in medical reports. This unconscious colonization of attitudes is a threat to Palestinian physical and mental health evaluation and treatment within the Israeli context.

The implications of integrating a framework that encompasses an awareness of apartheid, settler colonialism, and structural racism with a human rights-based approach to Palestinian health and wellbeing are profound. Such an integration would not only require that Palestinians be treated as full human beings with rights equal to their Jewish neighbors, but that Israel be held accountable for the decades-long degradation of the Palestinian health care system and the subsequent high rates of morbidity and mortality.

These changes are not going to come from within the apartheid system.

It is the responsibility of nations, international organizations, donors, activists, and academics to clearly identify and document the societal and political policies that create the oppressive system of “apartness.” It is also the responsibility of these groups to pressure the Israeli settler colonial state to honor the Palestinian right to health in its broadest definition to include access to quality health care, a safe environment, adequate food, jobs, and housing, and a life with the opportunity for hope and possibility.

Alice Rothchild is a physician, author, and filmmaker. Her books include ‘Broken Promises, Broken Dreams: Stories of Jewish and Palestinian Trauma and Resilience,’  ‘On the Brink: Israel and Palestine on the Eve of the 2014 Gaza Invasion,’ and ‘Condition Critical: Life and Death in Israel/Palestine.’ She also directed a documentary film, ‘Voices Across the Divide’. Visit her website www.alicerothchild.com

MORE FROM IAK ON ISRAELI APARTHEID:

MORE FROM IAK ON ISRAEL AND HEALTH CARE: