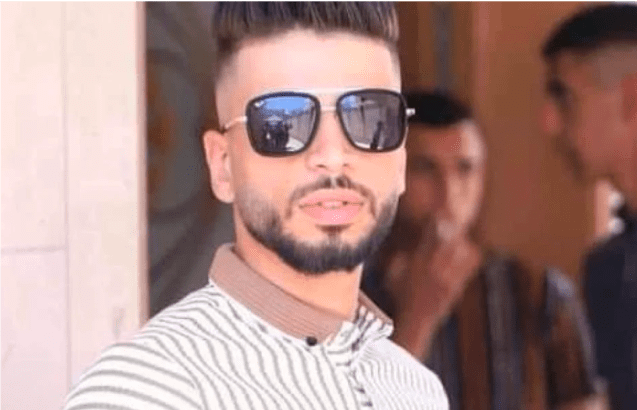 Alaa Zaghal, 21, was fatally shot in the head (Social media)

21-year-old Alaa Nasser Ahmed Zaghal was shot dead by a bullet to the head. As Israeli soldiers tried to flush out a different person taking cover inside a house, they also shot others in the area – including journalists. More than 165 Palestinians have been killed by Israeli fire this year, including 51 in the Gaza Strip and at least 110 in the West Bank and East Jerusalem. 18 Israelis have also died. The Palestinian death toll in the West Bank is the highest on record in a single year since 2015.

Israeli forces fatally shot a Palestinian man and wounded others near the occupied West Bank city of Nablus on Wednesday during an army raid, according to the Palestinian health ministry.

The victim, who was hit with a bullet to the head, was identified as 21-year-old Alaa Nasser Ahmed Zaghal.

A large Israeli force, accompanied by army bulldozers, stormed Deir al-Hatab village near Nablus in the afternoon before surrounding a residential building and shooting at people inside.

The building reportedly housed Palestinian resistance fighter Salman Omar, who returned fire for three hours before he ran out of ammunition and was later arrested by the Israeli army.

The Al-Aqsa Martyrs Brigades, a Fatah-affiliated resistance group, said its fighters responded to the raid with live fire as street fights with Israeli forces were reported in several locations. The Israeli army confirmed in a brief statement that it was operating in the area.

At least five Palestinians were wounded, including journalists Mahmoud Faouzi and Louay al-Samhan.

The raid comes amid high alert across Israel and Palestine, and sweeping restrictions on Palestinians as Israelis observe the Jewish holiday of Yom Kippur.

Israeli forces have ramped up their near-daily raid-and-arrest operations across the West Bank in recent months to stamp out a resurgence of Palestinian armed resistance, particularly in the northern cities of Nablus and Jenin.

More than 165 Palestinians have been killed by Israeli fire this year, including 51 in the Gaza Strip and at least 110 in the West Bank and East Jerusalem. The death toll in the West Bank is the highest on record in a single year since 2015.

At least two Israeli soldiers have been killed by Palestinian fire since May.

[This is a developing story; if additional significant information comes to light it will be updated.]