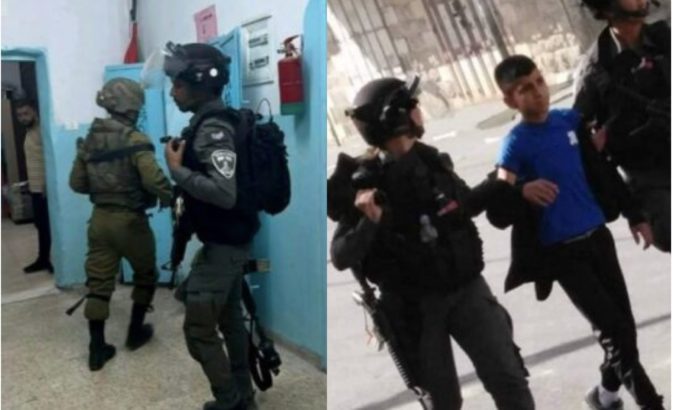 Dozens of Israeli soldiers invaded a Palestinian school, assaulted teachers and children, and attacked them with pepper spray.

On Thursday, Israeli soldiers invaded a Palestinian school in the southern area of Hebron city, in the southern part of the occupied West Bank, before attacking and injuring many school children and teachers.

Atef Al-Jamal, the general director of the Education Department in Hebron, said dozens of soldiers invaded the al-Hajiriya (Palestinian) Middle School and attacked teachers and children in addition to spraying their faces with pepper spray.

The soldiers also detained and interrogated two schoolchildren after dragging them out of their classrooms but released them later.

Emad Tmeizi, the school’s Social Worker, said the soldiers also assaulted the father of one of the detained children, causing several injuries that required hospitalization.

In related news, the soldiers shot a child with live fire during protests east of the Al-Biereh city, in the central West Bank, before the medics rushed him to a hospital.

MORE ON ISRAELI VIOLENCE IN HEBRON: