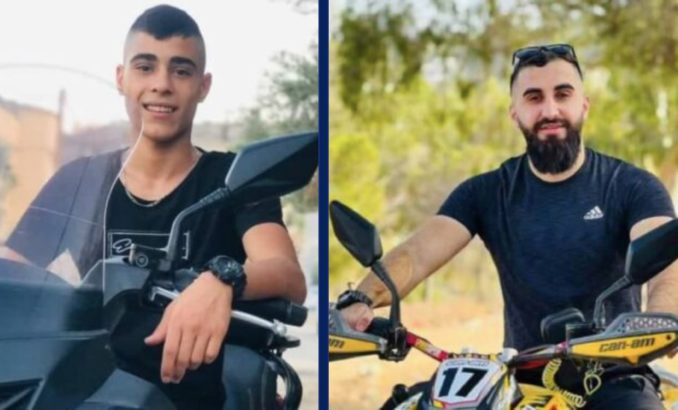 Medical sources at Ibn Sina Specialist Hospital in Jenin said the soldiers killed Mahmoud Moayyad Sous, 18, after shooting him with a live round in the neck and added that the soldiers also shot seven Palestinians, three seriously.

One of the seriously wounded Palestinians, Ahmad Mohammad Hussein Daraghma, 24, from Tubas in the northeastern West Bank, succumbed to serious wounds he suffered during protests in Jenin city.

Medical sources at the Jenin governmental hospital said Ahmad suffered serious gunshot wounds to the head and succumbed to his injuries.

The head of the Jenin governmental hospital, Wisam Bakr, said the medical center provided treatment to one Palestinian who was shot in the shoulder and two in the lower extremities.

Also, the Palestinian Health Ministry said the soldiers shot six Palestinians in the lower extremities before the medics rushed them to Jenin governmental hospital.

Dozens of Palestinians suffered the effects of tear gas inhalation, cuts, and bruises before receiving treatment from local medics.

Furthermore, medical sources at Ibn Sina hospital said an Israeli army jeep rammed Anwar Abu as-Siba’ and his daughter, Eman, while standing in front of their home in the refugee camp.

During the Israeli invasion, Palestinian resistance fighters exchanged fire with the soldiers in Jenin and the Jenin refugee camp, while some protesters also hurled stones and pipe bombs at the army vehicles.

It is worth mentioning that the soldiers also used military helicopters during the invasion.