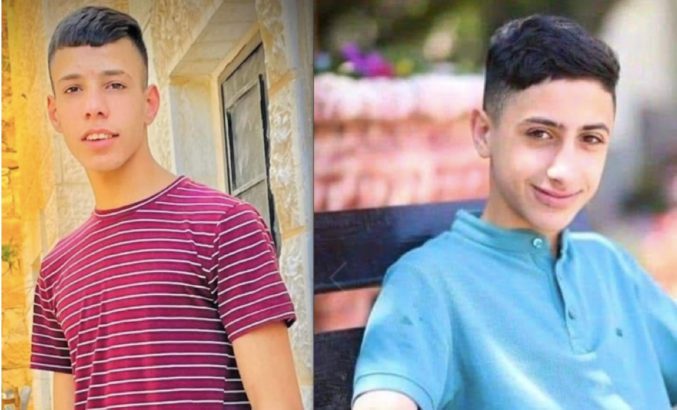 In what has become entirely too common, Israeli soldiers have killed two more young Palestinians. The soldiers also shot at paramedics. Israeli forces have killed 117 Palestinians in the past six months, while 8 Israelis have died. The Palestinian death toll in the West Bank is already the highest on record in a single year since 2015.

Two Palestinians, including a child, were shot dead this evening in two separate incidents in the occupied West Bank provinces of Ramallah and Qalqilia, according to local and medical sources.

In Ramallah, a Palestinian young man was shot dead and another one injured by Israeli occupation forces during confrontations in the village of Al-Mazra’a al-Qibliya, to the northwest of Ramallah.

Witnesses told WAFA that local Palestinian villagers were countering an attack by Israeli settlers on the village when Israeli occupation soldiers opened gunfire at them, killing Mahdi Ladadweh, by a live shot in his abdomen, and injuring at least another one, the sources added.

The wounded was rushed to a nearby hospital for medical treatment.

Meantime in Qalqilia, north of the West Bank, a 14-year-old Palestinian child died of wounds he had sustained earlier today when Israeli soldiers fired live shots at him near the Israeli segregation barrier, close to the city. The child was identified as Adel Ibrahim Daoud.

Ha’aretz reports that Daoud was shot in the head.

The report also states: “In a widely circulated video online (below), Israeli soldiers appear to be attacking paramedics and others trying to evacuate Ladadwah from the scene where he was shot. According to the Palestinian Red Crescent, Israeli forces wounded 50 other Palestinians in the village with live or rubber bullets and tear gas.

This video of the aftermath of the shooting of Mahdi Ladadwah shows Israeli soldiers adamantly refusing to let anyone near to help the young man.