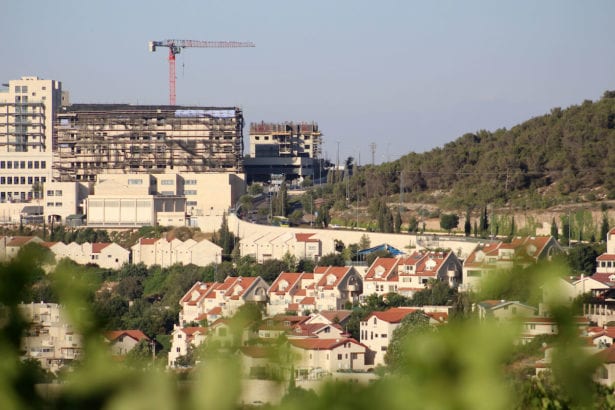 Just days before US President-elect Joe Biden (who disapproves of settlements) is set to take office, the Israeli government approved a settlement expansion plan: the construction of 800 new units in the occupied West Bank.

Critics deem the move as an effort to take advantage of the final days of the pro-settlement Trump administration, and likely leading to a confrontation with the new Biden administration.

[Read about the background on the settlement issue here and here.]

Just days before US President-elect Joe Biden is set to take office, the Israeli government approved the construction of 800 new settlement units in the occupied West Bank — a move critics have deemed as an effort to take advantage of the final days of the pro-settlement Trump administration.

Israeli Prime Minister Benjamin Netanyahu and Defense Minister Benny Gantz announced that it would be advancing plans for some 800 settlement units, which are currently in various stages of planning and development, AP reported.

While it remains unclear when construction on the new units will begin, Haaretz pointed out that Israel’s Supreme Planning Council is expected to advance construction of the units at its next meeting.

“We are happy to announce today that 800 new apartments have been built in Judea and Samaria,” Netanyahu tweeted, referring to the biblical name of the West Bank. “We are here to stay. We continue to build the Land of Israel!,” the PM said.

The move is largely being regarded as an attempt to secure as much settlement expansion as possible before Trump leaves office.

“It is an attempt to race against time and benefit from the last days of the current U.S. administration,” Wasel Abu Youssef, a member of the Executive Committee of the Palestine Liberation Organization, told Reuters.

Settlement construction has boomed during the Trump era, with the administration going so far as to say that it did not consider settlements to be illegal — a fact widely agreed upon for decades by the international community and previous US administrations.

Settlement watchdog Peace Now has said that 2020 saw the highest level of settlement construction plan approvals per year in the past two decades, with over 11,000 new settlement units being approved this year alone.

The group estimates that under Trump’s influence and power, the number of plans promoted in the settlements increased 2.5 times during 2017-2020, compared to the previous four years.

While Monday’s announcement was celebrated by the Israeli right-wing, Israeli opposition leader Yair Lapid called the approvals an “irresponsible step” that would spark a “battle” with the new U.S. administration under Biden, who has previously voiced his disapproval of the settlements as a hindrance to peace in the region.

“The Biden administration has not yet taken office and the government is already leading us into an unnecessary confrontation,” Lapid tweeted.