You Are Here: Home → Only 19.7% of Americans agree with US State Dept on Israeli settlements

Only 19.7% of Americans agree with US State Dept on Israeli settlements 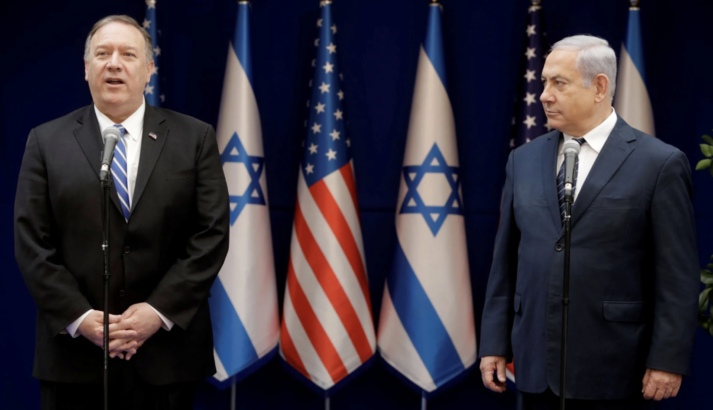 IRmep Poll: “International law SHOULD APPLY to Israel’s military occupation & colonization of the West Bank, Golan Heights, E. Jerusalem and displacement of their indigenous populations. Do you Disagree or Agree?”

Most American adults of voting age don’t appear willing to reject the applicability of international law to Israel’s ongoing colonization of occupied territories in East Jerusalem, the West Bank and Golan Heights.

On Monday, November 18, U.S. Secretary of State Mike Pompeo reversed a 1978 State Department legal opinion stating that Israeli settlements were “inconsistent with international law.” Citing President Ronald Reagan’s 1981 assessment that the settlements were not “inherently illegal,” Pompeo stated that, “After carefully studying all sides of the legal debate… the establishment of Israeli civilian settlements in the West Bank is not, per se, inconsistent with international law.”

The Trump administration relocated the U.S. Embassy from Tel Aviv to Jerusalem in 2018 and recognized the city as the capital of Israel. This most recent announcement is yet another blow to rule of law and international consensus. However, when polled, 53.6 percent of Americans don’t yet appear ready to register any concrete view on the matter. This may be due to the longstanding absence of serious U.S. mass media coverage of historical and legal issues. In other countries, informed and ongoing international legal analysis is the norm. Given that reality, it is surprising that 26.7 percent of Americans believe international law still applies, while only 19.7 percent believe it does not.

Grant F. Smith is the director of the Institute for Research: Middle Eastern Policy in Washington, DC. For more IRmep polls, visit https://IRmep.org/Polls.