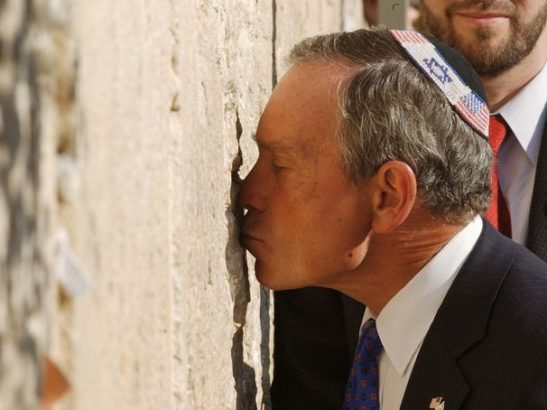 The Democratic Party’s newest candidate, Michael Bloomberg, has strong ties to Israel and apparently no time for justice for Palestinians; his media empire has also pushed a pro-Israel agenda.

The pool of democratic candidates for president just expanded again with the addition of billionaire and three-term mayor of New York City, Michael Bloomberg. If Americans Knew has published multiple reports on the candidates’ positions regarding Israel/Palestine (including an in-depth analysis of Joe Biden and a comparison of Elizabeth Warren and Bernie Sanders); it’s only fair to have a look at Bloomberg as well.

The newest candidate has close ties to the Jewish state and asserts a commitment to what he calls “Jewish values.” The New York Times quoted Bloomberg:

The values I learned from my parents are probably the same values that, I hope, Christians and Muslims and Hindus and Buddhists learned from their parents. They’re all centered around God put us on Earth and said we should take care of each other. We have an obligation not to just talk about it but to actually do it. [Those values are] freedom, justice, service, ambition, innovation.

Michael Bloomberg’s record indicates that, when it comes to Palestinians, his close affiliation with Israel has hampered his ability to act on his values of freedom and justice.

Bloomberg has made many trips to Israel and donated millions to charitable causes in Jerusalem, including in 2003 a Mother and Child Center at the Hadassah University Medical Center dedicated to his mother, and in 2007 a blood bank and massive ambulance station named after his father.

During his time as NYC mayor, Bloomberg initiated a $2 billion high-tech research campus in Manhattan, a joint venture between Cornell University and the Technion-Israel Institute of Technology (Haifa, Israel). He personally donated $100 million to the effort.

In 2014, he talked about his closeness to the Jewish state:

My parents saw in our lives just why Israel had to exist, and why it must always exist, and those lessons were passed on to us. We are as one with this city [Jerusalem], and this country and this people as you can be.

[Jewish history] gives us a special obligation to build a brighter future for everyone, and to always believe that tomorrow can be better than today. For them and for so many Jews who witnessed the horrors of World War II, the creation of Israel embodied that obligation and validated that belief. It was a dream fulfilled.

After all, if the dream of Israel can be realized, what dream can’t be?

Bloomberg’s words betray a total disregard for the Palestinian experience: the birth of the state of Israel came at the cost of the indigenous Palestinians’ loss of a homeland. 750,000 became refugees, thousands were massacred, and hundreds of villages were bulldozed – so that Jewish immigrants (and a small number of indigenous Jews) could have a nearly Arab-free state.

Michael Bloomberg was the inaugural recipient of the Genesis Prize, which was created to “inspire Jewish pride” and “strengthen the bond between Israel and the Diaspora.” He turned the $1 million prize into a global competition for ten $100,000 prizes – to be awarded to young entrepreneurs who demonstrated “Jewish values” and innovative ideas.

One of those prizes was awarded to Building with Israelis & Palestinians (BIP), which according to its website, “gives an opportunity for people around the world to partner with; and support Israelis & Palestinians willing to build together.” In 2016, BIP worked in the Palestinian town of Al-Auja to provide a solar facility that would enable farmers to pump more water less expensively.

What is not publicized about this project is the fact that in 1967, after Israel’s occupation of the West Bank, about 30% of Al-Auja’s land was confiscated from its Palestinian owners, some of which became four illegal Israeli settlements. More land was then confiscated in order to build a military base to protect the residents of the settlements. Most of the remaining village land is under total Israeli control.

In 2009, when Israel was embroiled in an invasion of Gaza and the Federal Aviation Administration (FAA) downgraded Ben Gurion Airport’s security rating, then-mayor Bloomberg took his private jet to Israel as a show of solidarity. He visited Sderot, an Israeli city close to Gaza and within range of its rockets (rockets that had, as of that time, caused the deaths of 18 Israelis in 8 years).

Significantly, Sderot was built on the site of the demolished Palestinian village of Najd – a village whose history went back at least four centuries.

Bloomberg did not address the reason for the rockets – Israel’s then-two year long illegal siege of Gaza (a siege that still continues, and is designed to keep the Strip on the verge of collapse and its residents on the edge of starvation). Instead, he Bloomberg accused Gaza’s leaders of “trying to destroy [Israel].”

In July 2014, during another Israeli onslaught, when Ben Gurion Airport was within reach of Gazan rockets, the FAA announced the suspension of all US flights to Israel; in defiance of this decision and solidarity with Israel, Bloomberg again flew to Israel.

Ignoring the facts of the ongoing blockade of Gaza and the humanitarian crisis that it had created, he wrote in an op-ed:

Every country has a right to defend its borders from enemies, and Israel was entirely justified in crossing into Gaza to destroy the tunnels and rockets that threaten its sovereignty. I know what I would want my government to do if the U.S. was attacked by a rocket from above or via a tunnel from below; I think most Americans do, too. Israel has no stronger ally than the U.S.

Michael Brown noted in the Electronic Intifada that Bloomberg’s op-ed failed to contextualize Israel’s onslaught: no reference was made to the occupation of Palestine or the siege of Gaza, and “[h]e says not a word about Palestinian freedom, but speaks only in general terms about ‘bringing peace to the region.’”

In a CBS interview a short time later, Bloomberg declared that Israel was not under obligation to limit itself to “proportional” response to Gaza’s rockets, and “nobody’s attacking schools or hospitals, we’re attacking Hamas.”

Israel’s failure to act with proportionality – and Michael Bloomberg’s endorsement of this failure – clashes with international law, which prohibits attacks that would cause “excessive” civilian damage or loss of life in relation to the anticipated military advantage of the attack.

Israel’s military objective in both 2008-9 and 2014 was to end Gaza’s practice of shooting rockets – rockets that were rarely lethal – but Israel’s attacks caused heavy civilian casualties and immense destruction in a region that was already suffering the effects of an illegal blockade. Because of the disproportionate nature of the attacks and other factors, the United Nations determined that Israel committed war crimes and crimes against humanity in both the 2008-9 invasion (read more about it here) and that of 2014 (read more here). The Hamas leadership in Gaza also faced accusations of war crimes.

Other “small” incidents can be added to the above large, conspicuous examples of Michael Bloomberg’s affinity for all things Israeli.

For example, in 2014, he referred to the nonviolent movement known as Boycott, Divest, and Sanction (BDS) – modeled after the movement that brought the downfall of apartheid in South Africa – as “an outrage” that is “totally misplaced.” The ACLU has argued in favor of BDS as free speech, but Israel partisans routinely label it anti-Semitic.

Avoid referring to Palestine, as in “Israel’s incursion into Palestine,” because there is no such country. Instead, describe the occupied areas by their names, as in the West Bank or Gaza Strip. Palestinian people or Palestine Authority is OK.

Palestine signifies different territory in different contexts. The land historically belonged to the kingdoms of Israel and Judah. Palestine represented the area west of the Jordan River that was a British mandate from the 1920s until the creation of modern Israel in 1948.

Significantly, Bloomberg News, usually a stickler for objectivity in reporting, relaxes its standards when it comes to Israel. The above memo – and others circulated in the organization – were understood by Scott Roth, “dissenting Jew” and publisher of Mondoweiss as “an attempt to avoid using the term Palestine in any way that would signify that it ought to be or can be a country on its own.” He also noted that Bloomberg’s directives look

like something out of an AIPAC primer. The land historically belonged to ancient Israel and Judah? It also belonged to a lot of other people. Plus no reference to partition, ’48, ’67 occupation or millions of human beings living under Israel’s boot that have no vote.

A growing number of progressives in America (and some progressive politicians) are beginning to lean toward justice for Palestinians, but Michael Bloomberg is one of many governmental leaders that lag far behind public sentiment on the issue. In his Jewish values-based pursuit of freedom, justice, service, ambition, and innovation, he leaves Palestinians out in the cold.

As liberal Jew Peter Beinart put it in his essay, “The Failure of the American Jewish Establishment,”  “the Jewish establishment [asks] American Jews to check their liberalism at Zionism’s door.”

Michael Oren, former Israeli ambassador to the US, said of Bloomberg that he is a “friend” who would be “very good” for Israel.

The question is whether Michael Bloomberg would be very good for the United States.