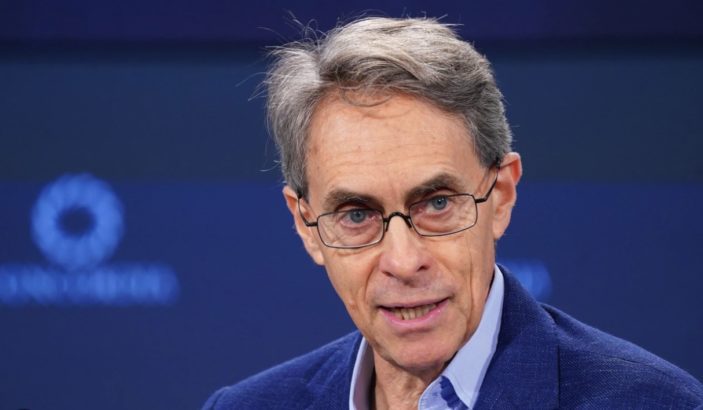 University offers Kenneth Roth fellowship after it was denied over his criticism of Israel. After numerous people complained, the Dean of the Kennedy School said: “I now believe that I made an error in my decision.”

Roth remains concerned, stating: “Criticizing Israel is not limited to me, and most scholars have no comparable capacity to mobilize public attention”

Harvard University’s Kennedy School announced on Thursday that it would offer a fellowship to leading human rights advocate Kenneth Roth, reversing course after Roth said he was denied the fellowship over his criticism of Israel.

“In the case of Mr Roth, I now believe that I made an error in my decision not to appoint him as a Fellow at our Carr Center for Human Rights,” said Douglas Elmendorf, dean of the Kennedy School, in a statement seen by The Boston Globe.

“The broader faculty input I have now sought and received has persuaded me that my decision was not the best one for the School,” Elmendorf said.

The dean added that he hopes “our community will be able to benefit from his deep experience in a wide range of human rights issues”.

Elmendorf also pushed back against the charge that donors had influenced his initial decision, which Roth said could have been a reason in an interview with Middle East Eye.

“Donors do not affect our consideration of academic matters,” Elmendorf said. “My decision was also not made to limit debate at the Kennedy School about human rights in any country.”

[Note: Michael Massing reported in The Nation: “According to people knowledgeable about the school’s programs, its administration is terrified of touching anything related to Palestine, and Palestinian voices have largely been silenced. That’s due not to any particular administrator, they say, but to ‘the ethos of the place’ and the people who fund the Belfer Center. Massing named influential donors Robert Belfer, Leslie Wexner, David Rubenstein, and Idan Ofer.]

Will Harvard commit to academic freedom?

In a statement on Thursday, Roth said he was planning to accept the offer and was looking forward to joining the Carr Center.

“I am thrilled that Harvard Kennedy School Dean Douglas Elmendorf has rescinded his decision to block the fellowship for me proposed by the Carr Center for Human Rights Policy. I have long felt that the Carr Center, and the Kennedy School, would be a congenial place for me to work on the book that I am writing,” he said.

Still, the former HRW leader said he remained concerned about several issues that have not been resolved. The first was that even though Elmendorf denied donor influence, he did not say “anything about the people ‘who matter to him’ whom he said were behind his original veto decision”.

“Second, I remain worried about academic freedom,” he added. “The problem of people penalized for criticizing Israel is not limited to me, and most scholars have no comparable capacity to mobilize public attention.

“How is the Kennedy School, and Harvard, going to ensure that this episode conveys a renewed commitment to academic freedom rather than just exceptional treatment for one well known individual?”

Earlier this month, The Nation reported that in July 2022 Elmendorf had vetoed a proposal by the Kennedy School’s Carr Center for Human Rights Policy to offer a one-year fellowship to Roth, after he had recently retired as executive director of Human Rights Watch.

Elmendorf told colleagues that the fellowship would not be approved “because they considered HRW and Roth to have an anti-Israel bias”.

In an interview with Middle East Eye, Roth said he believed the decision to reject his fellowship had to do with his criticism of Israel, which if true, spoke “really poorly for the range of respectable discourse” at a school “that claims to pride itself on a diversity of perspectives”.

His major concern, however, was how this would affect the ability of lesser-known academics and Palestinian voices to be able to speak critically of Israel.

“My personally being denied this fellowship is not going to stop me from speaking. But I worry about younger academics who are watching this sorry episode and are taking away the lesson that if you criticise Israel, you can be cancelled, your career can be stymied,” he said in an earlier interview with Middle East Eye.

The news of Roth’s denial was met with public outcry and ignited sharp condemnations from prominent rights groups including the American Civil Liberties Union. A letter signed by more than 1,000 Harvard students, faculty and alumni criticised what it called “a shameful decision to blacklist Kenneth Roth”.

And another letter from Palestinian alumni of the Kennedy School called for Elmendorf’s removal as dean.

The incident at Harvard has also led to a deeper conversation regarding the extent to which criticism of Israel is allowed on university campuses.

In 2021, activist, philosopher and academic Cornel West resigned from the Harvard Divinity School. In his resignation letter, he cited the institution’s “deference to anti-Palestinian prejudices” as one of his reasons for leaving.

And while Elmendorf denied the charge, donor influence and criticism of Israel have become a flashpoint in US academia in recent years.

In 2020, the University of Toronto rescinded a job offer to Valentina Azarova as the director of its law school’s human rights programme because of her work on Israeli human rights abuses. A major donor reportedly objected to her hiring.

Following public outcry, the university extended a job offer to Azarova, but she declined.

MORE ON THE PRO-ISRAEL BIAS AND ACADEMIC FREEDOM: