A leaked clip reportedly from a censored documentary on the Israel lobby shows an Israeli Embassy official describing how she used fake identities on Facebook.

“I follow all the SJP [Students for Justice in Palestine] accounts,” she says in the video. “I have some fake names. My name is Jay Bernard or something. It just sounds like an old white guy, which was the plan. I join all these groups.”

The official, an American named Julia Reifkind, had previously headed up “Aggies for Israel,” a pro-Israel student organization at the University of California Davis. While at UC Davis, the video reveals, Reifkind also used deceptive tactics.

In 2015 Aggies for Israel waged a public campaign against Muslim and pro-Palestinian students, demanding they be investigated for allegedly scrawling anti-Semitic symbols on a Jewish fraternity. The video reveals that this campaign was waged even though Reifkind and her group actually believed non-students were responsible for the incident. 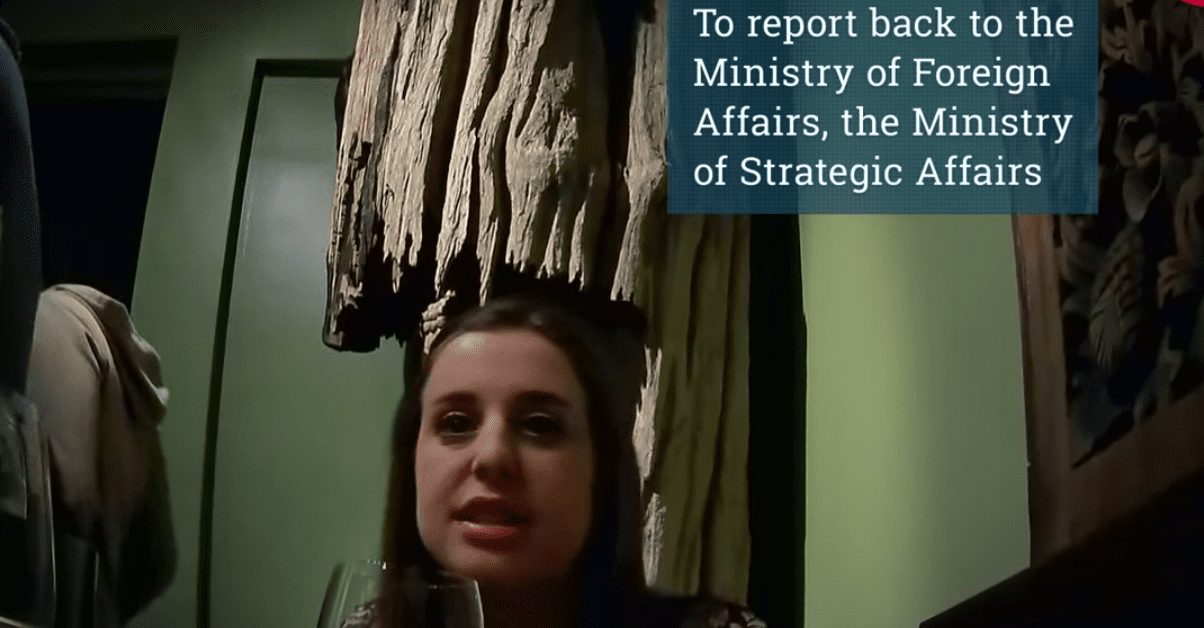 Reifkind, an American citizen, says in the clip that her secretive work on Facebook was part of her mission to gather intel on pro-Palestinian students and report it back to Israel’s notorious Ministry of Strategic Affairs.

Israel’s Ministry of Strategic Affairs runs covert operations in the U.S. and often works to censor and manipulate the Internet.

Reifkind left the Embassy a year ago. Her current activities are unknown.

The footage is reported to be from a documentary by Al Jazeera that was censored at the behest of pro-Israel groups in the U.S. The documentary has been leaked to the Israeli newspaper Ha’aretz, the Electronic Intifada, and the Grayzone Project, which have posted some clips. There is no indication when the groups will make the whole film available to the public.

One of the leaked clips shows students that the film states are connected to Stanford University’s Hoover Institution saying that Hoover staff forced them to take part in a pro-Israel demonstration.

Hoover officials continue to refuse to answer questions about the video, despite numerous emails and phone calls to the institute.

Another clip from the documentary is here.