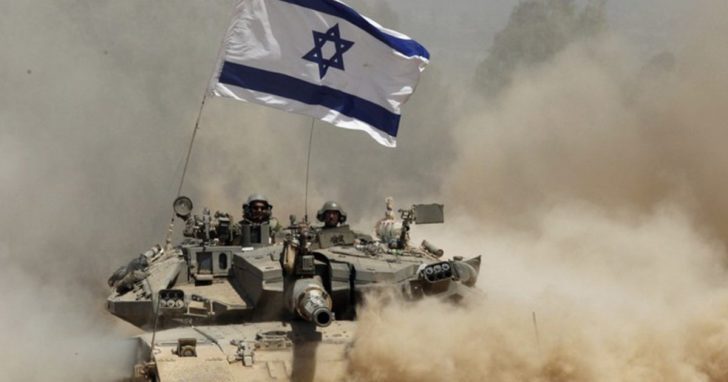 For a generation or more leading American Jewish organizations, including the religious orders, have done everything they can to build Jewish identity around Zionism. They say directly: “To be Jewish is to support ‘the Jewish state.'” And in turn, Israeli leaders state that they are the leaders of the Jewish people internationally…

If you create such an identity of Zionism and Judaism, then some who don’t like Zionism are going to blame Jews for Palestinian human rights abuses…

Ken Roth lost out on a fellowship at Harvard’s Kennedy School last year because he criticized Israel– a decision Harvard reversed this week — and one of those criticisms was particularly tender. Roth has said that antisemitism in the west is engendered by Israel’s human rights abuses, as in this tweet from July 2021 after the latest massacre.

Antisemitism is always wrong, and it long preceded the creation of Israel, but the surge in UK antisemitic incidents during the recent Gaza conflict gives the lie to those who pretend that the Israeli government’s conduct doesn’t affect antisemitism.

Roth elaborated on January 19 in speaking to Americans for Peace Now:

But the Anti Defamation League is very freely charging that critics of Israel, people who report on Israeli government violations, are themselves fueling antisemitism. So they  kind of want it both ways..

As Roth says, his argument is verboten in the mainstream press. Even though Roth is Jewish and the son of a Holocaust survivor, during the Harvard scandal, he was accused of rationalizing blame for Jews collectively for what Israel does. “The charge amounts to victim-blaming and is the geopolitical equivalent of suggesting that if Israel had just worn a proverbially longer skirt, bad things wouldn’t have happened to Diaspora Jews,” Michael Cohen wrote in an attack at the Daily Beast.

The problem with that logic is that for a generation or more leading American Jewish organizations, including the religious orders, have done everything they can to build Jewish identity around Zionism. They say directly, To be Jewish is to support “the Jewish state.” 95 percent of Jews do so, only crazies don’t. And in turn, Israeli leaders state that they are the leaders of the Jewish people internationally.

That identity entails political support for Israel: To be Jewish today means being blind to the Jewish state’s apartheid against non-Jews.

If you create such an identity of Zionism and Judaism, then some who don’t like Zionism are going to blame Jews for Palestinian human rights abuses. As Rev. Bruce Shipman observed to the New York Times during the Gaza massacre of 2014, when there were reports of an antisemitism spike — “the best antidote to anti-Semitism would be for Israel’s patrons abroad” to press the Israeli government to give Palestinians freedom. Shipman lost his job at Yale for uttering the thought.

Yet Jewish writers have made similar comments. As Eric Alterman said on a Peace Now podcast last Nov. 22.

To be honest while there is an upsurge of antisemitism in the United States– a great deal of which by the way is attributable to people who are angry with Israel– there’s really no problem with being Jewish in America the way there once was.

There is, in fact, a long awareness among Jewish thinkers that Israel’s political dependence on American Jews could endanger American Jews.

Hannah Arendt warned about the dangers to Jews in 1944 before Israel was even created:

If a Jewish commonwealth is obtained in the near future–with or without partition–it will be due to the political influence of American Jews….[I]f the Jewish commonwealth is proclaimed against the will of the Arabs and without the support of the Mediterranean peoples, not only financial help but political support will be necessary for a long time to come. And that may turn out to be very troublesome indeed for Jews in this country.

The sociologist and liberal Zionist Nathan Glazer issued a similar warning in 1976 about Jewish political support at a time when Israel’s illegal occupation of the territories was new and expanding. He wrote that American Jews had become the political prop for Israel in a world that was becoming critical, and Americans could become “hostile” to Jews as a result. He warned Jews of the dangers of lobbying for Israel.

American Jews have power only because their fellow citizens are friendly to their exercise of this power. They can become less friendly to this exercise. They can indeed become hostile to it…. American Jews unabashedly lobby for pro-Israel measures with Congress, and make it politically uncomfortable to be against Israel and even take an “evenhanded” position. The political figure who does will be subject to much pressure and name-calling, some of it quite unfair. But as I have said, power must be seen in context. The context has been that it is safe for American Jews to do what they do. Political leaders have not resented the pressure much because it has not cost them much to support Israel. There is after all no substantial countervailing power.

Glazer had an antidote: He urged American Jews to press Israel to create a Palestinian state. But American Jewish groups chose the opposite course— to work to deny Palestinians a state.

The perils of that course are a quiet theme at the liberal Zionist group J Street. The British Jewish Middle East expert Tony Klug warned in an address to J Street in 2015 that Israel’s dependence on American Jews to defend the indefensible would contribute to an “upsurge in antisemitism” and make our lives “precarious”:

If Israel does not end the occupation sharply, and if organized Jewish opinion in other countries appears openly to back it, there will indeed almost certainly be a further surge in anti-Jewish sentiment, potentially unleashing more sinister impulses.

This is not of course to justify such dismal future developments…

I fear… that Israel’s neverending occupation of the land and lives of another people is not just seriously endangering Israel, not to mention deepening the despair of the Palestinians. But it is also making the situation of the Jews around the world increasingly precarious.

That upsurge happened. And I would argue that support for Israel is now a real problem for American Jews. Our leading organizations enable the persecution of another people, they cheer it on — and everyone can see it.

The shift is that, as Nathan Glazer anticipated in 1976, today there is a countervailing power inside progressive American politics that supports Palestinian rights and wants a different U.S. policy and sees the role of the Israel lobby (which folks sometimes call “the Jewish lobby”– for the same reason that people speak of the Christian evangelical opposition to abortion).

Jeremy Ben-Ami at J Street said last year that great “swaths” of young Jews were walking away from the community because of its commitment to persecution.

We believe our community for its own sake even more than for Israel’s sake must root its identity in a commitment not to a flag or a piece of land but to a set of principles and values. My friends, if we don’t do this, we will see large swaths of our community walk away. Not only will they walk away from engagement with Israel– that’s already happening. They’ll walk away from the Jewish community itself.”

Now J Street calls for a battle within the Jewish community over donors’ support for rightwing Israeli actions. “The harmful actions of these donors and their partners in Israel should be directly challenged by the leadership of the American Jewish community.” Of course, the corruption of Zionist donors was a big theme of the Ken Roth affair.

That’s the good news. The danger that an ideology of apartheid is posing to American Jewry is engendering a war inside American Judaism. Anti-Zionists have a lead role to play here. We can say that democracy is a moral alternative to Jim Crow. And that by urging American Jewish support for Jim Crow, the mainstream Jewish groups are helping to kill Palestinians– and also put Jews at risk.

[Editor’s note: The conflation of Judaism with Zionism was a strategy of the pro-Israel movement from its earliest days. See  Against Our Better Judgment: The Hidden History of How the U.S. Was Used to Create Israel.]

Philip Weiss is founder and Senior Editor of Mondoweiss, begun as a blog by and for the progressive Jewish community.