You Are Here: Home → Repression of speech and scholarship on Palestine needs to end

Repression of speech and scholarship on Palestine needs to end 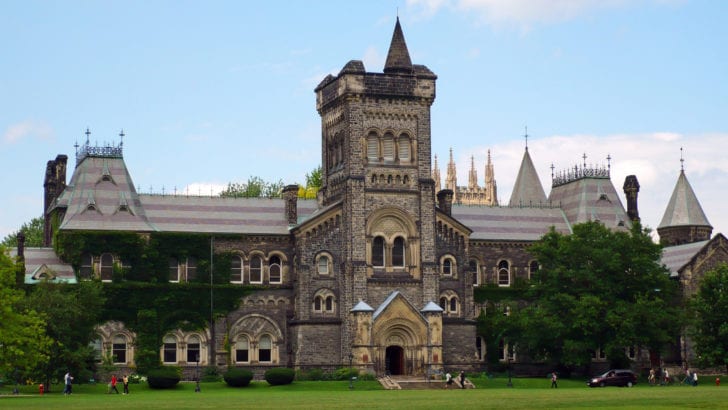 The University of Toronto recently rescinded an employment offer to a scholar because an Israel partisan objected.

A Canadian University rescinded a job offer after an Israel partisan complained… in the U.S. there have been 1,494 incidents… in France students have been jailed…

As lawyers and academics, we are deeply troubled and exasperated by the pervasive repression of speech and scholarship on Palestine. This includes recent reports that the University of Toronto’s Faculty of law rescinded an employment offer to noted international human rights scholar Valentina Azarova, following a complaint by a sitting judge regarding her research on Israel’s occupation policies*.

The Globe and Mail reports that the judge is David Spiro, a donor to the law school and a “former member of the board of directors of the Centre for Israel and Jewish Affairs, an advocacy group.” The Canadian Judicial Council may investigate allegations that Spiro “improperly interfered in the hiring process at the University of Toronto’s International Human Rights Program.”]

The reported treatment of Azarova is consistent with a broader and intensifying climate of suppression. Lawyers, academics, journalists, teachers, artists, students, activists, and trade unions in Canada have been subjected to smear campaigns, event cancellations, physical violence, professional disciplinary measures, and condemnation by the prime minister and other political leaders for opposing Israel’s gross violations of international law and expressing solidarity with Palestinians. In August, Indigenous CBC journalist Duncan McCue was required to apologise simply for using the word “Palestine” on-air.

The situation in Canada mirrors that of other countries. In the United States, for example, 1,494 incidents taking aim at free speech were reported to NGO Palestine Legal from 2014 to 2019; 74 percent were directed at students and academics at universities. In France, rights activists have been criminally convicted for their support of the Boycott, Divestment, and Sanctions (BDS) campaign pressuring Israel to comply with international law. This criminalisation was recently condemned by the European Court of Human Rights as a violation of freedom of expression.

The clampdown threatens to be further exacerbated by the institutionalisation of the International Holocaust Remembrance Alliance (IHRA) definition of anti-Semitism.

As a 2018 letter from more than 40 Jewish organisations around the world warns: “The International Holocaust Remembrance Alliance (IHRA) definition of antisemitism, which is increasingly being adopted or considered by western governments, is worded in such a way as to be easily adopted or considered by western governments to intentionally equate legitimate criticisms of Israel and advocacy for Palestinian rights with antisemitism, as a means to suppress the former.” A statement signed by more than 400 academics opposes the implementation of this definition in Canada for this reason.

[Editor’s note: For more information on the IHRA definition see: “International campaign is criminalizing criticism of Israel as ‘antisemitism’”]

Even the original drafter of the IHRA definition, Kenneth Stern, has cautioned against “enshrin[ing] this definition into law” due to the danger of legally conflating anti-Zionism and anti-Semitism. Yet Ontario’s Bill 168 proposes to do precisely that, by mandating the use of the IHRA definition to interpret anti-discrimination and anti-hate laws. Motions to adopt this problematic definition have also been tabled in municipal councils across the country.

In the face of these gross and flagrant transgressions, it is vital that the space for scholarship, speech, and activism in defence of the most basic rights of Palestinians be preserved. This includes the work of scholars such as Azarova. It is highly perturbing when academic institutions and law faculties – instead of protecting free speech and fundamental rights – are participants in the suppression.

We call on the University of Toronto Faculty of Law to restore Azarova’s employment offer and issue an apology. We also call on the Canadian Judicial Council to investigate the conduct of the judge who complained about Azarova’s appointment. And we call on all academic and government institutions to cease subjecting those defending justice for Palestinians to censorship and penalisation.

The views expressed in this article are the authors’ own and do not necessarily reflect Al Jazeera’s editorial stance.

Azeezah Kanji is a legal academic and writer based in Toronto.