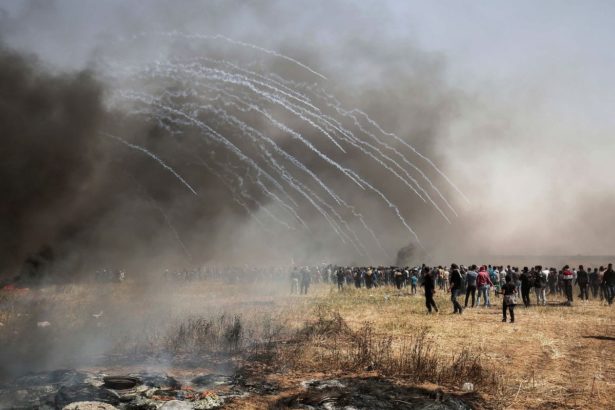 The latest United Nations report on Israeli violence at the Gaza border, was vehemently rebutted by the American Jewish Committee; however the AJC defense came up very short on facts.

AJC, the American Jewish Committee, released a statement last Friday rejecting the recent report from the United Nations Human Rights Council (UNHRC). The AJC statement includes decontextualizations and inaccuracies that deserve to be addressed. Below is their statement in italics, with responses.

“AJC denounces the latest UN Human Rights Council report singling out Israel for condemnation. The report was prepared by an “independent international commission of inquiry” established by the Council to investigate the violence that took place along the Gaza-Israel border from March 30 to December 31, 2018.”

Note: the “violence that took place along the Gaza-Israel border” is essentially one-sided: a nonviolent protest by Palestinians has been met week after week for almost a year by Israeli sniper fire, resulting in the deaths of at least 250 Palestinians. One Israeli soldier and zero Israeli civilians have been killed.

Here are three examples of “Hamas’ repeated provocations and attacks” (we invite AJC to provide other examples that implicate Hamas in serious incidents):