You Are Here: Home → A Palestinian father’s call for justice

A Palestinian father’s call for justice 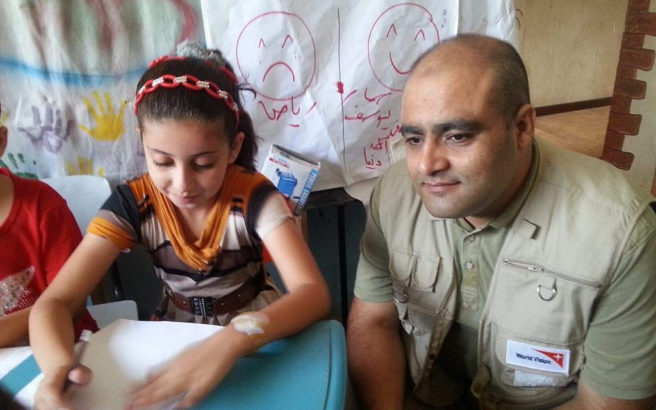 A Palestinian father calls for justice for his son, a World Vision worker imprisoned by Israel for 3 1/2 years, tortured, but never allowed to testify against the preposterous charges of which he is accused.

by Khalil El-Halabi, reposted from Times of Israel

My son, Mohammed Halabi, has been imprisoned in Israel for 1,226 days. He has suffered torture. He has endured 126 court appearances. He has been moved from Ashkelon prison to Nafha Penitentiary and then to Rimonim Prison.

He has never seen all the evidence that the Shin Bet says it has against him. He has never been given a chance to testify under oath in his own defense, and he has not faced any cross-examination.

That’s not right and it’s not just.

Three years, four months, and nine days ago, Mohammed, who was the Gaza branch director of World Vision International, was arrested at Erez Crossing on his way back to the Gaza Strip following a meeting with the organization’s board in Jerusalem.

The charge was preposterous. My son was accused of funneling $7 million dollars a year of the international aid funds he managed to Hamas. The sum is several times World Vision’s average annual budget in Gaza.

But bad math isn’t the only reason the charge is absurd. My son believes deeply in the work he was doing. World Vision in Gaza funds humanitarian projects and psychological help for children. It provides support for farmers, for fishermen. It distributes school supplies to children. 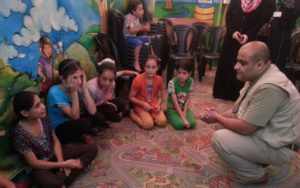 Mohammed was an outstanding student, receiving a Master’s degree on a scholarship from the Palestinian Authority for excellence. He started working for World Vision in 2005, while the PA, not Hamas, ruled Gaza. He identifies with Fatah’s ideology and with those who believe in the way of peace.

World Vision scrutinized his work. Project contracts were signed in Jerusalem for any partner working with the organization. And my son advised the organization regarding which partners to work with, leaving a clear email trail of his contacts.

Following his incarceration, World Vision, a global organization that prides itself on accountability and transparency, engaged independent investigators who “found no diversion of funds by Mohammad, and no material evidence that he was a member of or working for Hamas.”

“In fact,” a World Vision spokeswoman told The Times of Israel, “there is substantial evidence to the contrary, showing how Mohammad worked to ensure World Vision avoided improper interactions with Hamas.”

German, Australian and USAID launched investigations into how the funds they donated were used and found nothing supporting Israeli allegations.

Given due process, I’m confident Mohammed would be able to prove his innocence. But the process has been unfair and inhumane. The judge has pressured him to accept a plea bargain and admit to crimes he didn’t commit. He has refused. Adding to the difficulty is my son’s severe hearing loss, the result of torture, when an interrogator screamed directly into his ear.

Proceedings are carried out in Hebrew, which my son does not speak, and the translation supplied is inaccurate. Why?

The Israeli security apparatus has refused to allow witnesses who could help my son’s defense enter Israel. Why?

His lawyer is barred from going to Gaza to collect evidence and expose the truth. Why?

As a father, I have a message, especially for fathers and mothers in Israel. I believe you can see the human side of this case. My son has five sons of his own, who expect justice to prevail, even in Israeli courts, because their father is innocent and good, and an unjust ruling will only prove that the Israeli judiciary system lacks integrity.

To the Israeli public, I want you to know that I worked for UNRWA as an education director, and implemented the first human rights curriculum in the region. And I insisted on including the Holocaust in this course, because I believe that we must not deny the injustice inflicted on Jews, and that it’s part of history, and I presented this curriculum to the US President Jimmy Carter.

These are the values I raised my son to uphold.

The Israeli courts must find Mohammed innocent in this case, and be courageous enough to exonerate my son and apologize to him. And when they do, I will cheer, and all lovers of justice and peace will cheer with me, for a judiciary in the State of Israel that is just and impartial.

Khalil El-Halabi worked for four decades as an education supervisor in the Gaza Strip for UNRWA, the United Nations refugee agency.

Israeli Army’s Lies Can No Longer Salvage Its Image

I am a proud Palestinian woman and a humanitarian. I am also the mother of the youngest Palestinian prisoner in an Israeli jail