You Are Here: Home → Palestinian woman on hunger strike against Israeli imprisonment & abuse 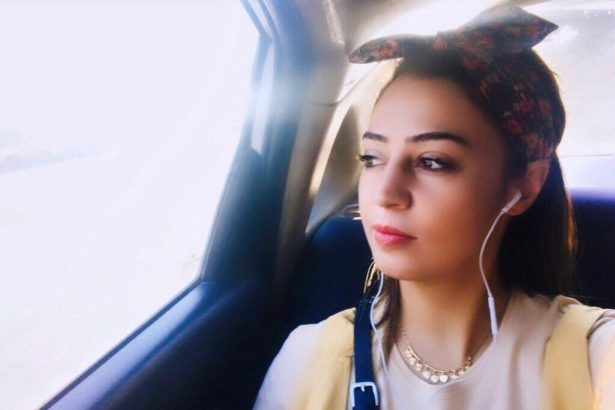 Palestinian prisoner, Heba Al-Labadi is on a hunger strike. (Photo from Twitter)

Palestinian prisoner, Heba Al-Labadi is on a hunger strike after being sentenced to administrative detention for five months without charge or trial on August 20, 2019. She was interrogated by the Shin Bet for over a month…

By Amira Hass, reposted from Haaretz

A young Jordanian woman who has been held in Israel since August 20 has entered the 22nd day of a hunger strike in protest over the administrative detention order that was issued against her. This order frees the authorities from the need to issue an indictment and back it up with evidence.

The Jordanian Embassy in Tel Aviv is closely monitoring the situation and condition of Heba al-Labadi, and on Sunday the Jordanian consul visited her at the Kishon detention center in Haifa. Haaretz was told that Jordan has submitted an official protest over the arrest to Israel’s Foreign Ministry.

The Jordanian consul told Labadi’s attorney, Raslan Mahajneh, that her condition has improved slightly. Labadi showered for the first time in two weeks and received a set of clothing to change into. She had previously refused to shower because the stalls contain security cameras and the shower curtain was transparent. The curtain was exchanged for a darker one, her lawyer said. Mahajneh also told Haaretz that despite the fact that Labadi feels weak, has lost weight and suffers from an accelerated heartbeat, she is determined to continue with her hunger strike.

The administrative detention order was issued after Labadi was interrogated by Israel’s Shin Bet security service for 35 days. She is suspected of contact with Hezbollah, which allegedly sent her to the West Bank to recruit agents for the Shi’ite terrorist organization there. Labadi rejects the allegations, and her lawyer says that despite the harsh interrogation of his client no charges have been filed against her.

Judging by a statement she gave to the Palestinian Prisoners Affairs Commission, Labadi was interrogated in the same way four women from Hebron were questioned over a year ago before they were convicted of being members of Hamas and carrying out social and religious activities with the group.

The Public Committee Against Torture in Israel, which filed complaints on behalf of three of the women to the Israeli Ministry of Justice, determined that this manner of interrogation constitutes illegal torture.

Like the women from Hebron, she was tied to a chair in a position that caused her to suffer pains in her back, neck and arms. As the Hebron complainants testified, Labadi also testified that she faced threats from the interrogators.

She said that they told her that they would arrest her mother and sister, and that they would put her under administrative detention through orders that can be extended by up to seven and a half years. She also said that she was threatened that she wouldn’t be allowed to leave the West Bank (Labadi is a resident of the West Bank because her mother hails from the town of Ya’bad, west of Jenin). Labadi testified that her interrogators insulted her and yelled at her.

The cell in which she was held for several hours between interrogations was narrow, smelly, humid, windowless and full of bugs. The clothing she received to wear at night had a bad smell. According to her, the lights were kept on in her cell at all hours, and she was not given water.

Labadi said that she was taken to her cell twice a day to eat, for 30 minutes each time. Like the Hamas members from Hebron, she said the food was inedible (and that the fact she is vegetarian wasn’t taken into account). She recounted that she refused to eat for a week, and because she felt dizzy she was taken to a clinic. After the visit to the clinic she only ate bread and yogurt she was given.

Following the Jordanian consul’s visit on September 3, Labadi was taken out of the interrogation ward in Petah Tikva and moved around for several days between different detention centers – Kishon, Meggido and Damon. Despite being told the interrogation had ended, she was returned to the detention center in Petah Tikva, where she was held for nine more days. She was only further questioned during three of those nine days. On September 18, Labadi was transferred to the women’s prison in Damon. She was moved again on September 26 to Kishon, where she is currently being held – to punish her for going on a hunger strike, she said she was told.

Amira Hass is the Haaretz correspondent for the Occupied Territories. Born in Jerusalem in 1956, Hass joined Haaretz in 1989, and has been in her current position since 1993. As the correspondent for the territories, she spent three years living in Gaza, which served of the basis for her widely acclaimed book, “Drinking the Sea at Gaza.” She has lived in the West Bank city of Ramallah since 1997. Hass is also the author of two other books, both of which are compilations of her articles.