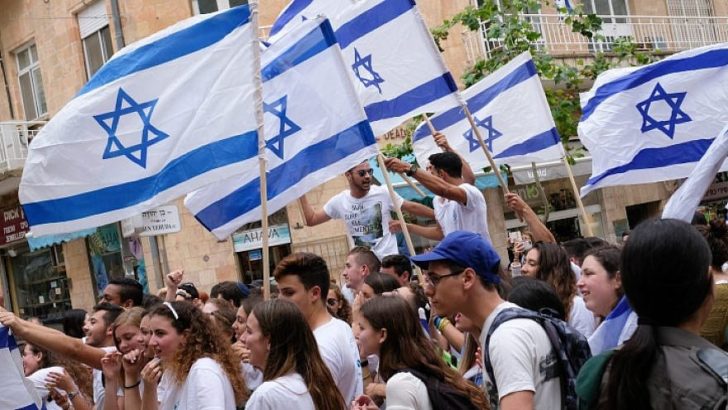 Israeli High school students from Yavne celebrate on May 13, 2018. Photo by Nati Shohat/Flash90.V

Jewish News Service reports: “A new poll by the Walla news website shows that most Israelis support the Nationality Law, with 58 percent agreeing with the current language and 34 percent opposed to it.

“The poll also showed that even more Israeli voters would choose Israeli Prime Minister Binyamin Netanyahu’s Likud Party than prior to the controversy over the new law.”