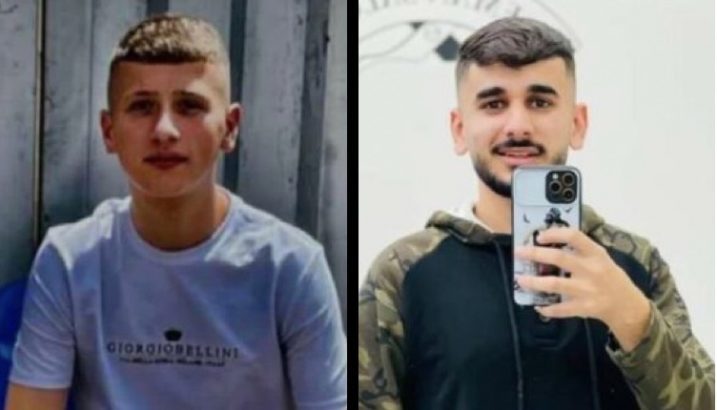 The Palestinian Health Ministry has confirmed Wednesday the death of a Palestinian minor who Israeli Border Police officers shot in Shu’fat refugee camp, northeast of occupied Jerusalem, in the West Bank.

The Health Ministry said the youth, Mohammad Ali, 16, was fatally wounded during protests that took place when the army invaded the refugee camp to demolish the home of a slain Palestinian.

Israeli media said the teen aimed a toy gun at the soldiers and border police officers, but they shot and killed him “because they didn’t know it was fake.”

The Israeli “Border Police” claimed there was no way to know the gun was fake because it “looked real,” but could not negate the facts, captured on police video, clearly showing the child being shot while running away, after already dropping the “gun.”

Israeli daily, Jerusalem Post, said the police later discovered that the gun was a dummy, adding that although the officers could not have been sure it was a toy gun in advance, it remains “unclear whether the killing was justified, given that at the moment he was hit, the youth had thrown away the “weapon” and was running away.

It stated that a response from the police failed to address the issue of the slain youth being shot after dropping the toy gun and fleeing but said he “showed open signs of presenting a threat.”

The Israeli army refused to comment on the fatal shooting and only stated that even though the soldiers were there, the “incident is managed by the border police, not the military, because it took place in East Jerusalem, not other parts of the West Bank.

Mohammad Ali was officially pronounced dead after he was taken to Hadassah Israeli medical center in Jerusalem. His family tried to take his body for burial, but their request was denied.

Furthermore, the Palestinian Red Crescent Society (PRCS) said the soldiers shot a young man with a live round in the shoulder and caused dozens to suffer the effects of tear gas inhalation.

On Wednesday, Israeli soldiers killed a Palestinian after an alleged ‘stabbing attack’ near the illegal Kedumim colony, built on stolen Palestinian lands near Kufur Qaddoum town, east of Qalqilia, in the northern part of the occupied West Bank.

The Palestinian Civil Affairs Committee said the young man is Aref Abdul-Nasser Lahlouh, 20, from the Jenin refugee camp, in the northern West Bank city of Jenin.

In a statement, the Israeli army claimed that the young man, reportedly carrying a knife, arrived at the military roadblock near Kedumim colony, and attempted to stab a soldier before other soldiers shot him.

It stated the Palestinian reportedly “chased a soldier who fired at him, causing him to fall on the ground, but managed to get up and run towards him again before he was fatally shot. The army said no soldiers were hurt in the incident.

Furthermore, the soldiers refused to allow Palestinian medics to approach the young man or take his corpse away.

A few hours after killing him, the soldiers abducted his father, Abdul-Nasser, while crossing a military back on his way back home.

His death brings the number of Palestinians killed by Israeli army fire in the first 25 days of this year to nineteen, including four minors.

NOTE: The entire West Bank has been under Israeli occupation since 1967; all its official entrances and exits are controlled by Israeli soldiers, making its Palestinian inhabitants virtual prisoners. Many are families that were ethnically cleansed from Israel during Israel’s founding war (see this and this and this). Israeli forces often invade them; one example is here.

OTHER RECENT NEWS ON ISRAEL/PALESTINE: