You Are Here: Home → House committees pass $20 mill per day on behalf of Israel

House committees pass $20 mill per day on behalf of Israel 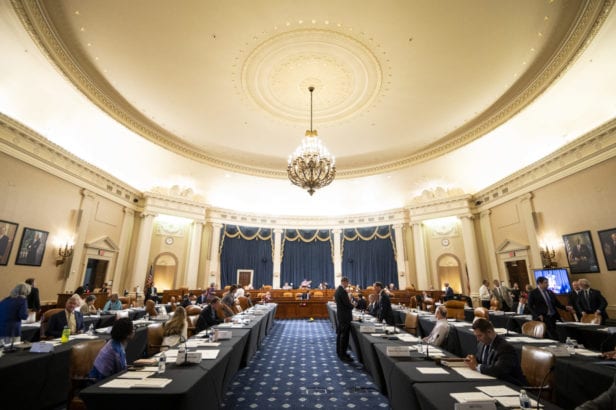 U.S. spending for Israel takes two forms: some of the money goes directly to Israel; some of the money goes to other items that benefit Israel. Legislation recently advanced by Congressional committees contains both types of funding. If the legislation becomes law, as is expected, a combined total of over $7 billion of Americans’ tax money will be disbursed in 2022 on behalf of Israel, one of the world’s richest and smallest countries…

Congressional committees recently passed two bills that contain provisions to disburse a total of over $7 billion on behalf of Israel in the year 2022. This works out to almost $20 million per day if the legislation passes both houses of Congress and is signed into law.

(1) The first bill, advanced by the House Appropriations Subcommittee on Defense on June 30th, is the overall appropriations bill for the Department of Defense for fiscal 2022.

• This bill gives half a billion dollars in direct aid to Israel for high tech anti-rocket systems.

(2) The second bill, advanced by the House Appropriations Committee on July 1st is the “2022 State, Foreign Operations and Related Programs Appropriations” bill. This bill (recently given the number H. R. 4373)  contains a number of funding items for Israel. Some of the funding goes directly to Israel; some of it goes to additional items because they benefit Israel.

[UPDATE: On July 28, the House of Representatives passed the bill. The next step is Senate approval.]

Below are the measures in this bill to and for Israel:

• $58 million on related programs for Israel, which AIPAC lists in a series of proud tweets.

• $1.65 billion to Jordan and $1.4 billion to Egypt tied to agreements that benefit Israel, namely that these countries desist from advocating for full Palestinian rights. As eminent economist Thomas Stauffer stated in a detailed analysis of U.S. expenditures: “Protection of Israel and subsidies to countries willing to sign peace treaties with Israel, such as Egypt and Jordan, has been the prime driver of U.S. outlays.“ Ambassador Chas Freeman concurs, stating that aid to Egypt and Jordan is supported “in large measure in terms of their contribution to the security of the Jewish state.” The money for Egypt stems from an inducement to obtain and then maintain Egypt’s peace treaty with Israel (AIPAC regularly advocates that the U.S. send aid to Egypt), and the money to Jordan is based on similar terms, the Guardian noting last year that Jordan’s willingness to work with Israel “helps to smooth the way for annual US aid payments worth more than $1.5bn each year that keep Jordan’s donor-dependent economy afloat.” The Jordanian government, despite protest from most of its population, periodically helps to enforce Israeli policies.

• $225 million allegedly for assistance to Palestinians. In reality, such funding is largely intended to benefit Israel, and is often proposed and/or receives support from Israel partisans such as Nita Lowey.

Rationales given in the bill for this funding are that it would “advance Middle East peace” (i.e. lead Palestinians to accede to Israeli demands); “improve security in the region” (be used by the Palestinian Authority to continue to round up resistance fighters – the Palestinian Authority is known as Israel’s “day-to-day partner in governing the West Bank”); and to “address urgent humanitarian needs” (but doesn’t mention that these needs are caused by Israel’s ongoing military attacks and financial policies against Palestinians).

Such ‘humanitarian’ funding for Palestinians is considered important for Israel, as two prominent Israel advocates explain:

“Funding for Palestinian assistance programs has always flowed with bipartisan support because it was determined to reinforce Israel’s security and provide a measure of U.S. leverage and influence.

This logic was ratified by the support of the Israeli government for these programs. Israeli authorities understood that a breakdown in security, an economic collapse or a humanitarian crisis in the West Bank would place an enormous burden on Israel.”

In total, these bills provide $3.8 billion directly to Israel in 2022 (the half billion in the defense bill and the $3.3 billion in the state/foreign relations bill), and $3.4 billion on behalf of Israel, which add up to a combined total of nearly $7.2 billion.

And that isn’t all…

There are numerous additional expenditures on behalf of Israel throughout the state appropriations bill that are not included in the above tabulation.

Among these are funding for operations to dismantle the Arab League boycott of Israel; millions of dollars provided for Jews resettling in Israel; portions of the $20 billion to “Democracy Programs” and the $4.5 billion to the U.S. Commission on International Religious Freedom that are used to oppose support for Palestinian rights as allegedly ‘antisemitism’; funding to countries such as Bahrain, UAE, Morocco, and others resulting from enticements to procure their ‘normalization‘ policies with Israel, etc.

And it’s important to remember that these two committees passed this extraordinarily lavish funding for Israel even though, as mentioned above, most voters would likely oppose it – if they knew about it. However, very few Americans know about the proposed funding, since mainstream U.S. news companies almost never report on such legislation (unlike Israeli and Israel-focused U.S. media).

The American Israel Public Affairs Committee (AIPAC) – possibly the most famous of the hundreds of pro-Israel groups in the U.S. – applauded Congressional leaders for their action in passing the measures: 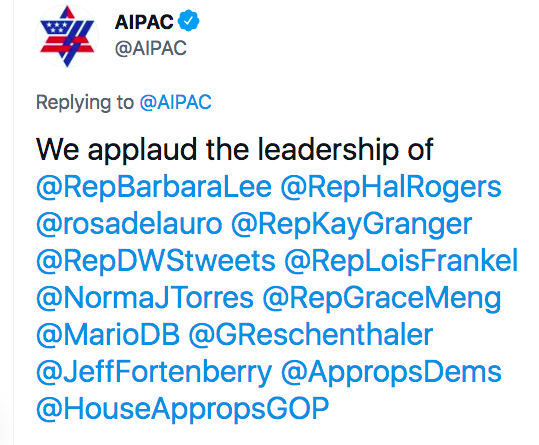 This money to and for Israel is not new. Over the years, Israel has received far more U.S. tax money than any other country on earth: on average over 7,000 times more per capita than anyone else. And that number is only the direct aid.

Economist Thomas Stauffer wrote that support for Israel also included numerous miscellaneous items such as “special trade advantages, preferential contracts, and aid buried in other accounts.” As of 2002, he found, support for Israel had cost Americans $1.8 trillion – and had cost “some 275,000 American jobs each year.”

And since then the cost of Israel to American taxpayers now also includes the lives destroyed and the multi-trillion dollar cost of the Iraq war, a tragic and disastrous quagmire promoted by Israel and its American partisans. And on top of this are the costs, in both lives and treasure, of Israel-influenced policies regarding Syria, Iran, and others.

This article was updated on 07/14/2021 for clarity, and some additional information was added. See a 30-second video about the aid here.

[UPDATE, 2022: It appears that some of this money was eventually disbursed through different bills: see this, this, and this.]