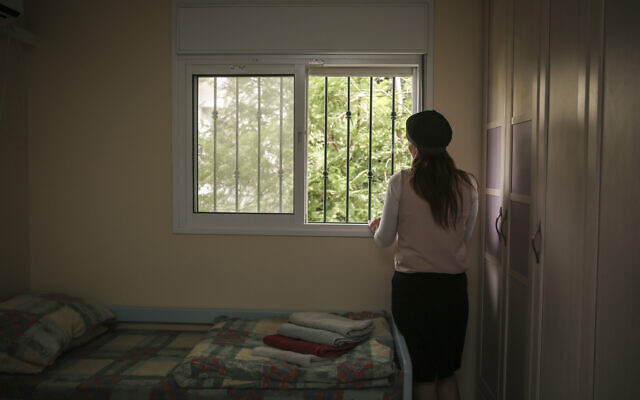 Illustrative: A woman looks out the window of her room in an abused women’s shelter in Beit Shemesh, July 15, 2014. (photo)

The Times of Israel reports that over 47,000 Ukrainians — the vast majority of them women — have traveled to Israel since the start of the Russian invasion “who are not eligible for citizenship under Israel’s Law of Return, according to Israel’s Welfare Ministry. Of these, only approximately 15,000 currently remain in Israel, with the rest having chosen to leave. Not a single Ukrainian fleeing the war has been accorded refugee status by Israel.

“A Times of Israel investigation has documented cases of rape, sexual harassment, workplace exploitation and other abuses faced in Israel by these women, many of whom have had their homes destroyed and lost their livelihoods. At least one of the women’s lives ended in death by suicide.

“Many of these abuses remain at best under the radar of the authorities or at worst willfully ignored, leaving the victims in a cycle of violence and poverty that only deepens the trauma they have endured to date. The perpetrators remain free to commit further crimes…”