You Are Here: Home → Gideon Levy: Israel Wants Another Intifada 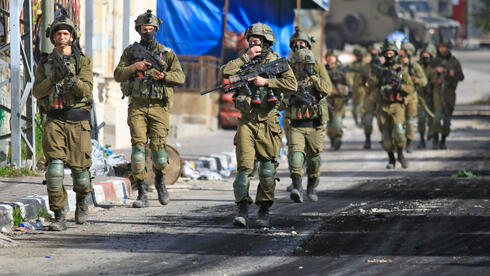 Israel wants another intifada [uprising], there’s no question about it. There’s no other explanation for the unbridled behavior of the past few months, even if it’s not clear what possible benefit could come from additional pointless bloodshed.

Pointless, but Israel wants it: What it’s been doing in the occupied territories lately will inevitably lead to another intifada. Israel knows this well. Thus, one has to conclude that this is what it wants.

All of the missing elements for the outbreak of another intifada are missing only on the Palestinian side: The Palestinians lack leadership, they lack Arab and other international support, they lack unity and the fighting spirit, without which the intifada will be slow in coming, thought it will eventually come.

But Israel has done its part to feed an outburst of anger and violence against it.

“What did you expect?” Trad Salah, whose son Uday, 17, died when an IDF sharpshooter fired one bullet into his head and one bullet into his heart from a distance of 100 meters (yards) in Kafr Dan. The question hung in the air inside his home, which will never recover from its grief. The two men who killed Maj. Bar Falah at the Jalamah checkpoint last week came from this militant village. In April, soldiers killed two unarmed men in the village. Now they killed Uday.

In a few days, the army will raid the village and raze the homes of Falah’s killers. The writing is on the wall. The gravediggers can get to work in the cemetery across from the home of Salah, who can see his son’s grave from his window.

What did you expect? Ask the IDF and Shin Bet commanders who let the army and the security service do whatever the want.

What did you expect? Ask the prime minister and the defense minister of the so-called government of change and healing, who allowed and encouraged all this.

What did you expect, every Israeli who stays silent should be asked.

Israel wants to provoke an intifada

What Israel has been doing for the past few months is a one-way ticket to a popular uprising, even if it fails like its two predecessors. The largest number of Palestinian fatalities and detentions without trial in seven years and the largest number of violent incidents by settlers – possibly more than ever.

What do you expect from an army whose commander boasts about how lethal it is, and whose soldiers know that anything goes?

It’s hard to decide where to begin – with the daily apartheid, from the Palestinian farmer who tried to protect himself and his property from settler thugs and now his hands are crushed, and he’s been detained for two weeks while the settler who hurt him walks free?

With the killing of Shireen Abu Akleh, followed by the IDF’s lying attempts to shirk all responsibility for the despicable crime and to back the soldiers who shot her when they saw that she was a journalist?

With the sanctifying of the army of the occupation? With the sickening way the army is worshiped in the media, a trend that lately has once more swelled to frightening proportions? Not a day goes by without fawning coverage of an exemplary soldier or military unit.

What did you expect from Israel’s crushing of Palestinian President Mahmoud Abbas? From Prime Minister Yair Lapid meeting with King Abdullah at the UN and completely disregarding Abbas, as if we’ve somehow returned to the days of Shimon Peres’s “Jordanian option”?

From the army and the settlers’ growing intoxication with power? Where to begin?

It’s a lot easier to say how it will end. It will end with blood. More blood. With a violent uprising. It could be very brutal, and it will be fairly easy to understand, and even to justify, the motivations.

OTHER RECENT ISRAELI ASSASSINATIONS OF PALESTINIANS:

SOME BACKGROUND ON PAST PALESTINIAN UPRISINGS: