You Are Here: Home → Tuesday was a very bad day for Palestinians, but so is every other day

Tuesday was a very bad day for Palestinians, but so is every other day 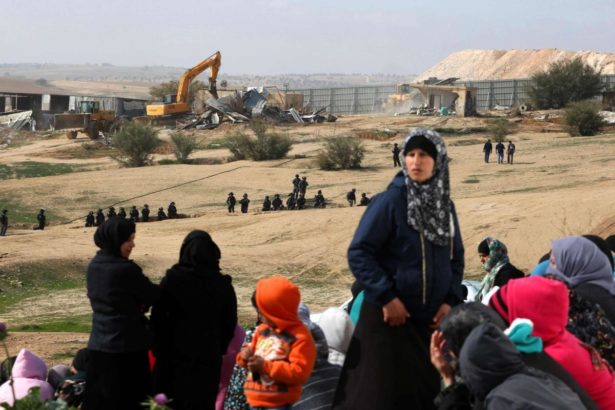 The events of December 4, 2018 in the occupied Palestinian territories would startle most of the world, but US mainstream US media won’t report them: a grieving father is unable to get Israel to take responsibility for just 4 of the 1,400 deaths from Operation Cast Lead; an Israeli arms testing facility is about to move in on Bedouin land; a mentally disabled man is killed; 24 Palestinians are abducted; and 5 buildings (and livelihoods of 5 families) are demolished.

from If Americans Knew

These 5 incidents are among many that happened in one day, December 4, 2018 – typical of a day in the occupied Palestinian territories.

An Israeli court ruled against a Palestinian from Gaza whose three daughters were killed during Operation Cast Lead, denying Israel’s responsibility for their deaths.

(See this short video from the night when, as Izzeldin Abuelaish was speaking by phone on an Israeli TV channel, his house was shelled and he discovered that his daughters and a niece had been killed.)

Before going to court, Abuelaish tried unsuccessfully for years to get the Israeli government to admit responsibility for the girls’ deaths.

The lawsuit claimed that there was no fighting in the area when the attack occurred; without a military rationale, the shelling was a war crime.

But the Israeli Justice said that Israeli shells hit Abuelaish’s home because “figures on the roof were suspected of acting as lookouts for terror groups and directing fire at IDF forces.”

The four girls were among 1,390 Palestinians killed by Israeli forces during “Operation Cast Lead.” According to B’tselem, an Israeli human rights organization, more than half of those killed were civilians. Nine Israelis were killed.

IMI Systems (formerly Israel Military Industries) is planning to move a high-risk weapons testing facility to an area with multiple Bedouin communities, and would likely “result in the forced displacement of area residents.  1,213 buildings and other structures are at risk; in addition, the plan “violates the right of area residents to dignity, life, health, and to environmental justice.”

Human rights organizations filed an objection to the move, pointing out, “the establishment of the high-risk military industrial zone in the heart of a populated area means that local residents were not taken into account when preparing the plan and that they are seen as…a ‘problem’ that can be solved through eviction.”

A 22-year-old mentally disabled Palestinian, Muhammad Hussam Habali, was shot multiple times with live ammunition and killed by Israeli forces early in the morning during a raid in the occupied West Bank city of Tulkarem.

UN OCHA reports that 279 Palestinians have been killed and over 30,000 injured by Israeli forces from the start of the year to 19 November in both the occupied West Bank and the Gaza Strip, most while taking part in peaceful protests in Gaza as part of the “Great March of Return.”

The March is an ongoing venture which was launched in March, calling for Palestinians’ right to return to the homes from which their families were forcibly displaced to make way for the creation of the state of Israel and calling for an end to the 11-year siege of the Strip.

Overnight and Tuesday morning, Israeli soldiers abducted 24 Palestinians from their homes all over the occupied West Bank.

The soldiers invaded and violently searched dozens of homes in various parts of the West Bank, and interrogated many Palestinians while inspecting their ID cards, before abducting the 24 residents – at least two of them were 18-year-olds and two more were 16 and 14.

A resident said dozens of soldiers came before dawn with armored military bulldozers and destroyed a hothouse, a laundromat, and carpentry, blacksmith, and aluminum workshops.

Demolition orders were issued a week ago, and owners were given “one month to file appeals.”