You Are Here: Home → Palestinian-American Congresswoman to take delegation to West Bank 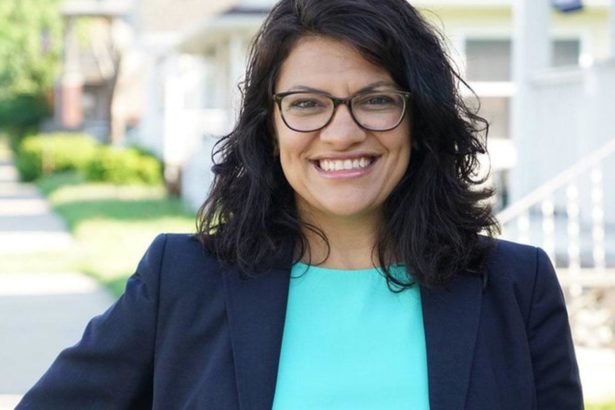 The pendulum begins to swing back: Rep. Rashida Tlaib plans to lead a congressional delegation on a trip to the occupied West Bank – a counterbalance to AIPAC’s standard Israel trip for new Congress members. Rights groups have regularly criticized the AIPAC-sponsored trip as propaganda, and hopes to show what is really happening to Palestinians in the region.

Democratic representative-elect Rashida Tlaib is “planning to lead a congressional delegation to the Israeli-occupied West Bank”, according to a report by the Intercept.

The Intercept described the trip as “a swift rebuke of a decades-old tradition for newly elected members: a junket to Israel sponsored by the education arm of the American Israel Public Affairs Committee, known as AIPAC, the powerful pro-Israel lobby group”.

Tlaib, the first Palestinian-American woman to be elected to Congress, said that her “group will focus on issues like Israel’s detention of Palestinian children, education, access to clean water, and poverty”, and may take the group to Tlaib’s grandmother’s village, Beit Ur Al-Foqa.

According to the Intercept, Tlaib “wants her delegation to humanize Palestinians, provide an alternative perspective to the one AIPAC pushes, and highlight the inherent inequality of Israel’s system of military occupation in Palestinian territories”, which Tlaib “likens to what African-Americans in the United States endured in the Jim Crow era”.

“I don’t think AIPAC provides a real, fair lens into this issue. It’s one-sided. … [They] have these lavish trips to Israel, but they don’t show the side that I know is real, which is what’s happening to my grandmother and what’s happening to my family there,” she said. “I want us to see that segregation and how that has really harmed us being able to achieve real peace in that region,” Tlaib added.

Tlaib confirmed she backs the boycott of Israel. “I personally support the BDS [Boycott, Divestment and Sanctions] movement,” said Tlaib, describing economic boycotts as a way to bring attention to “issues like the racism and the international human rights violations by Israel right now”.

Tlaib’s announcement of her support for BDS comes after Republican-elect Ilhan Omar also came out in favour of the boycott.