You Are Here: Home → Grandmother dies of heart attack after Israeli soldiers storm her home 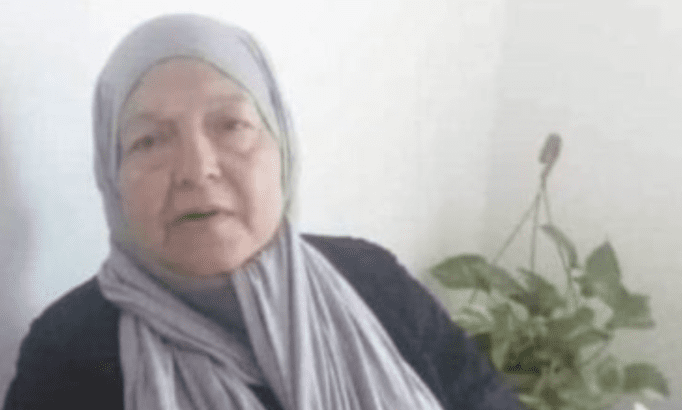 After Israeli soldiers violently broke into Rahma Khalil Abu ‘Ahour’s home, causing anxiety and damage, she suffered a heart attack and died. Such home invasions occur on a daily basis, and are in violation of international law.

A Palestinian woman suffered a fatal heart attack, on Wednesday at dawn, when Israeli soldiers stormed into her home in Abu Njeim village, east of Bethlehem, south of occupied Jerusalem in the West Bank.

Her family said Rahma initially suffered what seemed to be a severe anxiety attack when the soldiers stormed her home and fainted before she dropped her onto the ground.

When the medics were called to the scene, they realized she suffered a heart attack, and rushed her to the hospital where she was officially declared dead.

The family said many soldiers stormed the home at dawn, and started very violent searches of the property, leading to excessive damage, and confiscated Palestinian flags in addition to pictures of late Palestinian President Yasser Arafat.

They added that the soldiers were very violent when they broke into the property, and the way they searched the home, terrorizing the entire family.

Ghanem Omar, the head of the Elderly Care Department of the Ministry of Social Development, condemned the Israeli invasion that led to the death of the Palestinian woman, and denounced a statement by the Israeli army in which it claimed the soldiers had nothing to do with Rahma Khalil Abu ‘Ahour’s death.

Omar added that Israel’s policies of violent home invasions, especially late at night and early at dawn, are aimed at causing fear among the families, including the children and the elderly, and are illegal under all international humanitarian laws and regulations.

He called on the International Community to perform its moral and legal duties to stop the ongoing Israeli crimes and violations against the Palestinian people, and to provide them with the urgently needed protection.