You Are Here: Home → Palestinian Dies After Being Rammed By Israeli Settler’s Car

Palestinian Dies After Being Rammed By Israeli Settler’s Car 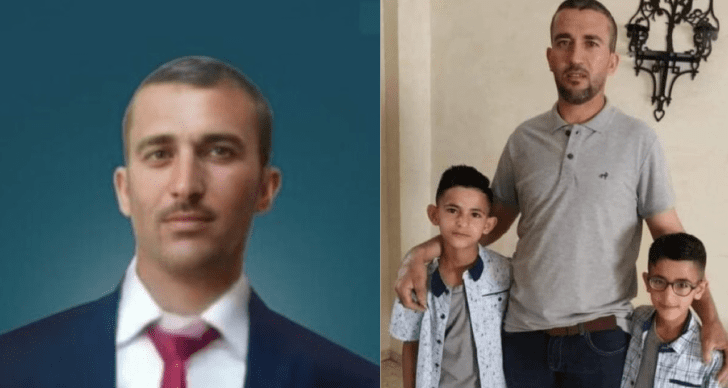 Another victim of car-ramming: (l) Azzam Jamil Amer, (r) Amer with his children.

A young Palestinian husband and father is the victim of a car-ramming by an Israeli settler. It is not known whether this was an accident or a deliberate act, but it comes at a time when settler violence is rampant.

Medical sources have confirmed, on Wednesday evening, that a Palestinian man died after being rammed by a speeding Israeli colonialist settler’s car near Salfit, in northwestern West Bank.

The sources said the man, Azzam Jamil Amer, from Kafr Qalil village, south of the northern West Bank city of Nablus was struck by the Israeli colonists’ car, before he was moved to an Israeli hospital where he succumbed to his serious wounds.

The Israeli police said it opened an investigation to determine whether the incident was a traffic accident or a deliberate attack.

Kamil held Israel responsible for the young man’s death, adding that Israel’s colonies are illegal under International Law since they are built on occupied lands, and constitute war crimes.

The deceased husband, and father, is a day laborer who was returning home from work when the incident took place.

It is worth mentioning that many Palestinians, including children, have been killed, and dozens injured, in similar incidents across the occupied West Bank.

In August of 2020, a young Palestinian man was killed when a speeding Israel colonists’ car struck him near a military roadblock, south of Tulkarem, in northern West Bank.

The Palestinian has been identified as Eqab Bashir Darawsha, 21, from Tallouza village, north of Nablus, in the northern West Bank.