You Are Here: Home → Just another Manic Monday in the West Bank 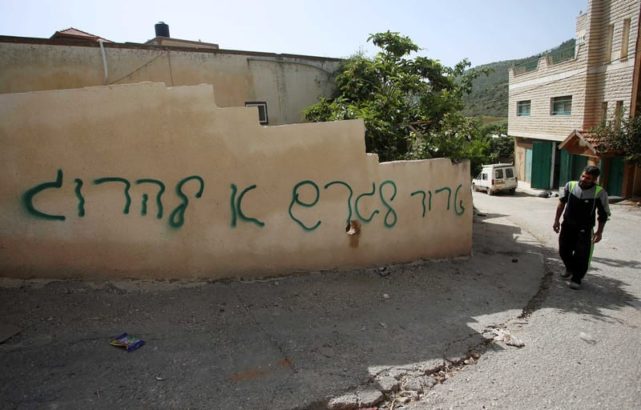 A Palestinian man stands next to a house vandalized with Hebrew-language graffiti on 18 April in Nablus. (Shadi Jarar’ahAPA images)

Ever have one of those days? In the Occupied Palestinian Territories, you never know whether your house, or your car, or your family members will be there when the day is done. The Occupation never sleeps.

All of these stories happened on one day – September 3 – as reported by one news agency – IMEMC News. Additional stories were reported from East Jerusalem and Gaza.

And this was an ordinary news day. 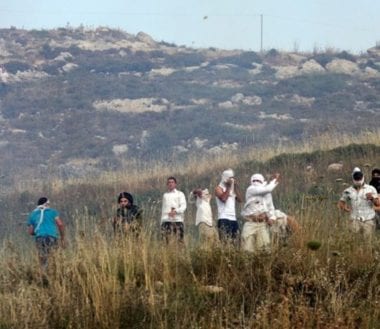 Israeli Colonizers Open Fire At A Palestinian Home Near Nablus

Illegal Israeli colonizers opened fire, on Monday evening, at a Palestinian home in Burqa village, north of Nablus, in the northern part of the occupied West Bank.

Ghassan Daghlas, a Palestinian official who monitors Israel’s colonialist activities in northern West Bank, said the Israeli assailants fired many live rounds at the home of Jamal Rida Saif, located near the main road linking between Jenin and Nablus.

The Israeli attack caused property damage, but did not lead to casualties.

Eyewitnesses stated that the assailants came from the location of the former Homesh illegal colony, which was removed in 2005. 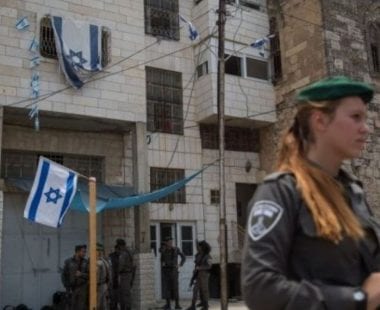 A group of armed extremist Israeli colonizers invaded, on Monday at night, a Palestinian home in the Old City of Hebron, in the southern part of the occupied West Bank, and occupied it.

The WAFA Palestinian News Agency said the home is owned by members of Za’tari Palestinian family, and is located near the Ibrahimi Mosque, and close to Keryat Arba’ illegal colony.

The colonizers were accompanied by many soldiers, who surrounded the area and prevented the Palestinians from entering it, while the assailants brought furniture into the property. 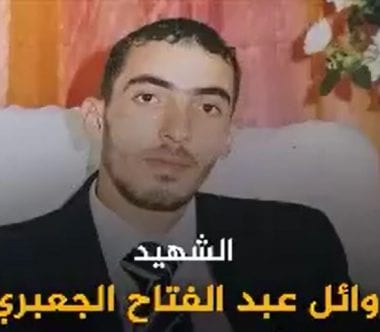 Israeli soldiers killed, Monday, a young Palestinian man near the al-Mowahel military checkpoint, located near the illegal Israeli settlement of Kiryat Arba in Hebron, in the southern part of the occupied West Bank.

The soldiers shot the young man with multiple live rounds, then left him lying on the ground and prevented ambulances from reaching him. He eventually bled to death from his wounds.

The Palestinian has been identified as Wael Abdul-Fattah al-Ja’bari, a 27-year-old Palestinian, from Hebron. The slain Palestinian is a married father of two children, and was shot just meters away from his home.

Israeli forces reportedly shot the youth with several bullets throughout his body and prevented the access of ambulance crews to the site of the incident, leaving the youth to bleed to death.

No Israeli soldiers were injured or hurt in any way, as the young man was shot while far from the checkpoint. 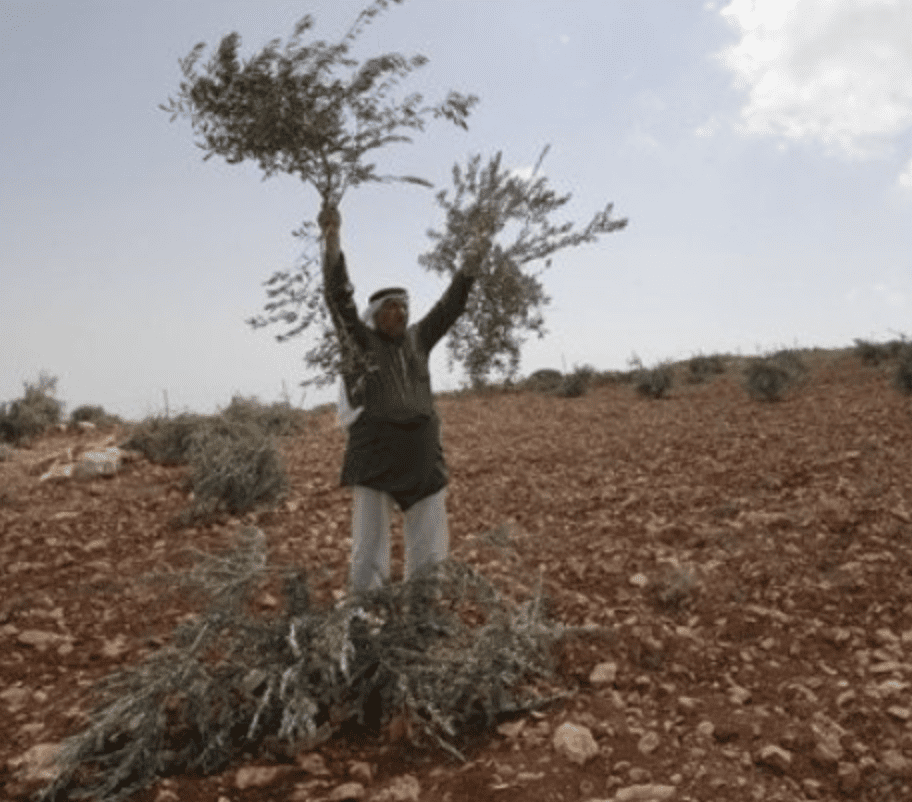 Locals said, according to Ma’an, that Israeli settlers raided the village overnight and punctured the tires of several Palestinian vehicles. Israeli settlers also spray-painted racist slogans, in Hebrew, on the walls of surrounding buildings.

On Sunday, Israeli Civil Administration delivered a notice regarding the uprooting of about 70 Palestinian-owned olive trees in the Jordan Valley area. On Saturday, Israeli settlers had uprooted and damaged 20 olive trees in a Nablus-area village.

Earlier this year, the Shin Bet, Israel’s internal intelligence agency, reported a spike in Israeli hate crimes against Palestinians in 2018.
According to the April report, there were 13 attacks in the first four months of this year – more than in the whole of 2017, when the agency recorded only eight attacks — though Palestinians report the number to be much higher.

According to the United Nations Office for the Coordination of Humanitarian Affairs (OCHA), there were a total of 107 reported settler attacks against Palestinians and their properties in the West Bank and occupied East Jerusalem, in 2016. 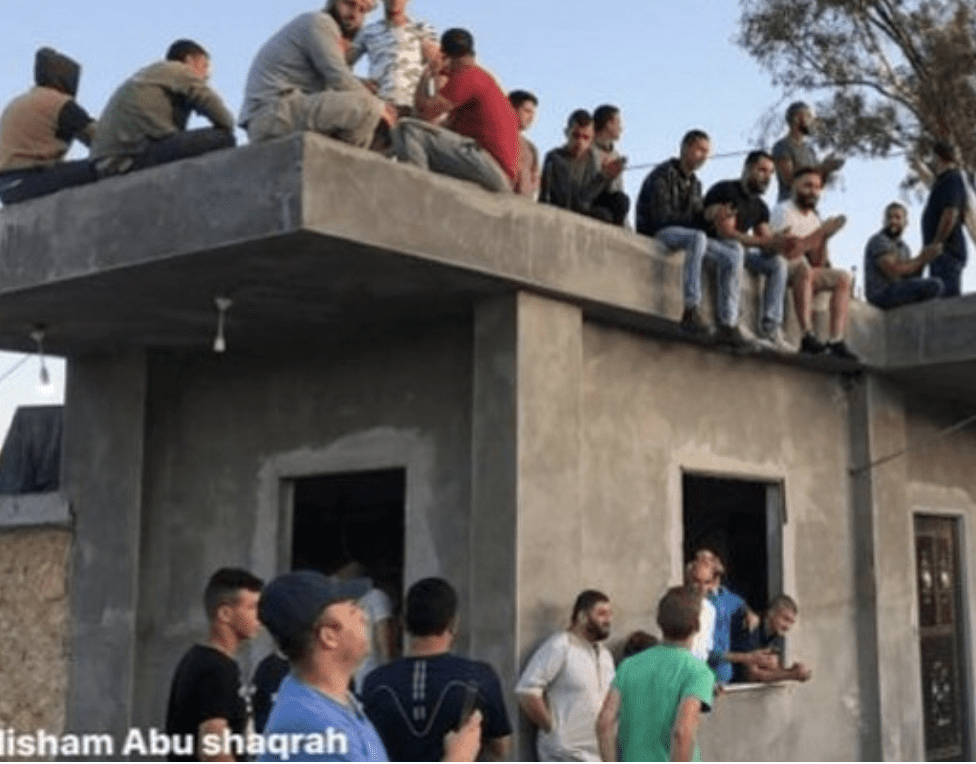 Bethlehem Palestinians Gather at Homes Threatened by Demolition, Many Israelis Join in Protest

A number of Palestinian citizens were injured after they stood up to the Israeli army’s attempts to demolish four houses in Battir village, west of Bethlehem. Eventually, the army demolished two out of four houses.

Local PNN sources in the village said that the residents gathered in two houses, early Monday, and tried to stop Israeli soldiers who stormed the village with large forces and besieged a number of houses placed under under notification for demolition, yesterday.

A number of citizens were reportedly injured after a large army force stormed the houses where they were barricaded and fired live bullets, rubber-coated metal bullets and gas bombs at citizens, forcing them to leave the houses.

Local sources in the village said that Israeli occupation forces prevented ambulances belonging to the Palestinian Red Crescent Society from entering the village, and prevented journalists and the media from reaching  the scene, forcing ambulances to try to enter the village from secondary roads in order to reach the injured.

Hundreds of Israeli civilians also stormed a house, from dawn until morning, and chanted national slogans condemning the occupation, stressing the adherence of the people to their national rights. Hundreds of Israeli soldiers and border guards broke into the house and fired bullets, sound bombs and gas and forced the residents to leave the house.