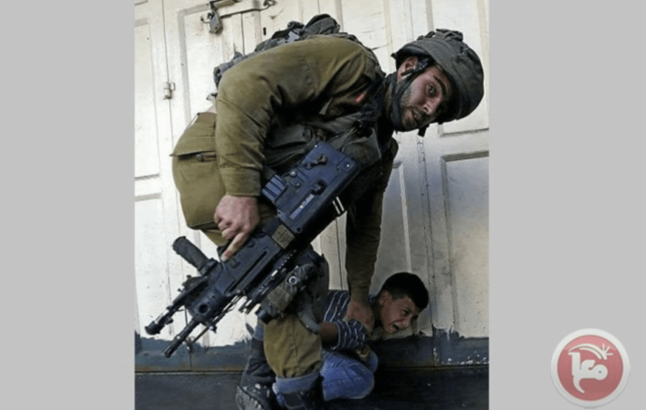 According to Defense for Children International, Israel is the only country in the world that automatically prosecutes children in military courts that lack basic and fundamental fair trial guarantees.

The majority of Palestinian child detainees are charged with throwing stones, and three out of four experience physical violence during arrest, transfer or interrogation.

They are detained from their West Bank homes during the middle of the night by heavily armed Israeli soldiers. Interrogations tend to be coercive, including a variety of verbal abuse, threats and physical violence that ultimately result in a confession.

Unlike Israeli children living in illegal settlements in the West Bank, Palestinian children are not accompanied by a parent and are generally interrogated without the benefit of legal advice, or being informed of their right to silence.

They are overwhelmingly accused of throwing stones, an offense that can lead to a potential maximum sentence of 10 to 20 years depending on a child’s age.

Israeli forces detained an eight-year-old Palestinian child, on Friday afternoon, near the entrance of the town of Beit Ummar, north of the southern occupied West bank district of Hebron.

Local sources said that Israeli forces targeted eight-year-old Omar Rabie Abu Ayyash and detained him near the entrance to the town of Beit Ummar.

The committee’s August report documented testimonies from a number of Palestinian children during their detention by Israeli forces and revealed that the children were subjected to systematic beatings and torture during and after their detention.

According to prisoners rights group Addameer, there are 270 Palestinian child prisoners being held in Israeli prisons, of whom 50 are under the age of 16.

As Israel continues to kill children with impunity, urge lawmakers to support HR 4391