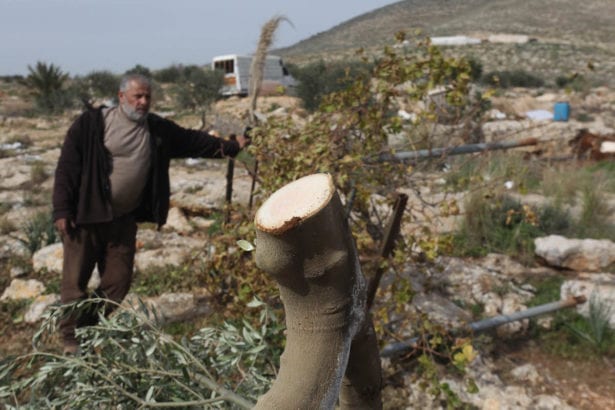 Reposted from Middle East Monitor
The Israeli army yesterday destroyed a natural reserve and uprooted at least 10,000 trees in a military campaign in the northern West Bank in a move that Palestinians termed a “crime”.

Moataz Bisharat, who is responsible for monitoring Israeli settlement activity in the Jordan Valley, told Anadolu Agency that the occupation army pushed military vehicles and dozens of soldiers into the Ainun area in Tubas city in the morning and destroyed a nature reserve built on an area of about 400 dunums (98 acres).

The occupation army “chopped down and destroyed about 10,000 forest trees and about 300 olive trees,” he said.

Trees were planted in the nature reserve eight years ago as part of the Greening Palestine project supervised by the Palestinian Ministry of Agriculture and funded by the Venezuelan consulate in Palestine.

Bisharat stressed that the occupation alleged that the destruction of the reserve came as it was classed as a military zone even though it was not more than 300 metres away from residential areas and it served as an “outlet” for residents.

In a statement, the Palestine Liberation Organisation’s Colonisation and Wall Resistance Commission said Israel “has formed a special unit whose mission is to wage war on the Jordan Valley.”

“A security apparatus has been formed to oversee construction and agriculture in Area C and it has undertaken to wipe out the Palestinian presence,” the statement read.

The commission described the incident as “a crime and a campaign of eliminating trees, buildings, livestock and sources of income.”

What is happening, it added, is “part of a war waged by a terrorist state [Israel] that is burning green areas.” 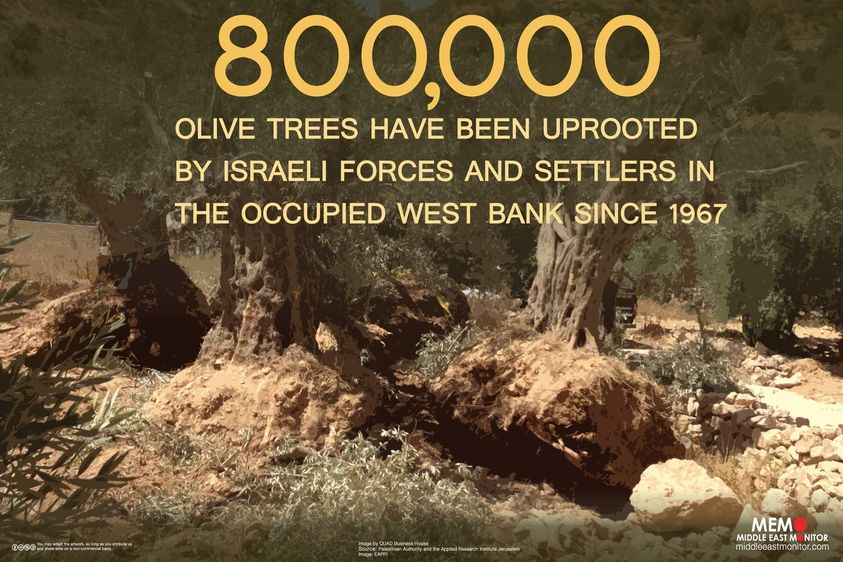