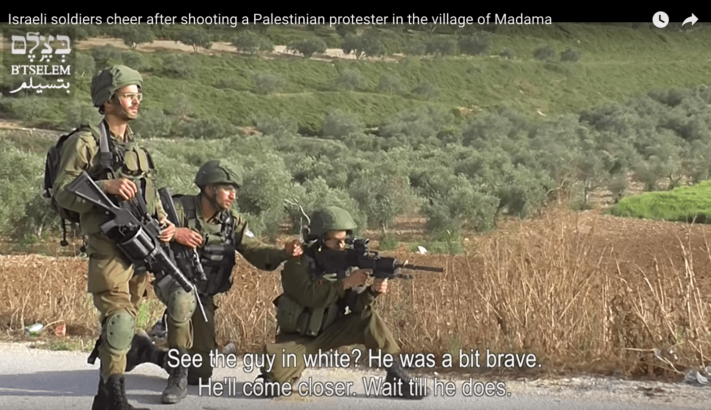 Below are some of the latest news reports from the Palestinian Occupied Territories: 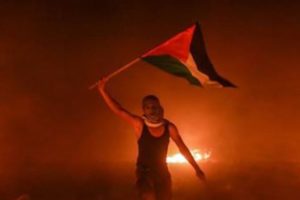 Israeli soldiers shot, on Sunday at night, six Palestinians, including two who suffered serious injuries, in the Gaza Strip, the Palestinian Health Ministry said. The soldiers shot three Palestinians, east of the al-Boreij refugee camp, in central Gaza, before they were rushed to the Al-Aqsa Hospital, in nearby Deir al-Balah. […] 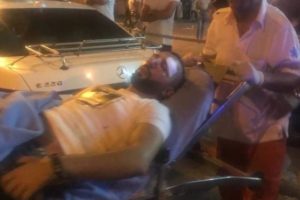 A group of extremist illegal colonialist settlers attacked, on Sunday at night, many Palestinians and stores in the Old City of occupied East Jerusalem, causing damage and wounding five young men. The WAFA Palestinian News Agency said the Israeli assailants attacked many shops in the al-Misrara area, near Bab al-‘Amoud, […] 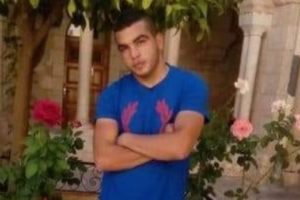 Israeli Soldiers Shoot A Palestinian In His Home Near Bethlehem

Israeli soldiers shot, on Sunday at dawn, a young Palestinian man after invading his home and firing many live rounds and concussion grenades inside the property in Nahhalin town, west of Bethlehem, in the occupied West Bank. Sobhi Zeidan, the head of Nahhalin Local Council, said dozens of soldiers invaded […] 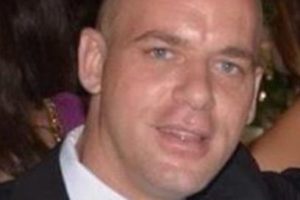 The Israeli authorities rearrested, Sunday, a Palestinian political prisoner with French citizenship, minutes after his release from prison after spending thirteen months under arbitrary Administrative Detention orders without charges. The Palestinian Salah al-Hammouri, from occupied East Jerusalem, was held at the Negev Desert Detention Camp for thirteen months, under Administrative […] 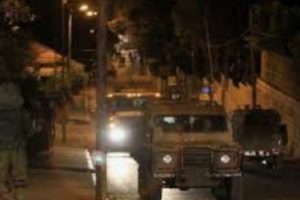 Soldiers Shoot A Palestinian In Jericho

Israeli soldiers shot, earlier Sunday, a Palestinian teenage boy in Ein al-Sultan area, in Jericho city in the occupied West Bank, after the army invaded it, accompanying groups of illegal colonialist settlers. Media sources in Jericho said many Palestinians protesters the invasion, before the soldiers fired many live rounds and […] 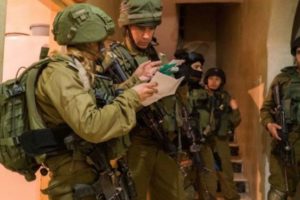 Israeli soldiers abducted, on Sunday at dawn, six Palestinians, including two siblings, in Hebron, Bethlehem and Jenin, in the occupied West Bank. The Palestinian Prisoners’ Society (PPS) said the soldiers invaded and searched many homes, and interrogated many Palestinians before abducting the six. The PPS office in Hebron, in the […] 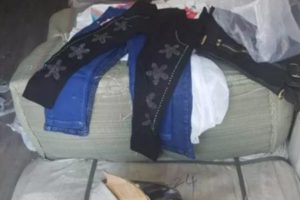 Israeli occupation authorities have reportedly seized a number of large containers of children’s clothing while on their way to the besieged Gaza Strip, claiming they were to be used for terrorist acts, Israeli media reported on Saturday. According to  Israeli news site Ynet, Israeli Defense Minister Avigdor Lieberman said that […]

From the Israeli NGO B’Tselem
At around 2:00 P.M. on Friday afternoon, 13 April 2018, some thirty residents of the Palestinian village of Madama [near Nablus] tried to remove a roadblock the Israeli military had placed at the eastern entrance to the village. About eleven soldiers then arrived on the scene. In the clashes that ensued, residents threw stones at the soldiers from a distance of 50-80 meters, and the soldiers fired stun grenades and rubber-coated metal bullets at the villagers. Seven residents sustained injuries from the rubber-coated metal bullets the soldiers fired: two were taken to a hospital in Nablus for medical treatment, and the other five were treated on the spot. Joyfully cheering about shooting a person trying to clear the access road to his home and calmly discussing other ways to hit him and the other people with him are part of the discordant soundtrack accompanying 51 years of occupation.  The video was edited by B’Tselem. Filmed by B’Tselem volunteers Mu’awiyah Nassar and Ahmad Ziyadah