You Are Here: Home → Meet the candidates challenging pro-Israel Democrats in US Congress

Meet the candidates challenging pro-Israel Democrats in US Congress 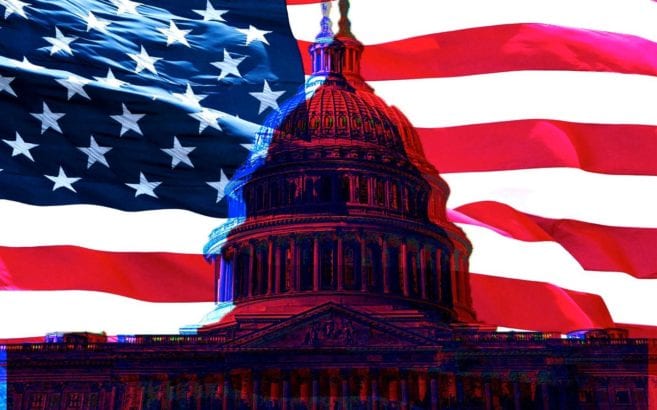 As left-wing Democrats search for the ‘next AOC’, Middle East Eye looks at six primary contests to watch this election season (Illustration by MEE’s Mohamad Elaasar)

While progressive candidates are largely focusing on domestic issues, many have promoted even-handed policies on Palestine

Joe Biden’s recent pronouncements in the Israeli-Palestinian conflict have left many progressive activists angry and disappointed.

Echoing the traditionalist pro-Israel approach in Washington, the former vice president has been accused of perpetuating Donald Trump’s anti-Palestinian policies.

Bernie Sanders’ presidential campaign had brought Palestinian human rights to the forefront of the conversation about the Middle East, demonstrating that an even-handed foreign policy on Israel was a viable position in US Democratic politics.

Sanders had an unparalleled appeal to young voters who are increasingly sympathetic towards Palestinians.

But now with the Democratic primaries all but over with Biden as the presumptive nominee, Palestine solidarity advocates and Arab and Muslim organisers are calling for political engagement in local and congressional elections – beyond the presidential race.

“It’s not just about Biden; it’s not about the president. It is about who is working in our policymaking process, and that is way more people than just one person,” political analyst Wardah Khalid told MEE earlier this month.

Throughout the country, progressive candidates with foreign policy views in line with the Sanders campaign are challenging staunchly pro-Israel Democratic incumbents.

While such challengers are focusing on domestic policies, including environmental protections, economic inequality and access to health care, on foreign policy they have made clear distinctions between themselves and their opponents.

As left-wing Democrats search for the “next AOC”, MEE looks at six Democratic primary contests to watch this election season.

In Maryland’s Fifth congressional District, Mckayla Wilkes, a working-class single mother, is taking on Steny Hoyer, the second-ranking Democrat in the House of Representatives and one of the staunchest supporters of Israel in Washington.

Hoyer has been elected 20 consecutive times to the House, where he now serves as the majority leader. He leads AIPAC-sponsored trips to Israel, promotes bills against the Boycott, Divestment and Sanctions (BDS) movement and denounces voices critical of Israel within his own Democratic caucus.

Wilkes is trying to unseat Hoyer, who never lost an election in 40 years, by adopting progressive policies, including universal health care (Medicare for all), the Green New Deal and protecting immigrant rights.

On foreign policy, she is as willing to criticise Israel as Hoyer is eager to shield it from criticism. She has condemned “Israeli apartheid” and called out her opponent for defending Israeli Prime Minister Benjamin Netanyahu against accusations of racism.

“He voted for the Iraq War, I would have opposed it. It’s really important for people to understand why we need new ideas when it comes to foreign policy, especially people in our district, because we really need to begin to take an anti-imperialist approach and focus more on helping others instead of bombing countries.”

The AIPAC-linked Democratic Majority for Israel (DMFI) PAC has endorsed Hoyer. The primary vote will take place on 2 June.

Engel, a 16-term Democratic congressman, voted in favour of the US-led invasion of Iraq. He has also been a vocal supporter of Israel throughout his tenure in Congress.

Amid global outrage at Trump’s decision to move the US embassy in Israel to Jerusalem, Engel welcomed the move in 2018, calling it “long overdue“. In fact, the congressman introduced a bill voicing support for recognising Jerusalem as the “undivided” capital of Israel in 1990.

‘We need to stand up to far-right authoritarian leaders rising across the world, not cozy up to them, whether that’s in Saudi Arabia, Europe, India, or Israel’

Earlier this year, when the White House released its so-called “Deal of the Century” for the Israeli-Palestinian conflict, Engel did not speak out against the plan, which would allow Israel to annex large parts of the occupied West Bank. Instead, he released an ambiguous statement stressing the need for a two-state solution to the conflict.

Earlier this year, the AIPAC-linked DMFI PAC endorsed Engel and contributed $2,000 to his reelection campaign.

For his part, Bowman, who has been endorsed by the left-wing group Justice Democrats, has called for considering conditioning aid to Israel and decried the treatment of Palestinian children at the hands of Israeli authorities.

“We need to stand up to far-right authoritarian leaders rising across the world, not cozy up to them, whether that’s in Saudi Arabia, Europe, India, or Israel. It’s a fight between leaders who are dividing people up and leaders who are bringing people together around a common purpose,” he told Jacobin magazine last year.

At a time when BDS has become a dirty word in mainstream US politics, Missouri progressive Cori Bush openly defends the movement on her campaign website.

“In our current geopolitical economy, money talks far louder than speech alone,” Bush’s platform on foreign policy reads. “This is why nonviolent actions like the BDS movement are so important – and why the effort to mischaracterize and demonize the BDS movement by its opponents is so urgent.”

Bush, a nurse and single mother, is trying to unseat Congressman Lacy Clay, who landed in the House of Representative 20 years ago – replacing his father who had represented the same district for 32 years.

It is not the first time Bush has taken on Clay. In 2018, she mounted a serious challenge against him, but fell short of winning the primary.

Clay, a veteran legislator, has voted largely in line with the Democratic establishment on the Middle East. Last year, he backed a resolution condemning BDS, which passed with overwhelming bipartisan support.

“My vote stands for the principle that no matter how divided our politics, the protection and support of our ally Israel is a bipartisan trust and should remain as such,” he said in a statement after the vote.

In 2011, he co-sponsored a bill opposing Palestinian efforts to seek statehood at the United Nations.

“America’s national interest is best served by our continued, unshakable commitment to the State of Israel as a Jewish, democratic state…living side-by-side with a homeland for the Palestinian people as determined by a negotiated settlement,” he said at the time.

The Missouri congressional primaries will take place on 4 August.

Shahid Buttar, a Muslim-American civil rights lawyer, is aiming high: He’s taking on the most powerful Democrat in the country – Speaker of the House Nancy Pelosi.

In an interview with The Young Turks digital news show last year, Buttar called Israel a “settler-colonial state supported by US military aid“. On his campaign website, he pledges to “challenge US support for the Saudi genocide in Yemen”.

Pelosi is revered by many Democrats as the spearhead of anti-Trump resistance. But critics on the left paint her as too compromising and out of touch with working class Americans.

After all, the speaker is a proud centrist. “Own the center left, own the mainstream,” she told the New York Times last year, dismissing popular proposals on the left like Medicare for all and the Green New Deal as “exuberances”.

Much like most of the upper echelon of the party from her generation, Pelosi is an outspoken supporter of Israel and a regular guest at AIPAC conferences.

Earlier this year, Buttar told MEE that a “generational earthquake” of millennial political engagement encouraged him to run for office in his hometown of San Francisco and try to unseat 80-year-old Pelosi.

“Basically now we’re coming for the country at the ballot box, because that generation has now matured. And they have another generation behind them. And the boomers are dying off and don’t have the numbers to fight us anymore,” he said. “So we are coming for the system.”

Still, saying that Shahid has a mountain to climb is an understatement, despite having raised more than $660,000 mostly from small donations and generating a media buzz on the left.

In March, he came in second place – more than 60 percentage points behind the speaker of the house. In California’s open primary system, candidates for all parties participate in the first round of elections. And the top two vote-getters make it to the general elections, which will take place on 3 November.

The endorsement came at a time when Bloomberg was being berated by civil rights groups for his Muslim surveillance programme and “stop and frisk” policies that targeted black and brown communities.

Now, Shaniyat Chowdhury, a Marine Corps veteran and the son of Muslim immigrants from Bangladesh, is trying to unseat Meeks, who was first elected to Congress in 1998.

‘Palestinians should be protected as equal citizens with equal rights’

While Meeks has called Israel “our strongest ally“, Chowdhury has a section on his campaign website titled “free Palestine”. In it, the candidate stresses that all people, including Israelis and Palestinians, must have equal rights.

“The people of Palestine have not only been displaced from their homes but are classified as second-class citizens in the region. Palestinians should be protected as equal citizens with equal rights,” the statement says.

Chowdhury also questions the US alliance with human rights abusers, including Saudi Arabia and Egypt.

The New York congressional primaries are on 23 June.

Not far from New York, where AOC was elected and many of the party’s old guard are being challenged, Arati Kreibich is taking on a first-term conservative Democrat in New Jersey.

After less than two years in Congress, Josh Gottheimer has established himself as one of the most conservative and vocal Israel supporters in the Democratic caucus.

Last year, Palestinian-American Congresswoman Rashida Tlaib accused Gottheimer of being a “bully” after the two met and he confronted her about a list of statements that he attributed to her and said were antisemitic.

Earlier this year, he lauded Trump’s plan for the Israeli-Palestinian conflict, calling it an “opportunity” to achieve the two-state solution.

While Kreibich is not as progressive as some of the other challengers on the Israeli-Palestinian conflict, she remains miles to the left of Gottheimer on the issue.

“Because of our special relationship with Israel, the United States has a responsibility to draw attention to actions of the Israeli government when they are not in line with our countries’ shared democratic values; we must call on the Israeli government to uphold the values that align our two nations. Palestinians are entitled to basic human rights, and Israel is entitled to national security,” she says on her campaign website.

Kreibich, who was endorsed by former Michigan gubernatorial candidate Abdul El-Sayed, calls for ending Israeli occupation of the West Bank and condemning Trump’s “deal of the century”.

The New Jersey congressional primaries are on 7 July.

Ali Harb is a writer based in Washington, DC. He reports on US foreign policy, Arab-American issues, civil rights and politics.