You Are Here: Home → Israel’s policy of constant adversity 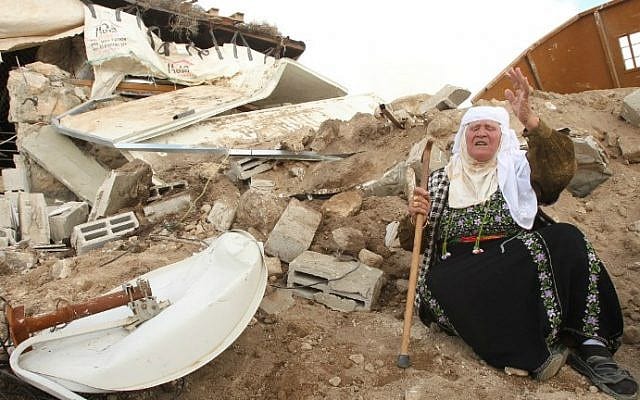 A Palestinian woman sits next to the remains of her home after it was demolished by Israeli bulldozers in a disputed military zone in the area of Musafir Jenbah, south of the West Bank town of Hebron, on February 2, 2016. (AFP/Hazem Bader)

Every day of the year, the International Middle East Media Center (IMEMC) reports on incidents that Palestinians endure. It isn’t hard to detect patterns: home demolitions, land confiscation, abduction, and mistreatment of political prisoners are daily occurrences. Below are just some of the accounts reported by IMEMC for April 10, 2019. Each includes background information on the issue and part of the article. (You can see IMEMC’s latest reports along the right-hand side of the blog under “Headlines from the region.”)

from If Americans Knew, reposted from IMEMC 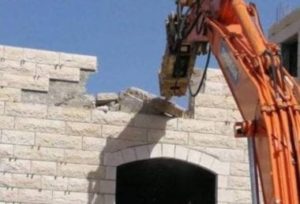 [Editor’s note: Jerusalem is governed by Israel. According to a recent report, Israel has demolished 5,000 Palestinian homes in Jerusalem alone since 1967. The  UN reports that between 2010 and 2014 – the most recent data available – Israel approved only 1.5% of all Palestinian requests for building permits. Israeli NGO B’tselem indicates that while Palestinians account for 40% of East Jerusalem’s population, only 15% of that city’s land area is zoned for residential use by Palestinian residents. Thousands of additional homes have been demolished in the West Bank, and Israel famously demolishes entire Bedouin villages as well – some multiple times.]

The Israeli “City Council” in occupied East Jerusalem issued, Wednesday, demolition orders targeting several homes in the al-‘Isawiya town, in the heart of the city.

Raed Abu Mayyala, a member of the Follow-Up Committee in al-‘Isawiya, said dozens of soldiers, accompanied by members of the City Council, invaded the town, before breaking into many homes and buildings. He added that the soldiers handed several Palestinians the demolition orders and summoned many of them for interrogation.

The Israeli authorities are claiming that the buildings were constructed without permits from the City council.

While Israel continues to build and expands its illegal, segregated colonies, the Palestinians are constantly denied construction permits, and even the few who receive them end up paying large amounts just for the paperwork, in addition to the already high fees imposed on the permit applications… 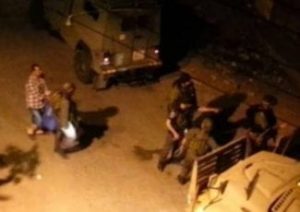 [The abduction of Palestinians, especially children, by Israeli soldiers is an everyday event in the West Bank. Most of the incidents occur in the middle of the night, with dozens of soldiers bursting into a home and taking away family members, often blindfolded, into custody. The Palestinian Detainees’ Committee reported that in 2018 alone, Israeli soldiers abducted 6489 Palestinians – including 750 patients or wounded Palestinians, 250 children and 54 women. Since 1967, 40% of the adult male population in the West Bank and Gaza Strip, or roughly 800,000 people, have been the victim of some form of detention by Israel. 8,000 Palestinian children have been arrested since 2000.]

The Palestinian Prisoners’ Society (PPS) said the soldiers abducted ten children in Silwan town, including two who were taken prisoner while heading to their school when the soldiers assaulted and abducted them.

The soldiers assaulted and injured the two children, before taking them to an interrogation center in the occupied city…

[The Israeli military has been using tear gas liberally against protestors in the Great March of Return – but not always in the conventional way: often they “use tear gas canisters as a weapon directly aimed at the bodies of peaceful participants.” On a single Friday last month, 45 Palestinians were directly hit by tear gas canisters – three of whom were medics, and one was a journalist. At least five children have died after being hit in the head or chest. Israel also uses tear gas against children, frequently firing canisters into school buildings while classes are in session.]

Dr. Ashraf al-Qidra, spokesman for the Ministry of Health in the Gaza Strip, says that the number of Palestinian protesters injured during anti-occupation protests, along the fence separating the besieged enclave and the occupied territories, clearly points to the fact that Israel is dogged to either kill or maim the demonstrators… 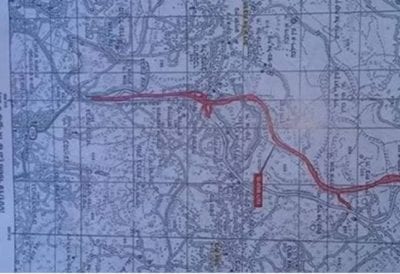 385 Dunams of Palestinian Land to Be Seized By Israeli Authorities

[In the fifty-plus years since Israel’s occupation of the Palestinian territories – a move that in itself was in breach of international law – the Jewish State has committed further violations by transferring over 600,000 of its citizens into the Palestinian territories and settling them on land unlawfully appropriated – in many cases on private Palestinian property. According to Al Jazeera, 42% of the West Bank is controlled by Israel in the interest of illegal settlers on at least 150 settlements. As settlement populations grow, Israel confiscates more and more Palestinian land for expansion of housing, roads, and “security perimeters.”]

The Israeli occupation authorities and the military have issued orders illegally confiscating 401 Dunams (99.0893 Acres) of Palestinian lands, to pave a new segregated colonialist road which will also lead to the confiscation of an additional 1273 Dunams (314.5 Acres), as part of a large colonialist project in the southern part of the occupied West Bank, including linking colonies with Gush Etzion Bloc, and occupied Jerusalem.

The Israeli authorities said that the new road would “serve the public’s interests,” and provide better commute and “security for both the settlers and the Palestinians,” which, in other words, means it is a segregated road.

[The road construction will pass through at least five Natural Basins, will cut through farmlands and orchards, a graveyard, a playground, an agricultural college, and several archeological areas, and will lead to the annexation of many hundreds of additional dunums.]

The Palestinians were given 50 days to file appeals, a process which is usually eventually denied by Israeli courts that serve the interest of its occupation of the West Bank. 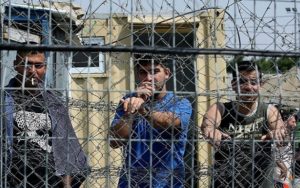 [According to Israeli NGO B’tselem, as of the end of February 2019, Israel was holding 5,248 Palestinian security detainees and prisoners, under deplorable conditions. According to international human rights law, prisoners must be guaranteed basic human rights, which include the right to maintain a family life and freedom from torture and other forms of cruel, inhuman or degrading treatment. Since 1967, 72 Palestinian political prisoners have died as a result of torture by Israeli prison authorities, according to Jerusalem-based prisoners’ rights group Addameer.]

On Monday, 08 April 2019, the Palestinian Prisoners’ Movement in the Israeli Prisons declared the start of a hunger strike after the negotiations failed and the Israeli Prison Service (IPS) refused the detainees’ legitimate demands, which constitute the most basic legal rights guaranteed under international laws and standards.

According to information obtained by the Palestinian Center for Human Rights (PCHR), groups of detainees, including leaders of Palestinian factions, started an open hunger strike in “Rimon,” “Negev” and “Nafha” within their new so-called ” Second Battle of Dignity.”

Moreover, as planned, other successive groups of detainees will join the hunger strike from other prisons in the upcoming days until a comprehensive strike is reached in all prisons on 17 April 2019, which marks the Palestinian Prisoner’s Day.

This hunger strike, which is considered as the hardest choice for the detainees, comes after the negotiations between the IPS and leaders of factions in the Palestinian Prisoners’ Movement inside the Israeli prisons have failed.