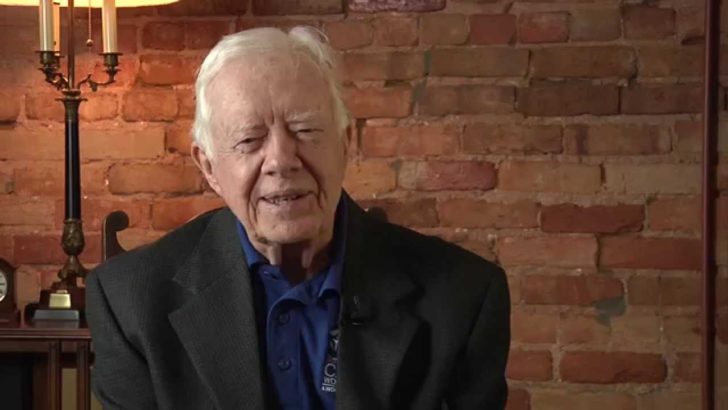 Former President Jimmy Carter encourages the House of Representatives to reject S.1, the anti-BDS bill: “Under our Constitution, people and legal entities have the right to express political views without fear of consequences.”

reposted from the Carter Center

In the past year, 26 states in the U.S. have adopted legislation to discourage support to the “Boycott, Divestment, Sanctions” (BDS) campaign advocated by Palestinian activists. The campaign aims to pressure Israel to respect Palestinian rights. These laws apply to individuals and business entities, and prevent them from receiving U.S. government contracts. Courts in Kansas and Arizona have struck down anti-BDS laws, declaring them unconstitutional as they infringe on rights protected by the First Amendment to freedom of expression.

On February 5, 2019, the US Senate adopted a bill to safeguard the right of states to adopt such anti-BDS laws. While stressing that they do not support the BDS movement, 23 senators opposed the anti-BDS provision on grounds that it is unconstitutional. The bill is now pending in the House of Representatives. [Read the text of the bill here. The bill would also decree that the U.S. give Israel a minimum of $38 billion over the coming ten years, over $7,000 per minute – approximately $23,000 per Jewish Israeli family of four]

“Under our Constitution, people and legal entities have the right to express political views without fear of consequences,” stated former U.S. President Jimmy Carter. “U.S. courts have protected the right of individuals to participate in boycotts as a form of political protest. The same protection applies to the right to advocate or oppose BDS. The House of Representatives should reject this unconstitutional bill.”

A not-for-profit, nongovernmental organization, The Carter Center has helped to improve life for people in over 80 countries by resolving conflicts; advancing democracy, human rights, and economic opportunity; preventing diseases; and improving mental health care. The Carter Center was founded in 1982 by former U.S. President Jimmy Carter and former First Lady Rosalynn Carter, in partnership with Emory University, to advance peace and health worldwide.