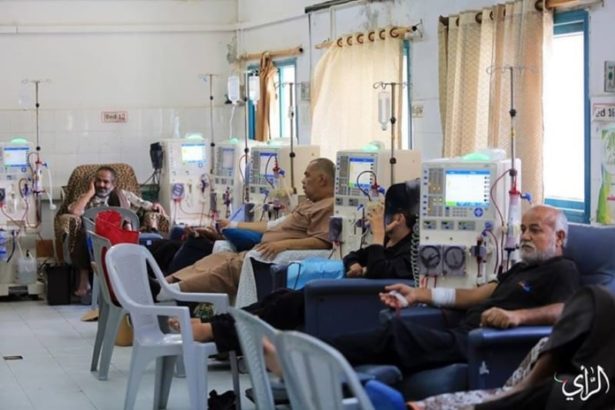 Gaza is running out of medicine. The US, which has for decades supported the United Nations agency tasked to help Palestinian refugees, has cut off all funding. We need to step in and pressure our leaders to reverse this decision.

Nadia works in a Gaza City hospital, where she cares for cancer patients and men and women with chronic illnesses.

On Facebook, she describes herself as a “humanitarian activist” – whatever that looks like for someone living inside a prison. How do you effect change when your society is being systematically dismantled, and your people are invisible at best, “terrorists” at worst? When your voice, crying in the wilderness, is unheard and unheeded?

Nadia calls out Israeli crime because she can’t stay silent:

Nadia reached out to us at If Americans Knew to see if we could help. She said, “I want you to publish a report on Trump’s impact on halting health aid to UNRWA in Gaza.”

She is referring, of course, to the apparently unilateral decision from the Trump administration to totally and completely cut off aid to the UN agency tasked with bringing food, health care, social services, and education to Palestinian refugees.

UNRWA, the United Nations Relief and Works Agency, has remained on the job since May 1, 1950, for one reason: because no one has solved the problem of the Palestinian refugees. They were made refugees during the 1948 war in which the new state of Israel took over 78% of historic Palestine. 750,000 indigenous Palestinians fled or were exiled from their homes, and Israel has refused to let them return – in spite of international humanitarian law and United Nations directives.

Now of course there are many more refugees – 5.4 million.

State Department spokesperson Heather Nauert released this statement on August 31, 2018: “The Administration has carefully reviewed the issue and determined that the United States will not make additional contributions to UNRWA.”

“The U.S. will no longer commit further funding to this irredeemably flawed operation,” the statement went on, adding that the administration is “deeply concerned” about the effect that UNRWA’s “failure” has had on Palestinian children. Nevertheless, US contributions stopped.

As UNRWA scrambled to find new donors, its commissioner announced that

No matter how often attempts are made to minimize or delegitimize the individual and collective experiences of Palestine refugees, the undeniable fact remains that they have rights under international law and represent a community of 5.4 Million men, women and children who cannot simply be wished away.[to the Palestinian refugees:] we will not fail you. Our partnership with you is stronger than ever. Your Dignity is Priceless.

Nadia reported that “patients in Gaza did not receive free treatment and medicines for chronic diseases. The health situation is very difficult. Renal failure drugs are not available in free hospitals.”

With a little prodding, Nadia revealed to me that she is a widow – her husband was killed in the 2014 war, and she raises 2 young children on her own.

As we chatted, I benevolently promised Nadia that her story would be heard.

But benevolent storytelling won’t restore health to a cancer patient. She needs more. She replied, “well, but can you help us?” She just wants medicine to give her patients. One of those patients is her mother.

“Are there people who can communicate with me and help patients?” she pleaded.

Stop and think about that with me, please. For one minute, think about what Nadia is asking.

The answer is, yes we can. The caveat is that we just don’t want to be bothered.

But there are very sick people in Gaza. These people. 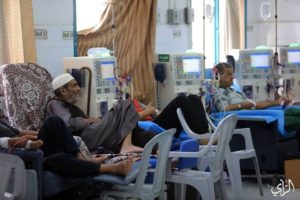 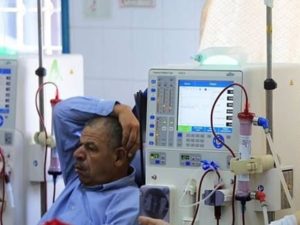 We have looked the other way while these men have witnessed countless injustices. Some of them no doubt remember the Nakba. Their children and grandchildren have lived their whole lives under occupation.

Reading a story and feeling sad or mad won’t change anything.

Maybe, before these men are gone, we can do something for them.

So how about we all allow ourselves to be bothered for just 5 minutes?

How about instead of moving on to the next activity, we self-interrupt and take some action for the sake of Nadia and all the others in Gaza. Our president has taken almost everything that sustains them, and no one in Washington stopped him. The United States plunks down $10+ million a day (not a typo!) in military aid to IsraelWe have to step in.

Now you’re a humanitarian activist too!

There will be more for you to do in the coming days. Many small actions by many people add up to a movement, and the people of Palestine need a movement. Thank you for caring.