You Are Here: Home → Trump is willing starve Palestinians into compliance with his Deal of the Century 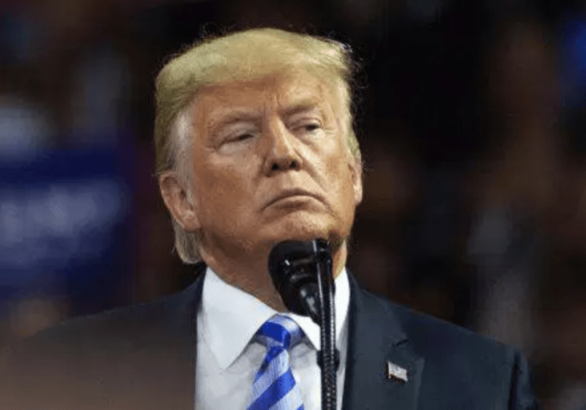 The Trump administration has permanently cut $250 million in aid for the Palestinian West Bank and Gaza, saying the appropriated funds will be “redirected” elsewhere.

Palestinians have always had just 3 wishes: a capital someday in Jerusalem, a return to the 1967 borders, and the Right of Return. Between Trump and Israel, there’s nothing left to even dream of: the barest minimum is disappearing – food, medicine, the title of “refugee.”

President Trump seems to think he’s the perfect blend of Santa Claus and Scrooge. On Tuesday, he revealed that since Israel got its present last May – the embassy (what a glorious day) – the Palestinians will now “get something very good” because “it’s their turn next.”

What could it be? A pony? What could the Palestinians possibly wish for?

Ever since the 1948 Nakba, Palestinians have had only 3 modest longings.

Of course, Jerusalem is now just a memory to Palestinians: Trump essentially gave it as a Hanukkah gift to Israel last December.

(My Jewish acquaintances responded in the days following, “well, Jerusalem was ours all along, so this just makes it official. It’s no big deal. Nothing has changed.” Does this indicate ignorance or privilege, or perhaps a combination? Because for every Palestinian in the world, a part of their soul died that day.)

President Trump explained that his idea was brilliant (not stupid and reckless, like we thought): he had “taken Jerusalem off the table,” so now it’s no longer a point of contention. So simple, yet so elegant. This should streamline the peace process. Definitely.

As for the 1967 borders, Palestinians recognize that’s a pipe dream. Settlements are growing, unimpeded – in spite of the United Nations’ frequent reminders that settlements are illegal. Israel is apparently the exception to every rule – breaking international laws, shooting unarmed people, imprisoning children, ethnically cleansing villages, dropping bombs on civilians.

Yep, that’s the country with which we share an “unbreakable bond based on common values.” These inspiring words have been uttered countless times by our Congress people, in spite of the above atrocities.

(Our legislators have a point: the United States and Israel have both treated indigenous peoples somewhat unreasonably; both have behaved rather shamefully toward minorities; each believes itself to be “a nation of immigrants” with total disregard for the natives of the land, and selectivity about which immigrants are desirable. We do have much in common.)

But to return to the issue of the settlements: there are now over 600,000 Israelis living on Palestinian land in the West Bank and East Jerusalem. Although there was plenty of available land within Israel, they took Palestinian land to build homes, schools, settler-only roads (does that sound like apartheid?); they created roadblocks so that Palestinians couldn’t drive or walk near settlements; they built a 25-foot-high concrete wall that blocks many Palestinians from their own families, farmland, schools, and businesses.

(Don’t bother with the argument that “the wall keeps the terrorists away,” because it doesn’t fly. It took 15 years to complete the wall – that means for 15 years, people could go around it. As recently as 2017, tens of thousands of Palestinians were illegally slipping into Israel every day – mostly through gaps where the wall had not yet been completed. Also, 1.5 million Palestinians live in Israel. One more thing: take a look at any detailed map of the wall, and you will see that – heavens to Betsy –  some settlements are on the same side of the wall as the Palestinians. So really, it is only the good will of Palestinians that will keep Israelis safe.)

So, in order for Palestinians to see their dream fulfilled, to return to the 1967 borders, 600,000 settlers would have to be relocated. Back in 2005, when only 8,000 settlers were evacuated from Gaza, they were given a generous compensation package and all kinds of incentives, totaling – in 2005 dollars, mind you, for just 8,000 settlers, mind you – about $2.5 billion. Israel “asked” the US to pay at least $2 billion of that, which is only fair since the US also paid for the building of the Gaza settlements to begin with. Someone (I’m guessing not Israel) would have to cough up a rather large sum today to relocate 600,000+ settlers.

But not to worry. According to US Ambassador to Israel David Friedman, Israeli settlers “aren’t going anywhere.” More and more settlers today – and the IDF soldiers who would enforce an evacuation – believe that the land in question was not snatched away from Palestinian farmers, but “given to them by God.” Resistance against any relocation program would be fierce, so it’s out of the question. Sorry, Palestinians. You’ll have to make do.

Golly, it’s a shame that the Israeli government actually encouraged ideological settlement, and that the Israeli Supreme Court approved settlement building time and time again (although the UN has declared settlements illegal), because now Palestinians are stuck with the burden of Israel’s failure to think ahead.

Right of Return? No can do.

A Jewish, Zionist acquaintance of mine explained why the Right of Return can never happen: Israel needs to have a Jewish majority. If a bunch of non-Jewish “Arabs” (um, they’re Palestinians) came swarming in, the Jewish State would no longer be Jewish.

Never mind that the United Nations guaranteed the Right of Return to the Palestinians in 1948. It’s just not really convenient.

Gee, maybe the founding fathers of the Jewish State should have thought about that 70 years ago. Their neglect to plan ahead is now the burden of several million Palestinian refugees.

But again, not to worry! President Trump will take care of it. When he’s not busy figuring out how not to get impeached, he’s working on a scheme to strip the refugee status from all but 20,000 Palestinians – rendering the Right of Return practically meaningless. (Not exactly the fix that Palestinians were hoping for.)

Which would also kill the last of the Palestinians’ dreams.

Thanks but no thanks

When Trump announced the embassy move, Palestinians suspended contact with him and his Dream Team. Clearly he is too partisan to be trusted. He went on to cut $65 million in funding to UNRWA; week after week he has ignored Gazan deaths during the Great March of Return; he wants to disappear millions of refugees.

Now suddenly he says “it’s your turn,” and he expects Palestinians to come running back, ready to accept whatever crumbs he wants to drop on them? Is he surprised that they aren’t interested in his trinkets?

Spurned and insulted by this indifference, now Trump has also cut $251 million in economic aid to Palestinians. If there was any food or medicine left after the cuts to UNRWA, Palestinians can now count on starving until they get on the Trump Train.

What kind of “deal” is so bad that you have to be forced to take it?

And have you met Palestinians, Mr. Trump? They don’t cave.

In the words of Hanan Ashrawi,

There is no glory in constantly bullying and punishing a people under occupation. The US administration has already demonstrated meanness of spirit in its collusion with the Israeli occupation and its theft of land and resources; now it is exercising economic meanness by punishing the Palestinian victims of this occupation.

No, President Ebenezer Scrooge, you won’t get Palestinians to sign on any dotted lines by persecuting them – they have mastered the fine art of survival in the face of oppression. They will settle for nothing less than justice.