You Are Here: Home → The Olympics: Do Only Israeli Victims Matter?

The Olympics: Do Only Israeli Victims Matter? 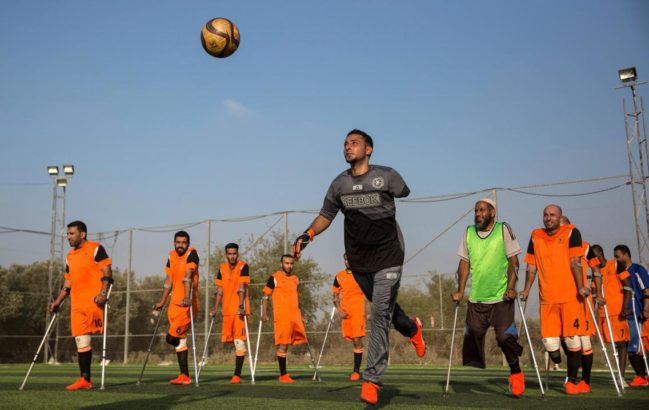 The 2021 Olympics opening ceremony featured a moving commemoration for Israeli athletes who tragically died half a century ago, but the tribute failed to highlight a tragedy going on now that the world could stop: the desperate plight of Palestinian athletes suffering under Israeli occupation, many of whom have been shot, maimed, and sometimes killed by Israeli forces…

To fill in the relevant facts, below are recent news items about Palestinian athletes, followed by our 2014 article containing little-known information about the tragic 1972 event…

The standard narrative on the incident – including the Olympic tribute – omits critical details. For example, Israeli forces had killed hundreds of men, women, & children in the lead up to the heart-rending Olympics event; the plan of the hostage-takers was to return the Israeli athletes in exchange for Arab prisoners that Israel was holding under horrific conditions; the event turned lethal when Israel rejected the opportunity to resolve it peacefully, initiating a botched, chaotic assault on the hostage-takers in which many of the athletes were accidentally killed by their would-be rescuers; the day after the incident, Israeli forces killed hundreds more innocent civilians.

3 young men in Gaza: a surfer, a boxer, and a volleyball player, whose dreams were destroyed by snipers’ bullets as they stood watching or helping the injured at the Great March of Return…. Read more

Abudullah is one of a great cloud of witnesses

Meet Abdullah. He is 13. He lost a leg to an Israeli sniper bullet. This not a human interest story about a cute kid determined to beat the odds after a tragic accident. This is a story of the horror that Gaza has become for nearly every family… Read more

Alaa ad-Dali is a young man who had a dream… He was the Gaza cycling champion. He won the Tokyo Race twice in a row… After an Israeli sniper shot him, his family tried to get him transferred to a hospital where there was a chance of saving his leg. The Israeli authorities wouldn’t allow it… 138 young people in Gaza have lost legs in the protests at the fence as a result of IDF sniper fire… Read more

’42 Knees in One Day’: Israeli Snipers Open Up About Shooting Gaza Protesters

Over 200 Palestinians were killed and nearly 8,000 were injured during almost two years of weekly protests at the Israel-Gaza border. Israeli army snipers tell their stories… “Think about it: There’s a whole generation of children there who won’t be able to play soccer…” Read more

Some of Gaza’s 2,500 lower-limb amputees have created a team, and they have their sights set on the World Championship… all its members are aged between 13 and 42 years old & have a leg amputated due to being injured during the past three wars Israel waged on the Gaza Strip since 2008… Read more

Israeli soldiers have shot 7,000 demonstrators in Gaza over the past year with live ammunition. Now 1,700 of them have shattered limbs that may need to be amputated if Gaza doesn’t receive emergency help. Already, over 120 people have had arms or legs amputated, including 20 children… Read more

From blocked shipments of equipment to a lack of access to Olympic-sized, or even just adequate, training facilities, the six athletes of Team Palestine have overcome the odds to compete in the 2016 Games… Read more

Some 250 physically disabled athletes cannot participate in regional and international competitions because Israel bars most of them from traveling…. Read more

Israel bans entry for most players on Gaza soccer team

A footballer from Gaza, Mahmoud Sarsak, aged 25, has been imprisoned for nearly three years. No charge, no trial. In desperation, he has been on hunger strike for more than 80 days and is now close to death… Read more

Mohammed Khalil, who played for a football club in the Gaza Strip, was apparently shot by an Israeli soldier as he protested near the border last week… Read more

Munich Olympics, Revisited: Do Only Some Massacres Matter?

When the Israeli government refused to consider an exchange, the German police, with the Mossad at hand, were pushed into an ill-planned rescue attempt in which some of the hostages (no one knows how many) were killed accidentally by the attackers, and a German policeman was also killed

In the lead up to the event, and in the day following it, Israeli forces killed hundreds of men, women, and children…

The Washington Post has published a moving article, “Russian Jews remember Israeli athletes murdered at 1972 Munich Olympic Games.” Unfortunately, it gets a few things wrong and provides a one-sided context for the tragedy.

Allow me to correct the report and fill in a few of the missing facts.

Just 23 years before the Olympic incident, Israel had been created through ethnically cleansing much of the indigenous Palestinian population.

This had been accomplished through at least 33 massacres and was maintained in the years following by still more acts of ethnic cleansing and additional massacres. (These included areas from which the Munich kidnappers came).

[See a documentary about one of the massacres here.]

Five years before the Munich incident, Israel violently conquered even more Palestinian land (illegal under international law), pushing out another 325,000+ Palestinian men, women, and children, and killing at least 13,000 Arabs in all. About 800 Israelis died. 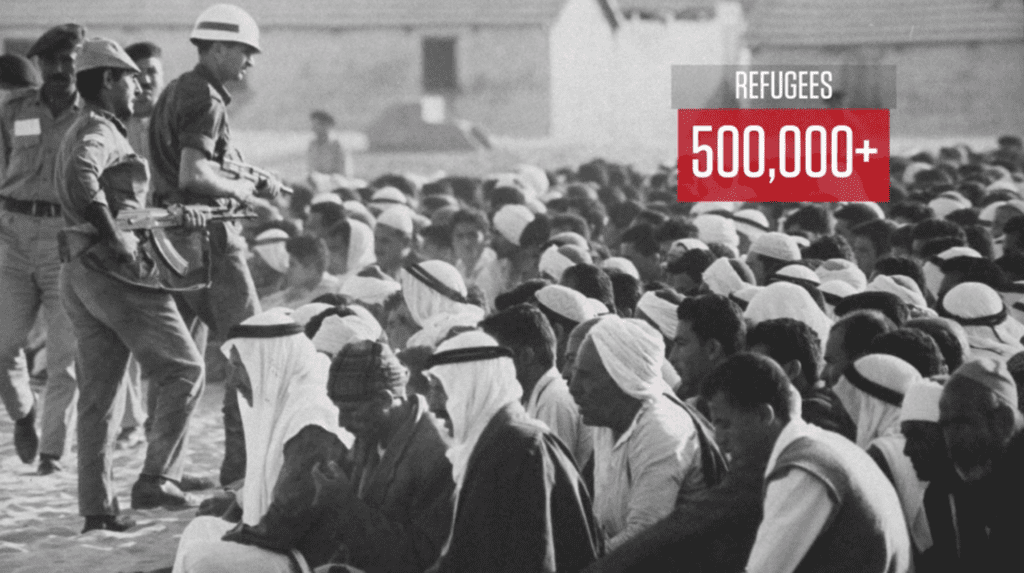 The violence continued, and beginning in 1968 Israeli forces repeatedly savaged 150 or more towns and villages in south Lebanon alone. By the time of the Munich Olympics, Israel held hundreds of prisoners in its notorious prison system.

It is widely known, but rarely stated, that the goal of the Munich hostage-taking was not to kill them; it was to return the athletes to Israel in return for Israel returning its Palestinian prisoners.

Many of these prisoners were also young people, and, if we could have seen them, they might have looked very much like the Israeli athletes, minus the physical health. Israel is not known for its merciful treatment of those it dislikes.

When the Israeli government refused to consider an exchange, the German police, with the Mossad at hand, were pushed into an ill-planned rescue attempt in which some of the hostages (no one knows how many) were killed accidentally by the attackers, and a German policeman was also killed.

The day after the botched and unnecessary “rescue,” Israel launched heavy air attacks against Lebanon and Syria, killing between 200 and 500 Lebanese, Syrians and Palestinians, mostly civilians.

While Washington Post reporter Kathy Lally gives a great deal of information about the position of Russian Jews, going back over 100 years, it would have been valuable for her to tell a little about what the Munich incident was about – and about all the tragic victims of violence connected to the event, not just the 11 preferred ones.