You Are Here: Home → Abudullah is one of a great cloud of witnesses

Abudullah is one of a great cloud of witnesses 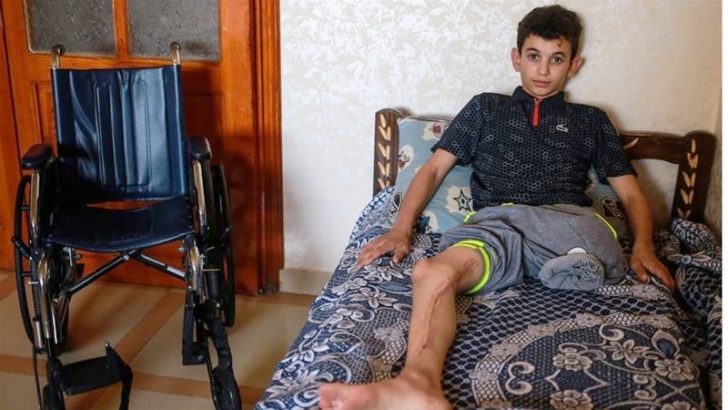 Meet Abdullah. He is 13. He lost a leg to an Israeli sniper bullet. This not a human interest story about a cute kid determined to beat the odds after a tragic accident. This is a story of the horror that Gaza has become for nearly every family.

Abdullah lives in the Shujaiyeh neighborhood of Gaza. He must be familiar with the resistance mentality: he was about 9 years old when Operation Protective Edge decimated his town.

Abdullah has most likely gone hungry a few times (or many times) because of the blockade. Probably he has had to do homework by candlelight because of electricity shortages. It’s entirely possible that he has lost relatives and friends during his short life, that he has had to evacuate his home because of Israeli air strikes. He’s no doubt heard his father curse Israel’s brutality, seen his mother cry in frustration over the injustice of it all, and prayed at the mosque on Fridays for protection, for peace. 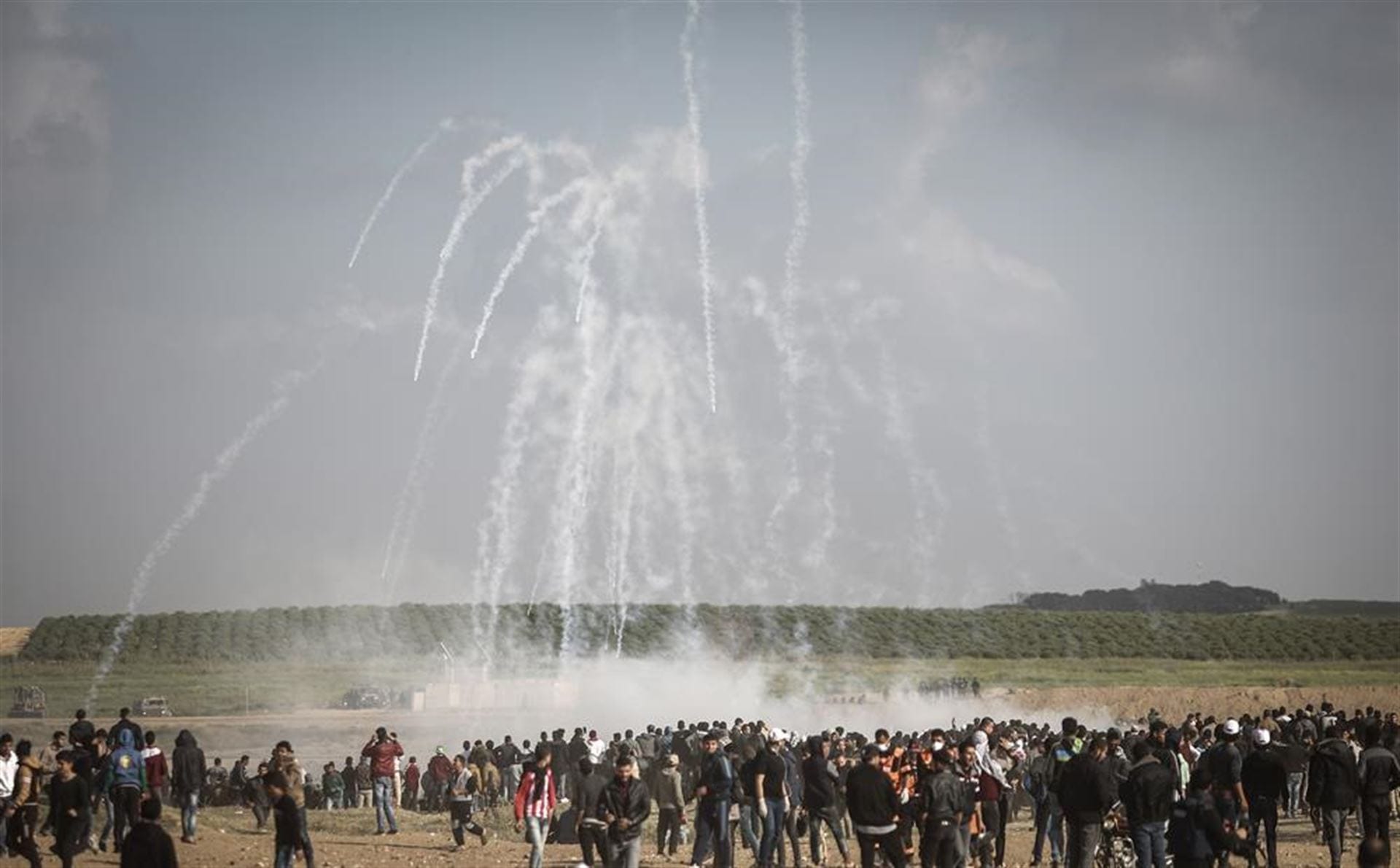 The Great March of Return, in which Abdullah lost his leg, is not a new phenomenon. Palestinians have been resisting ever since the injustice began, over 100 years ago. The March is just the latest iteration of the struggle. It is the struggle of all Palestinians, not just the adults or the men or even the Hamas fighters.

Parents must have mixed feelings when their children want to go to the border: “No, please, just stay home. I don’t want something to happen to you!” vs. “Yes, of course, resist the occupiers. We can’t just stay home and do nothing.”  The dilemma is that either way – resistance or compliance – is going to end badly for Gazans. Israel must be loving this, because it is responsible for the perpetuation of the conflict.

This particular vicious cycle started with Israel’s occupation in 1967 of the little that remained of Palestine – 22% that was left from the takeover of 1948. Occupation, by international law, is supposed to be temporary. 51 years does not meet that criterion. Regardless, the occupier has certain responsibilities, which Israel has not upheld.

And that brings us back around to resistance. The people of Gaza (as well as the other Palestinian territories, the West Bank and East Jerusalem) are trying to change the status quo because it is intolerable. While prolonged occupation is illegal, resistance – even armed resistance – is legal under international law.

It is in this context that 13-year-old Abdullah made his way, slingshot in hand, to the border with Israel last month. 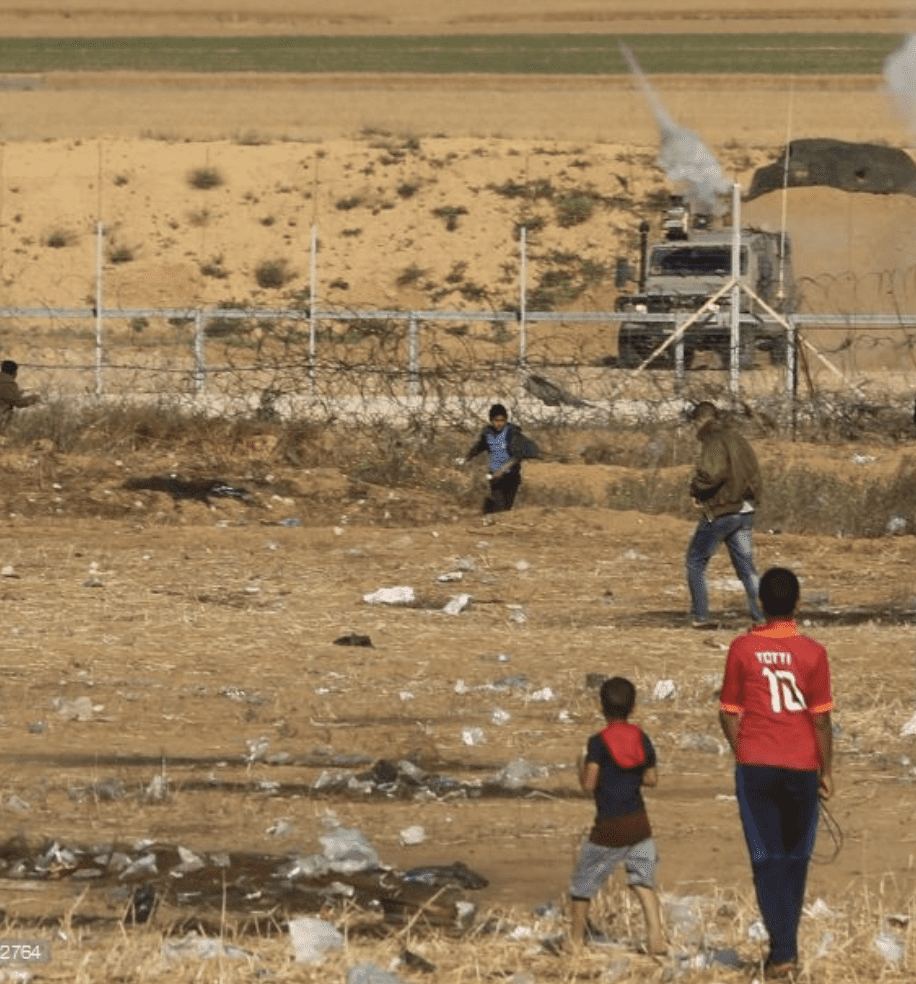 As he tells the story, things were quiet – it was Thursday, not Friday, the big protest day.

“I went near the fence and starting throwing rocks,” he explained. “Then as I started to climb the fence, I saw an Israeli soldier hiding in the bushes.”

Before he could think, the soldier shot him in the leg.

Now we could pause here and congratulate the soldier for choosing a nonlethal target. We could applaud his “restraint.” Or we could ask some obvious questions.

Why did you shoot a child? You could have just yelled for him to get off the fence. Why is your army using exploding bullets that cause “massive wounds, indicating that an explosion happened inside the body”? One Palestinian doctor who has treated gunshot victims in the last 3 Gaza “wars” reported to CNN that “The bullet itself is different from before,. We used to find intact bullets. Now we don’t. We just find shrapnel.”

Another obvious question might be, “Why are Gazans demonstrating anyway?”

Israel’s official response is, “Hamas wants civilians to die.” But the benevolent Israel chooses life: “The last thing we want is violence [or] confrontation,” according to Netanyahu. Which doesn’t square well with the close-range sniper fire and exploding bullets.

It is worth pointing out that Hamas is not running the protests – but even if it were, resistance is a human right according to international law.

According to eyewitnesses, Israeli soldiers dragged Abdullah to their side and put him into a waiting ambulance, then airlifted him to an Israeli hospital.

When his family was contacted hours later, they were not told of his condition, only that arrangements were being made for one parent to visit him.

The leg had to be amputated very high up. Abdullah had 3 surgeries (and will need more) and 2 weeks in intensive care. Once he became unresponsive and had to be resuscitated.

When doctors brought him out of a medically-induced coma and he discovered that his leg was missing, he became frantic. Abdullah and his father wept together over the loss.

Abdullah’s amputation experience is shared by nearly 30 other Gazans – and according to the Red Cross, this number could triple due to health care facilities’ inability to cope with the number of injuries.

According to the emergency department head in one Gaza hospital, at least half of the 15,000 injuries sustained in the protests have been from explosive bullets.

Families of the amputees and the severely injured will carry a heavy burden for the foreseeable future. Most will need multiple additional surgeries, physical therapy, and rehabilitation. Many will have lifelong disabilities and require care, while being unable to contribute to the family income.

Another burden that is harder to quantify is the emotional strain of the world’s apparent indifference.

While in the United Nations, most countries have taken a solid stand behind Gaza on multiple occasions, nothing is happening in terms of actually bringing a stop to Israel’s violence.

Israel is not known for backing down in the face of international pressure. Rather, it dismisses its critics (often as “anti-Semitic”) and labels Hamas as “a threat to the existence of the State of Israel” – as if the non-army of Gaza could do a particle of damage to one of the strongest military powers in the world. Hence the UN passes resolution after resolution, condemning Israel’s belligerent behavior, but nothing else ever happens. Hamas and Gazans take matters into their own hands, and so the cycle continues.

Abdullah probably doesn’t care about any of this. He has his hands full coping with all of the medical procedures, physical therapy, and no doubt PTSD recovery.

Abdullah’s family probably doesn’t even hear or care about what is happening in the UN, as its efforts have never amounted to a hill of beans for the people.

This is not a human interest story. Its intention is not to evoke emotion about a boy who lost a leg, but to illustrate just a sliver of the experience of countless Gazans. Americans have been complicit in this travesty. We have provided billion of dollars a year for Israel’s military, never once caring whether we were supporting a good cause or a perverse one.

Kathryn Shihadah is a staff writer for If Americans Knew and a blogger for Palestine Home.