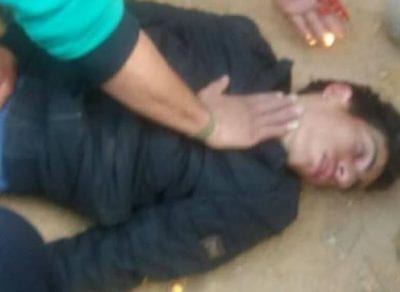 Medical sources have confirmed that a Palestinian teen, 19 years of age, died on Wednesday morning, from serious wounds he suffered last Friday, when Israeli soldiers opened fire at Palestinian protesters east of the al-Boreij refugee camp, in central Gaza.

The Palestinian, Ahmad Mohammad Abed-Rabbo Abu Hilo, 19, from the al-Boreij refugee camp, was shot by Israeli soldiers last Friday, and remained in a critical condition until he succumbed to his injuries, on Wednesday morning.

After his injury, Palestinian medics moved him to the Al-Aqsa Hospital, in Deir al-Balah, and later transferred him to the Shifa Hospital, due to the seriousness of his condition.

On the same day, the soldiers shot twenty-three Palestinians, including some who were shot with live rounds, after the army, stationed across the border fence, attacked protesters, who marched in several parts of the Gaza Strip.

On February 17, the Israeli army fired missiles and artillery shells in al-Shokah Palestinian village, east of Rafah, in the southern part of the Gaza Strip, and killed two Palestinian teens, identified as Salem Mohammad Sabbah, 17, and his friend, Abdullah Ayman Salim Irmeilat, 15.